In a new twist to controversial elections of the IOA, the International Olympic Committee warned of a possible ban on the national sports body if government regulations are followed in its poll on December 5.

In a joint letter to IOA acting president Vijay Kumar Malhotra and secretary general Randhir Singh, who himself is a presidential candidate, IOC and OCA chiefs Jacques Rogge and Sheikh Ahmad Al Fahad Al Sabah have asked the national Olympic body to clarify its stand by November 30, failing which the IOC will be forced to take a tough stand.

"From the letter of 19 November, it is our understanding that IOA is unable to confirm that IOA's elections will be held strictly in accordance with the rules of the Olympic Charter and the IOA's constitution currently in force. On the contrary, it is mentioned that the government regulations shall apply for the IOA's elections, thus ignoring the Olympic Charter and the IOA's constitution," the joint letter said. 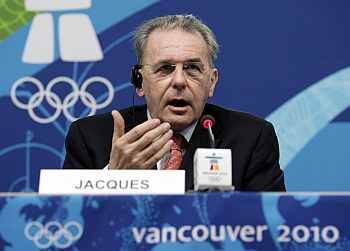 "The situation is therefore extremely confusing, not to say contradictory, since, on the one hand, the IOA is claiming that the government regulations derived from the 'Sports Code' interfere with the election process and are not acceptable; however, on the other hand, the IOA is saying that it is bound by those government regulations and will continue proceeding with the IOA elections on the basis of those regulations," the letter said.

The letter invited the IOA and the government authorities to refer to the applicable rules of the Olympic Charter in relation to the specific matter.

"Unless you rectify the situation with immediate effect and give a clear and and written guarantees to the IOC to ensure that the elections be held strictly on the basis of the Olympic Charter and the IOA's constitution, we inform you that a proposal for suspension of your NOC will be presented to the IOC Executive  Board at its next meeting on 4-5 December 2012, based on Rules 27.9 and 59.1.4 of the Olympic Charter," Rogge and Al Sabah said in their joint letter.

"In this case, the IOA would be invited to provide all necessary explanations and to present its position in writing to the IOC no later than 30 November 2012."

The IOC has also taken a dig at IOA for not clarifying its stand on the contentious issue before hand.

"As you are well aware, the IOC and OCA have objected on numerous occasions, and for more than two years, to the government regulations being imposed upon the IOA. In order to be as constructive as possible, the IOC has clearly identified the specific provisions of the government regulations that are not compatible with the principles and rules of the Olympic Charter in an opinion rendered on 10 June 2011 (which was was sent again to the IOA on 13 June 2012)," the letter read.

"Unfortunately, the IOC and OCA's position has been either ignored or challenged and the problem has not been resolved in due time by the responsible authorities and institutions. 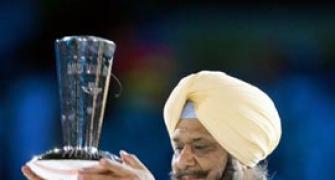 Govt steps in to resolve dispute over Sports Code