Eddie Nketiah continued his fine pre-season form with two goals as Arsenal produced a 3-0 victory over Fiorentina in the International Champions Cup in Charlotte on Saturday.

Arsenal fielded a young side with Nketiah, who scored the winner against Bayern Munich in Arsenal's last match, leading the line, and the 20-year-old wasted no time in finding the net again when he opened the scoring in the 15th minute.

Fiorentina pushed for an equaliser as Arsenal rang the changes in the second half, and two substitutes -- Henrikh Mkhitaryan and Alexandre Lacazette -- combined to create an unmissable chance for Nketiah to make it two in the 65th minute.

Defensive errors were again a common occurrence in the Arsenal backline, but Fiorentina failed to take advantage, and Joe Willock ensured the EPL side's second win from two games with a late third goal.

"I'm really happy but last year in small moments when we could give him (Nketiah) chances to be on the pitch he did very well," Arsenal manager Unai Emery said.

"His progress is impressive, we want progress with every player.

"He has a very good attitude and he needs experience, minutes and confidence. The young energy is very important."

Straight down the other end, Nketiah gave Fiorentina goalkeeper Bartlomiej Dragowski no chance, as he collected a pass from Sead Kolasinac, sidestepped the defender then fired into the bottom corner.

Nketiah was in the thick of it in the 35th minute too, but this time in defence, clearing a header from Federico Ceccherini off the line, before Riccardo Sottil was denied by another smart save from Martinez.

Arsenal switched to a back four for the second half, but the errors remained prevalent, with Vlahovic denied by a fine save from substitute goalkeeper Bernd Leno.

Further substitutions slowed the game down in the latter stages, but that did not stop Willock scoring his first goal of the pre-season.

Arsenal now head to the outskirts of Washington DC to meet Real Madrid and aiming to finish their U.S tour with a 100 per cent record. 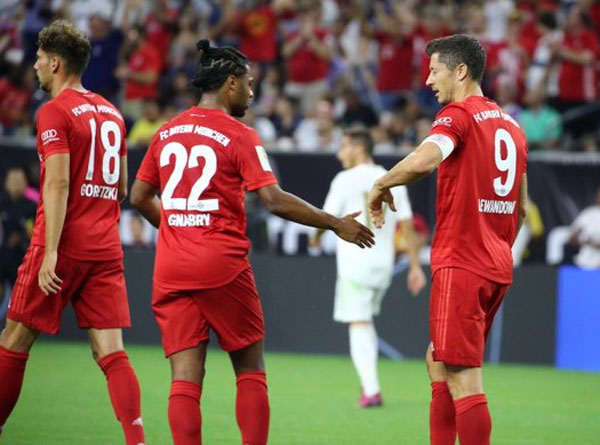 Both sides gave debuts to high-profile acquisitions in a game that featured appearances from 41 different players.

Real, who started with a full-strength side that included a debut for former Chelsea attacking midfielder Eden Hazard went 1-0 down after just a quarter of an hour.

David Alaba cut the ball back from the left and although Corentin Tolisso's first shot was saved off the line he hammered the rebound into the roof of the net to put the Germans 1-0 ahead.

Real, though, had the better of the first half with only Manuel Neuer's presence and Karim Benzema's profligacy preventing them from drawing equal in a relaxed but end-to-end match.

Bayern made five changes at the start of the second half and Real made 11, with Ferland Mendy and Rodrygo for Real and defenders Lucas Hernandez and Benjamin Pavard for Bayern among the big-name off-season arrivals making their debuts.

Real's young and speedy forwards started the second period on top but instead it was two of Bayern's substitutes who helped seal the result.

First Robert Lewandowski held off his marker to turn midway through the second half and fire a low shot home from 12 meters out and then Serge Gnabry took advantage of sloppy defending to score from a similar position two minutes later.

Rodrygo got a consolation goal from a free kick with six minutes to go after the most controversial moment of the match.

The Brazilian teenager went down as he ran through on goal and the referee showed Bayern's substitute goalkeeper Sven Ulreich a red card, even though replays showed there was no contact.

© Copyright 2020 Reuters Limited. All rights reserved. Republication or redistribution of Reuters content, including by framing or similar means, is expressly prohibited without the prior written consent of Reuters. Reuters shall not be liable for any errors or delays in the content, or for any actions taken in reliance thereon.
Related News: Eddie Nketiah, Bayern Munich, Arsenal, Real Madrid, Fiorentina
SHARE THIS STORYCOMMENT
Print this article 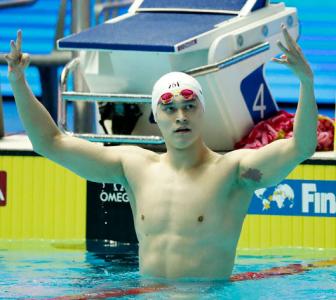 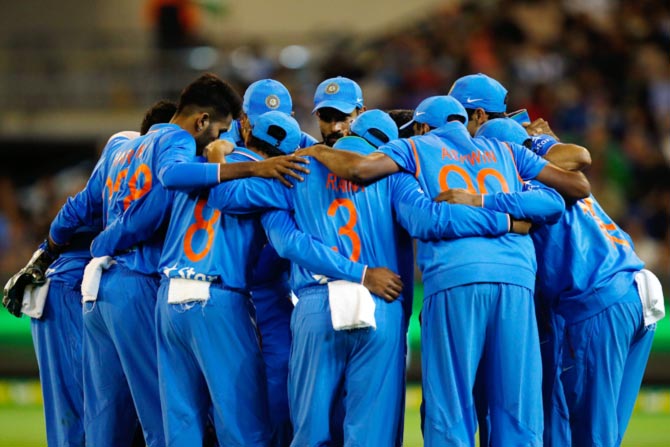 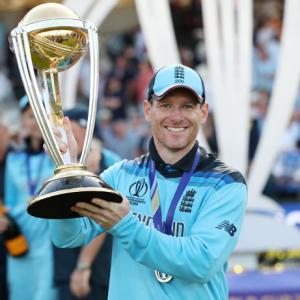