IndyCar to open season without fans on June 6 in Texas

'America needs live sports and they are not going to believe what they see when the Genesys 300 storms into their living rooms on TV from Texas.' 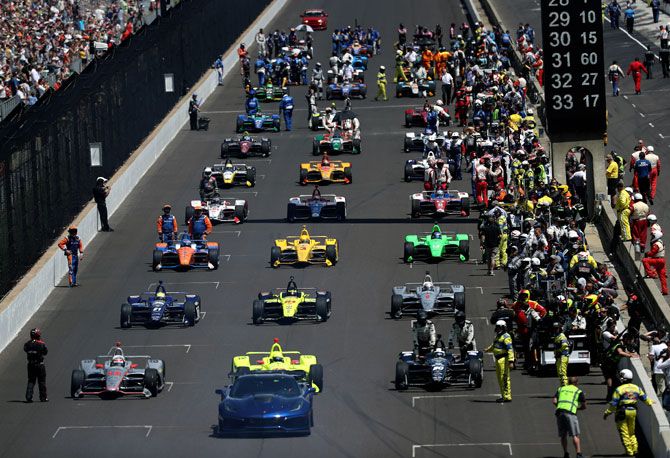 IMAGE: Cars start their engines during the 102nd Indianapolis 500 at Indianapolis Motorspeedway in Indianapolis, Indiana, on May 27, 2018. Photograph: Patrick Smith/Getty Images

IndyCar will open its delayed season on June 6 in Texas without fans in attendance and with strict guidelines to protect the participants amid the COVID-19 pandemic, it said on Thursday.

IndyCar, which postponed racing in mid-March over concerns about the novel coronavirus, said the Genesys 300 at Texas Motor Speedway (TMS) will now be a one-day event that includes practice, qualifying and the race.

IndyCar President Jay Frye said the sanctioning body worked closely with TMS and health officials on a plan to "ensure the safety of our event participants alongside an exciting return to competition for our drivers, teams and viewers tuning in from around the world."

IndyCar said there will be strict access guidelines limiting the number of personnel on site, as well as a health screening system administered to all participants and personal protection equipment provided to everyone entering the facility.

"America needs live sports and they are not going to believe what they see when the Genesys 300 storms into their living rooms on TV from Texas," said Eddie Gossage, president and general manager of TMS.

IndyCar, which earlier this year postponed the Indianapolis 500 to Aug. 23 from May 24, also said the remainder of the updated, 15-race IndyCar calendar for 2020, announced on April 6, remains on schedule for competition.

Earlier this week, NASCAR said its season would resume without fans on May 17.

© Copyright 2021 Reuters Limited. All rights reserved. Republication or redistribution of Reuters content, including by framing or similar means, is expressly prohibited without the prior written consent of Reuters. Reuters shall not be liable for any errors or delays in the content, or for any actions taken in reliance thereon.
Related News: TMS, Texas, IndyCar, NASCAR, Indianapolis Motorspeedway
SHARE THIS STORYCOMMENT
Print this article 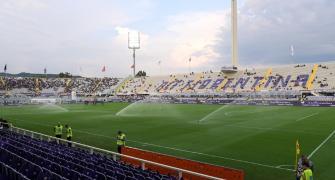 Serie A restart still on hold over medical protocol 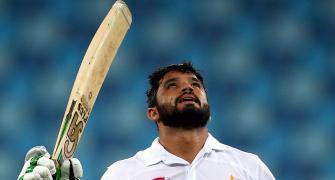 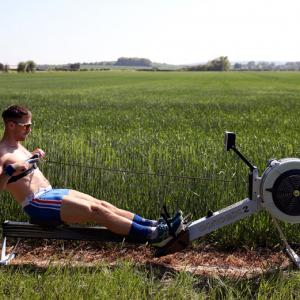 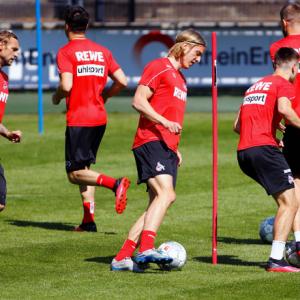 Germany's Bundesliga resumes on May 16 without fans