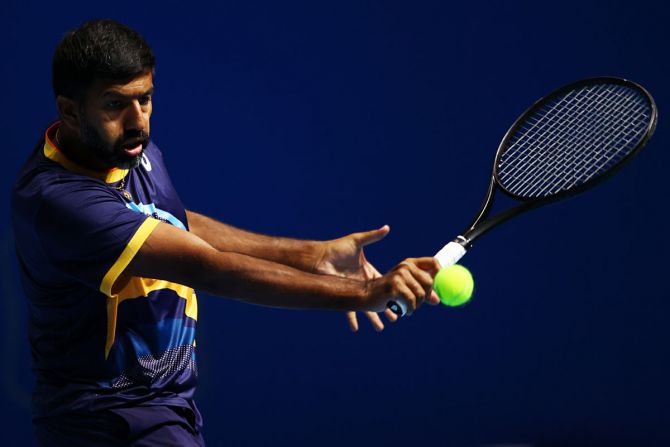 IMAGE: The 41-year-old Rohan Bopanna, ranked 40 in the world, is not defending any points this year at the Roland Garros. Photograph: Yong Teck Lim/Getty Images for Sport Singapore

India's Rohan Bopanna and his Croatian partner Franko Skugor advanced to the quarter-finals of the French Open on Sunday after the duo got a walkover in its men's doubles pre-quarterfinal clash against Netherlands' Matwe Middelkoop and Marcelo Arevalo of El Salvador.

Bopanna and Skugor will now face the Spanish pairing of Pablo Andujar and Pedro Martinez in the quarter-finals.

The unseeded Bopanna and Skugor had notched up a straight set win over Americans Frances Tiafo and Nicholas Monroe in the second round earlier this week.

The 41-year-old Bopanna, ranked 40 in the world, is not defending any points this year at the Roland Garros.

The Indian needs to earn points since this is his last chance to improve his ranking. The rankings on June 10 will be considered for entry into the Tokyo Olympics. 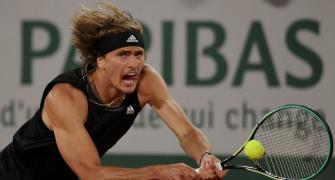 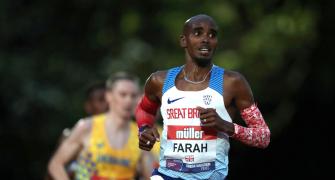 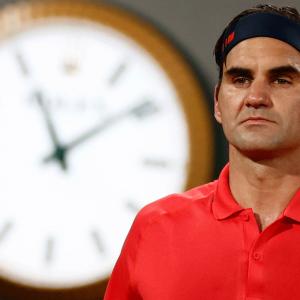 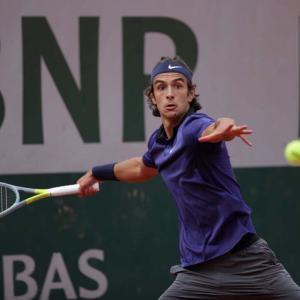