Young goalkeeper Moirangthem Dheeraj Singh got his maiden call-up into the national team after head coach Igor Stimac included him in the 26-member squad for the 2022 FIFA World Cup qualifying matches against Afghanistan and Oman later this month.

India will play against Afghanistan at the neutral venue of Dushanbe, the capital city of Tajikistan, on November 14 in the first-leg match, while the Blue Tigers take on Oman in Muscat on November 19 for the second-leg tie.

India had lost to Oman 1-2 in the home-leg in Guwahati on September 5.

Dheeraj, whose performance under the woodwork during the 2017 FIFA U-17 World Cup in India earned him accolades, is the third player after skipper Amarjit Singh and defender Anwar Ali from that squad, to get a call in the senior team camp.

"Dheeraj is a player for the future. We have always trusted our youngsters and they have also shown their prowess on the pitch. Our first-choice goalkeepers are Gurpreet and Amrinder and we have seen Kamaljit and Vishal too. Now we would like to see Dheeraj closely as he belongs to those we should rely on in the future," Stimac said.

He said it was "not an easy task" to shortlist the players "given the healthy competition" in the team.

"I trust them and they know their responsibilities. After watching the league matches since they started, we have shortlisted these players. Some players who are not on the list also performed highly and came very close to getting selected," Stimac said.

"It's not going to be an easy task to select only a few players, given the healthy competition we have in each position. This is a good headache for us."

Talismanic captain Sunil Chhetri said back-to-back away fixtures "is not going to be easy" for the team.

"It's not going to be easy with the travelling involved. But we are professionals and we know how to take care of our bodies. How we travel, what we eat, how much we sleep is going to be very important," Chhetri said.

Defender Pritam Kotal said, "You can't complain about these because they are an integral part of modern-day football. Proper rest, diet and recovery are of utmost importance which needs to be taken care of.”

Stimac's men are in the third spot in Group E after managing two points in three games -- from draws against Bangladesh (1-1) and Asian champions Qatar (0-0).

A late Maximiliano Barreiro penalty proved to be the difference as NorthEast United FC defeated Hyderabad FC to climb to the top of the Indian Super League standings in Hyderabad on Wednesday.

The teams had their fair share of moments in a closely-contested tie, but a spot kick off a handball in the 86th minute helped NorthEast United edge past their opponents.

The home side were quick to take the game to the opposition with Marcelinho impressing in the final third.

Four minutes into the game, the Brazilian forward dribbled into the box, executed a step-over to outfox Mislav Komorski and thumped the ball towards the goal from a tight angle, forcing goalkeeper Subhasish Roy Chowdhury to make a low save.

Hyderabad were aggressive in their approach throughout the first-half, but their final ball lacked the threat to fetch an opener. At the other end, the visitors struggled to make an impact and failed to test the opposition goalkeeper in the opening 45 minutes.

Marcelinho once again showed his quality when he danced into the box but his cross towards Gani Nigam in the centre was headed clear.

Redeem Tlang got the better of the home side defence soon after the restart with a clever run in behind the defence. Substitute Maximiliano Barreiro lobbed a well-timed ball for the Indian forward whose powerful shot from an acute angle was kept out by Kamaljit Singh at his near post.

The Highlanders, who sought a way back into the game, suffered a blow when Asamoah Gyan had to be forced off the field due to an injury. His replacement Panagiotis Triadis nearly made an instant impact when he flicked Reagan Singh's low cross from the right flank towards the goal following a clever run, but Kamaljit was up to the task.

Hyderabad found it difficult to maintain the intensity with which they ended the first half. Mohammed Yasir latched on to an excellent pass by Stankovic but sent his effort wide from inside the box.

With clear-cut chances drying up, Rohit Kumar tested the keeper from outside the box after the hour-mark but hit it straight at Subhasish Roy.

There was drama at the end as a Jose Leudo strike from the edge of the box hit Shankar Sampingraj's hand, resulting in a spot-kick for the visitors. Barreiro stepped up and coolly slotted home from the spot, leaving Kamaljit with no chance and sealing an important win for his team. 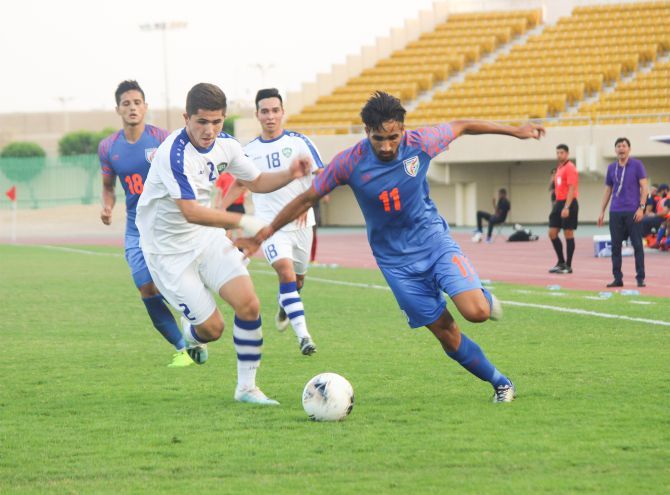 IMAGE: Action from the Under-19 match between India and Uzbekistan played in Al Khobar, Saudi Arabia, on Wednesday. Photograph: AIFF Media

India began their 2020 AFC U-19 Championship qualification campaign on a disappointing note as they suffered a 0-2 defeat against Uzbekistan in Al Khobar, Saudi Arabia, on Wednesday.

After a goalless first session, the Uzbeks scored twice in the second half to pick up the three points.

The match began with India earning the first chance of the game in the second minute. Gurkirat Singh latched on to a loose ball in the middle and charged towards goal, but his effort was off target.

Goalkeeper Prabhsukhan Gill, wearing the captain's armband, was called into action three minutes later as he dealt with a cross from the left flank with confidence.

An important source of attacking threat for India was fullback Muhammed Rafi with his booming long throws into the penalty area. It almost paid dividends at the first attempt in the 16th minute with Uzbekistan needing a desperate clearance to get rid of the danger.

Six minutes later, there was another opportunity, this time through Vikram Partap Singh. Rafi's throw-in wreaked havoc once again and after a weak effort from the Uzbek defence, the Indian forward looked to power home a first-time effort which went just wide of the goal.

Another chance came India's way through forward Manvir Singh at the half-hour mark. With the Uzbekistan building from the back, the Indian attackers pressed with vigour to force the defence into committing mistakes as a clearance almost went into the net after rebounding off Manvir.

Uzbekistan also created a number of chances but were denied by Gill, who stood tall at the Indian goal and repelled whatever was thrown at him.

The Central Asian side's best chance of the first half came in the 19th minute from a corner but Gill was alert to dive low and save the first-time shot. He was called upon yet again with two minutes to go for the break as he turned away a shot from distance from midfielder Ramozonov Diyor.

After the break, Uzbekistan won a free-kick in a dangerous area in the 52nd minute, with the shot hitting the Indian wall and going out of play. However, just a minute later, Khoshimov Ulugbek opened the scoring for Uzbekistan, converting a low cross from the right.

Gill produced a fine save in the 63rd minute as he pushed away a powerful effort from long range from Rakhimkulov Diyorbek. However, he could not do much as the Uzbeks scored again, this time through Olimjonov Muzaffar, who struck a first-time volley from close range.

The Indian team threw more men forward in search for a goal and came closest to scoring in the 80th minute, with Sumit Rathi getting his head to a long throw but his effort flew over the crossbar.

Vikram won India a free-kick a minute before the end of regulation time. Ninthoi went for goal and his effort was a strong one but was saved by Uzbek custodian Nematov Abduvakhid.

AIFF serves show cause notice to FC Goa, its players

The Disciplinary Committee has asked the two players and the team masseur as to why action should not be taken against them in accordance with the regulatory provisions of the AIFF Disciplinary Code.

FC Goa team has also been served with a similar show cause notice for failing to control its substitute players and officials from entering the field of play without permission and participating in the incident.

The club and its players, support staff have been given time till November 9 to respond to the show cause notice.

Meanwhile, Seiminlen Doungel and masseur Rajesh Pandidhar will serve an automatic one-match ban for receiving direct red card for the incident, missing out on selection for FC Goa's game against Mumbai City FC on November 7 at Mumbai Football Arena.

The Indian women's football team played out a 1-1 draw with hosts Vietnam in the second FIFA international friendly in Hanoi on Wednesday.

Thai Thi Thao put the hosts in the lead in the 39th minute at the National Training Centre ground before India came back strongly in the second half to equalise through Ranjana Chanu in the 57th minute. 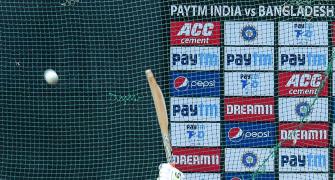 I am still captain and available for Pak tie: Bhupathi 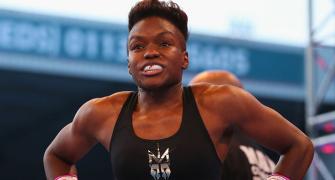 When boxing took a toll on this Olympic champ's health 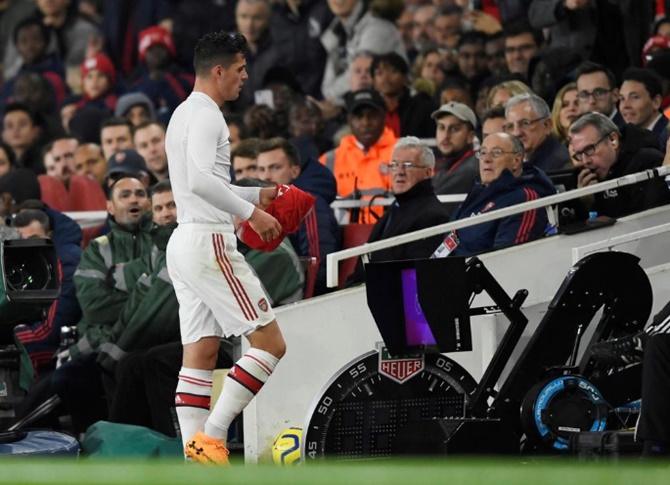