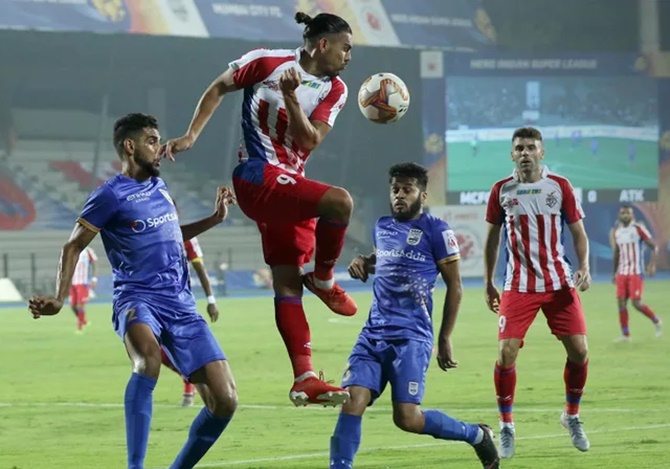 IMAGE: ATK draw level on points (21) at the top of the table with FC Goa while Mumbai City are placed fourth (16). Photograph: ISL Media

ATK brought Mumbai City FC's six-game unbeaten run to an end with a 2-0 win in the Indian Super League, in Mumbai, on Saturday.

First-half goals from Pronay Halder (29') and Michael Soosairaj (43') were enough as Mumbai City were left to rue the chances they missed at the Mumbai Football Arena.

The win sees ATK draw level on points (21) at the top of the table with FC Goa while Mumbai City are placed fourth (16).

A frantic start to the match saw both goalkeepers tested early in the game. Mumbai custodian Amrinder Singh had to get down smartly to keep out a long-ranger from Jayesh Rane in the third minute, while Diego Carlos stung ATK goalkeeper Arindam Bhattacharya's palms with a good effort from inside the box minutes later.

Mumbai continued to trouble the ATK defence as the game wore on with Mohammed Larbi and Amine Chermiti going close in quick succession. The pick of the chances, though, went to Modou Sougou after Carlos fed Chermiti down the left. The Moroccan's cutback from the byline was sent straight at Arindam by Sougou.

ATK saw off that spell of pressure and started to make inroads of their own. Roy Krishna shot agonisingly wide in the 22nd minute after a lovely reverse pass from Rane found him in space inside the box.

ATK were not to be denied in the 29th minute when Javier Hernandez and Roy Krishna combined delightfully to send David Williams into the penalty box. The Australian had the presence of mind to pick out an onrushing Pronay Halder who slotted it into the net.

The celebrations, though, were soured by an injury that Halder picked up, with Antonio Habas forced to send in Michael Soosairaj in place of the goalscorer. That move paid off handsomely in the 43rd minute when Soosairaj found himself in possession down the left-wing.

He went on to place a sensational curler into the far corner to double ATK's advantage at the break.

A stung Mumbai City showed greater urgency in the second halfas they sought a way back into the game. As Jorge Costa's men mounted pressure on ATK's defence, the likes of Roy Krishna and Soosairaj were finding spaces to run too.

One such move saw Soosairaj twist and turn Pratik Chaudhury, before picking out Krishna at the near post. But his first-time volley from close range rattled back of the crossbar.

Mumbai, at the other end, had no luck either. Sougou did find the back of the net in the 68th minute but the effort was chalked out for offside. The Islanders continued to pepper the ATK goal with attempts but saw chances go begging, thanks to a combination of last-ditch defending and poor finishing.

Chermiti was denied in the 74th minute after a desperate goal-line clearance following a scramble inside the box.

Mumbai continued to pour forward desperately but lady luck did not shine on them. Sougou thought he had a goal in the 82nd minute when Arindam spilled a ball and he turned it in, but the referee disallowed it for a foul on the goalkeeper. Minutes later, Serge Kevyn headed wide from point-blank range.

Prolific Trinidadian Willis Deon Plaza headed home a 90th-minute winner to script Chruchill Brothers' 1-0 win over East Bengal (QEB) that took them to the top of the I-League points table in Margao.

Churchill now have three wins from four games while the Kolkata-based side dropped to third with eight points from five.

The game looked like meandering towards a draw but Plaza struck his fourth of the season after coming close on at least three occasions earlier in the game.

East Bengal were playing after a long three-week break but Churchill's previous outing was a heartbreaking last-minute loss to the Indian Arrows.

The visitors earned five corners compared to Churchill's one in the first half-hour. The referee also had a busy half having to flash his card as many as three times. It ended with a Plaza flash strike but the scoreline remained goalless.

Plaza tried to break the deadlock in the 62nd minute but missed from close, two minutes later, he hit the cross-bar.

It was Bengal's turn to hit back with Crespi's crisp right-footer thudding the Churchill bar in the 85th minute and Espada, a minute later, missed the target from a lay-off from Colado.

Finally, a measured cross from super-sub Israil Gurung, who came in late in the second half, found a lurking Plaza who banged it home past a diving Lalthuammawia Ralte to dent the Red & Gold's unbeaten run.

TRAU FC plays out a goalless draw with Punjab FC

Hosts TRAU FC played out a goalless but entertaining draw with Punjab FC in an I-League fixture at the Khuman Lampak Main Stadium in Imphal.

TRAU FC head coach Dimitris Dimitriou seemed happy to stick to his side's new-found resilience and made just one change with Ghanaian forward Kofi Tetteh starting upfront ahead of Krishnananda Singh in a classic 4-3-3 formation.

On the contrary, Yan Law made a catalogue of changes to his Punjab FC line-up that dropped points away in Aizawl. Teah Baysah Dennis returned to the starting eleven, as did Cavin Lobo in the middle of the park.

Dipanda Dicka, who has played an instrumental role as a super-sub this season, was also given the nod to start.

Punjab FC started dominating the match with possession from the first whistle.

In the 9th minute, Lobo earned a freekick for Punjab after he was brought down by a TRAU player. Sanju took a shot and Danilo headed it just above the bar.

TRAU created their first chance of the game in the 17th minute but that was not enough to threaten the Nepal Captain Kiran Limbu.

In the 30th minute, Sanju's shot got blocked by the opposition custodian which could have broken the deadlock.

In the 37th minute, TRAU made a counter-attack but Abhishek Dash couldn't find the back of the net as his shot went way above the bar as the first half ended with a 0-0 deadlock.

TRAU lost the possession early in the second half as the warriors launched a series of attacks from both the flanks with some threatening passes into the box but none of them got capitalized.

In the 62nd minute, Punjab FC coach Yan Law brought birthday boy Girik Khosla on to the pitch in search of the opening goal.

The hosts showed some quality with their attacks and suddenly looked like the better side but weren't able to break the strong defensive line of the warriors.

With each passing minute, Punjab FC showed signs of desperation for the opening goal and in the 85th minute, skipper Sanju Pradhan made an optimistic effort from 25 yards out which was whiskers away from perfection.

Honors were eventually shared at the full time.

Punjab FC will now fly to Srinagar to face Real Kashmir on January 10.

Gokulam Kerala played out a 1-1 draw against 10-man Aizawl FC in an I-League match at the EMS Stadium in Kozhikode.

The match had everything starting with a few heated moments, a sending off, a missed penalty, two beautiful goals and some brilliant defensive performances, leaving the capacity crowd completely glued to their seats until the final whistle.

The match started on a very exciting note as Gokulam Kerala FC built the early pressure on the visitors.

Consecutive chances down the left flank, first by Captain Marcus Joseph which drew a save from the Aizawl keeper and then by Mohamed Irshad, whose shot went right across the face of the goal.

The surprise moment came in the 14th minute, when out of nowhere, a pass from the half-way line by Paul Ramfangzauva found Abdoulaye Kanoute, and with a brilliant volley past the Gokulam keeper, he put the visitors in front.

When all was going well, a disaster befell Aizawl. A run by Nathaniel Garcia down the right and a low cross found Henry Kisseka but his shot which was goal bound was handled by Joseph Adjei and a straight red card for the Ghana defender.

Aizawl went down to 10 men with 70 minutes to go in the match.

When Gokulam thought they finally had their chance to draw level with the penalty. But an amazing save by Laremruata with a dive to this lower left side denied the home side the pleasure of parity.

Attack after attack started flowing in from Gokuklam Kerala, and a ripper of a cross directed at the head of Henry Kisseka by Garcia was well met and again Lalremruata made an acrobatic save.

In the 40th minute, Gokulam made a change to the formation as they brought on Lalromawia a midfielder on for defender Naocha Singh. Aizawl FC were able to hold on till the end of the half and the visitors went into half time leading 1-0.

Play resumed and with a man down, Aizawl FC were feeling the pressure as Gokulam continued to mount attacks from the word go. Not being able to break Aizawl down, Gokulam now brought on Salman Kalliyath a winger removing a center back Jestin George to get that elusive goal.

Finally, the moment came for Gokulam as substitute Salman Kalliyath worked his magic. A low cross to Marcus Joseph's left foot inside the Aizawl box and a perfectly-placed shot put the game in the balance with 70 minutes on the clock.

With the score at 1-1 and a man to their advantage it was Gokulam's game.

With just six minutes of regulation time left, a long-range pile-driver by Nathaniel Garcia was again saved by a flying Lalremturuata to keep the home team at bay. Coach Rozario brought on Ramhlunchhunga for William Lalnunfela, a like for like change, to run down the clock.

It was soon time for the final whistle, and the match ended at 1-1. With one point each, Aizawl FC and Gokulam Kerala FC hold the 5th and 6th position respectively on the Hero I-League points table.

Marcus Joseph of Gokulam Kerala FC was awarded the Hero of the Match. 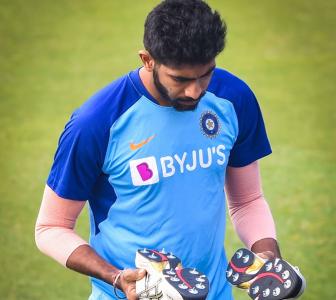 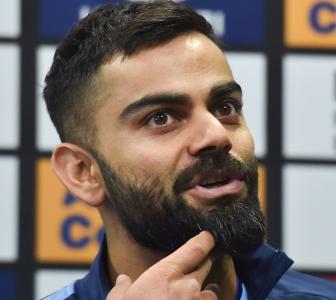 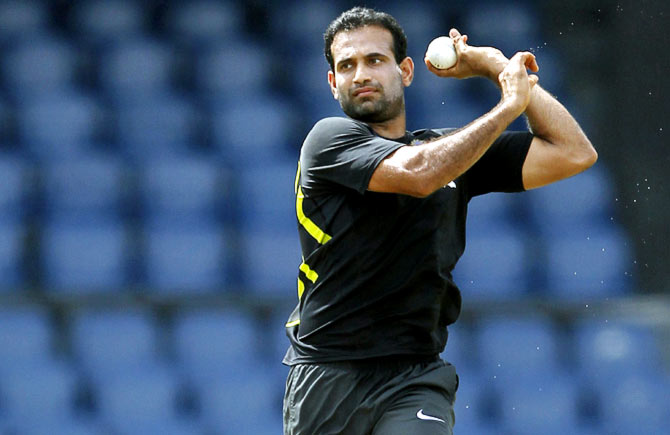