The ministry found violations of the Sports Code by RFI in four areas. IMAGE: Indian rower Dattu Bhokanal who was banned by the RFI. Photograph: Files

The Rowing Federation of India (RFI) was on Wednesday de-recognised by the Sports Ministry for violating the Sports Code of 2011 during its elections held in December.

In the RFI elections held on December 6 in Hyderabad, Rajlaxmi Singh Deo and MV Sriram were elected as president and secretary-general respectively.

But the Ministry, in a letter to the RFI president, said that the said elections were not in accordance with the Sports Code and hence the recognition of the national rowing body stands cancelled.

The Ministry also wrote to the Indian Olympic Association to constitute an ad hoc committee to discharge the functions of the RFI.

"Upon examination of the matter (from the reports of the Returning Officer and government observer), it has been found that the said elections of the RFI are not in accordance with the Model Elections Guidelines prescribed in the National Sports Development Code of India, 2011," the letter from the ministry said.

"... it has been decided that the recognition of the RFI would cease w.e.f 01/02/2020 and not be renewed in view of the positions explained," it added.

The ministry found violations of the Sports Code by RFI in four areas.

"As per the website of RFI, there are 21 state/UT units out of which only 18 participated in the election process. RFI does not fulfil the 2/3 state/UT affiliation criteria as it must have had at least 25 state/UT as its affiliated members.

"MV Sriram had held the post of Secretary General for two terms till January 2016 and hence as per the cooling off provision of the NSDCI (Sports Code), 2011, he would have been eligible to contest elections only after 29.01.2020 (after the completion of cooling off period of four years)."

The RFI elections allowed proxy voting while there was no such provision in the model election guidelines of the Sports Code. The RFI also allowed three votes per its affiliated unit while the Sports Code prescribes only two.

RFI's de-recognition by the Sports Ministry comes after the IOA president Narinder Batra asked Rajlaxmi to review the decision to ban Dattu Bhokanal for two years for stopping a race midway during the 2018 Asian Games, saying it was a harsh punishment for a first-time offence.

Batra had asked RFI to furnish relevant rules of the national federation as well as those of the international body under which Bhokanal was banned for two years.

On January 16, Rajlaxmi had sent a letter to Batra saying that the matter has been referred to RFI's Athletes Commission "which had originally dealt with the matter and their opinion is awaited". The RFI chief did not reply to Batra's query about Bhokanal’s ban.

Batra, on Wednesday, shot off a letter to Rajlaxmi to provide "all the replies" sought by him by Friday, failing which the case will be referred to the IOC Disciplinary Committee.

"We request for your reply by 24th January, otherwise the case will be referred to the IOC Disciplinary Committee to decide within a maximum of 3 weeks period," Batra said. 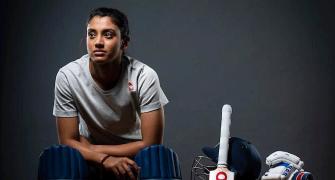 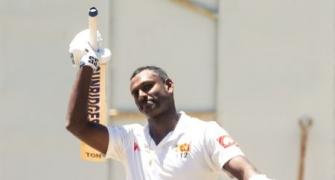