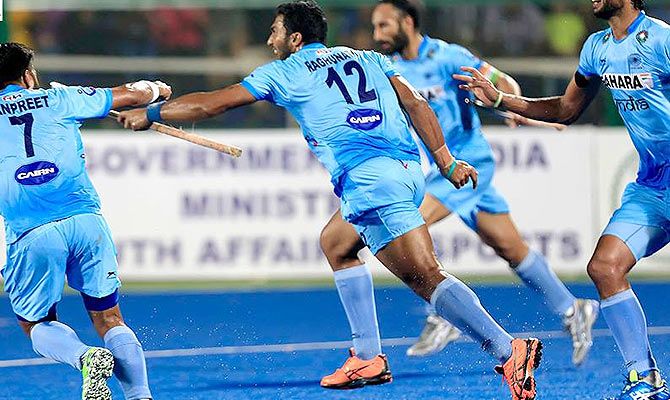 India's men's hockey team was handed a tough group for the Rio Olympic Games as it has been pooled with defending champions Germany, European Champions Netherlands and Pan-American Games champions Argentina in the six-team Pool B.

Indian team will open its campaign against first-time qualifiers Ireland on the August 6. Team's first real test will come against Germany on August 8 before they clash with Argentina (August 9), the Netherlands (August 11) and Canada (August 12).

The top four teams from each pool will qualify for the knock-out stage, beginning August 14.

"We will play the three top teams of our group back to back. Instead of looking at that as a daunting task we think it's a great opportunity. It'll help us keep improving our level, and positive results will give us more confidence from game to game," Coach Roelant Oltmans said.

On the women’s side, India are in a group featuring the Argentina and Australia.

The women's hockey team, that has qualified for the Olympics after 36 years, will take on Japan in their opener on the August 7.