A 10-man FC Goa denied Kerala Blasters their second win of the Indian Super League as an injury-time strike from Lenny Rodrigues ensured a dramatic 2-2 draw at the Jawaharlal Nehru Stadium, in Kochi, on Sunday.

Sergio Cidoncha's (2nd minute) early goal helped the home side set the tempo of the match. Mourtada Fall (41st) pulled FC Goa level before the break but was sent off for a last-man tackle in the second-half.

Raphael Messi Bouli (59th) regained the lead for Kerala Blasters. However, a late goal from Lenny (90+3') struck daggers into the hearts of an expectant home crowd.

Eelco Schattorie's injury-hit team are now winless since the opening game against ATK and are eighth in the table with five points.

FC Goa, on the other hand, are fourth on the table with nine points.

Kerala got off to a terrific start by taking the lead in the second minute. A long throw-in from the left by Raju Gaikwad hit Mourtada Fall who failed to clear the danger. The ball fell to Sergio Cidoncha whose first-time strike grazed the goalkeeper's gloves before rolling into the net.

FC Goa struggled to regrouped immediately as Kerala Blasters' energetic midfield denied their counterparts time and space to pick out their passes. Brandon Fernandes escaped his marker's attention in the 18th minute, but his through ball was too heavy for an overlapping Mandar Rao Dessai.

Chances were few and far between as the game was mostly played in midfield. After struggling to create chances for most of the half, Sergio Lobera's side found a way back into the game just before the breakthrough with a set-piece.

An Edu Bedia free-kick was thwarted away by the Kerala defence, but only as far as Jackichand Singh, whose pin-point cross from the right was headed in with aplomb by Fall.

FC Goa were dealt a hammer blow soon after the restart when Fall was sent off for a last-man challenge on Ogbeche. The defender lunged in from behind and failed to make contact with the ball.

The player advantage helped Kerala Blasters take control of the game and they doubled their lead soon. Prashanth Karuthadathkuni dribbled forward down the left flank and slid a low pass across the face of the goal for Bouli, who guided the ball into the back of the net.

With the game looking done and dusted in favour of the home side, FC Goa came up with a late equaliser at the death.

Manvir Singh latched on to a pass from the right, dropped his shoulder to skip past his marker and forced a save from goalkeeper TP Rehenesh. The goalkeeper pushed the ball into the path of Lenny who slotted into the net, delivering another massive heartbreak for Kerala Blasters. Defending champions Chennai City FC began their title defence on a winning note as they defeated debutants TRAU FC of Manipur by a solitary goal, in Coimbatore, on Sunday.

Adolfo Miranda scored the all-important goal of the match at a rain-soaked Jawaharlal Nehru Stadium.

The match kicked-off with the defending champions and the debutants lining up in 3-4-3 and 3-5-2 formations respectively as both teams showing attacking intent.

The Imphal-based side got an early free-kick in the attacking third, but Chennai's Roberto Eslava cleared the ball safely. The home side were building patiently from the back and their new signing Katsumi Yusa was already creating problems down the left flank with some skillful and deceptive movement.

Chennai soon started showing their class as last season's joint top scorer Pedro Manzi went very close to getting the team in front as his header went over the post.

With 30 minutes on the clock, it was an exquisite move by the defending champions as captain Manzi headed it straight at the goal post from a cross by Charles, but to the crowd's disappointment, the ball did not go in.

In the dying moments of the first half, Chennai again came close to scoring. This time, it was Katsumi whose shot from close range on the near post went just wide.

The second half started similarly with Chennai City dominating the play. It was in the 49th minute, when the breakthrough came from a mistake by the TRAU defence, as a miscued clearance gave Chennai's new signing Miranda an easy chance to tap it over the goal line.

Soon after, Chennai could have easily gone clear by two goals when a brilliant run by Katsumi led to an even better cross straight at the head of the unmarked Mashoor Shereef. However, poor finishing denied him of his first I-League goal as his effort went just wide of the post.

It was attack after attack by the home team, but Akbar Nawas' charges kept falling short of adding to their lead.

TRAU goalkeeper Gurpreet also denied Pedro Manzi what could have been his first goal of the season.

With 15 minutes to go in the match, TRAU made two changes as they brought on Deepak Devrani and Abinash Ruidas. However, Chennai dominated the game till the end, coming close to scoring but TRAU somehow survived.

Pedro Manzi could have closed the game once and for all in the added time, but Gurpreet denied him once again, as he dived low at the near post to tip the ball away. PTI PDS 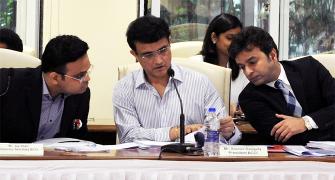 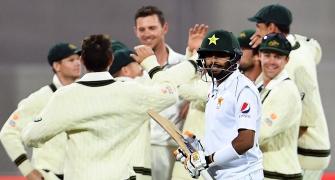 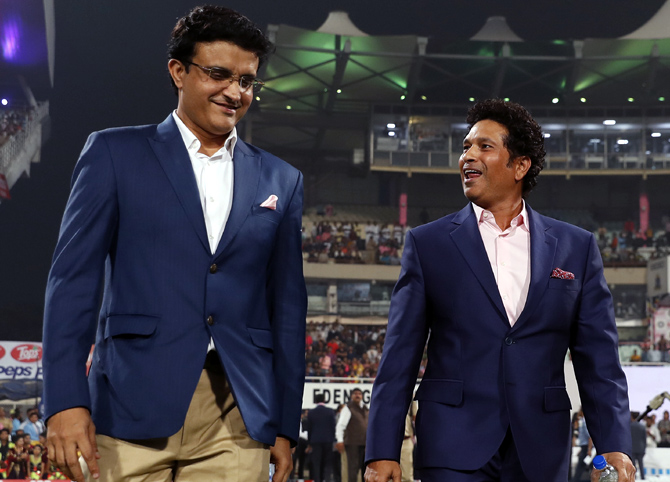