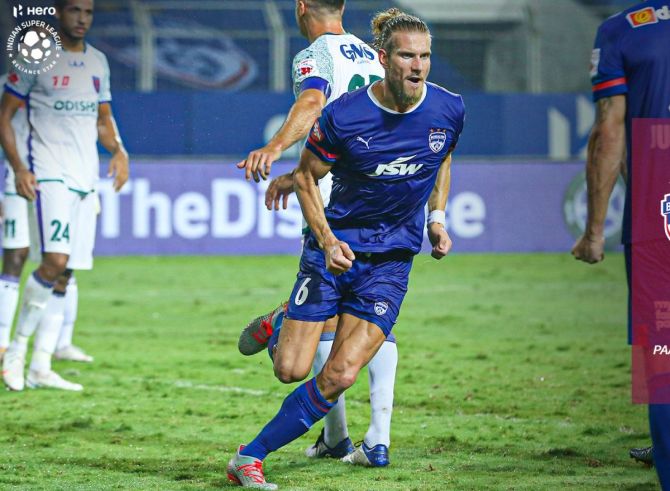 Erik Paartalu scored a late equaliser as Bengaluru FC held Odisha FC to a 1-1 draw in an Indian Super League match in Margao on Sunday.

Paartalu struck in the 82nd minute after Diego Mauricio had put Odisha in front in the eighth minute.

It also turned out to be a battle of goalkeepers on the night, with both of them guarding the posts solidly against relentless press by each side.

The Kalinga Warriors were on course for their second win of the season but despite Arshdeep Singh's heroics in goal, a determined BFC finally managed to get an equaliser late in the game.

BFC interim coach Naushad Moosa made no changes to the side that lost against Kerala Blasters while Odisha made one change with Steven Taylor returning to the starting XI after serving his one-match suspension.

Bengaluru had a bright start at Fatorda, but were stunned by an early goal from Mauricio which came against the run of play.

Jerry Mawihmingthanga took a quick free-kick to Manuel Onwu on the right just outside the BFC penalty area and the latter played a superb low cross into the middle. Mauricio, who was in the box, scored to put his side ahead.

Moosa's men came very close to scoring when Udanta Singh flashed a cross across the face of goal, but the pass was too quick for an onrushing Sunil Chhetri.

Another chance went begging for BFC when Amay Morajkar floated a cross in for Rahul Bheke but his header missed the mark.

BFC created chance after chance but were let down not only by their sloppy finishing but were also thwarted by Arshdeep's brilliance in goal. One of his best saves came when Taylor failed to clear Bheke's long throw-in and Erik Paartalu latched on to the loose ball and struck from the edge of the box.

Arshdeep dived acrobatically to make a one-handed save. The keeper pulled off yet another save to deny Bheke, who tried to divert in a Cleiton Silva corner.

In the second half, Arshdeep continued from where he left off as he came with a fine save. This time the custodian stopped Kristian Opseth's free-kick with a diving save. He then came up with an acrobatic save to stop Gaurav Bora's header from going into his own goal.

After constant pressure, Bengaluru were finally rewarded with the equaliser in the 82nd minute when Paartalu nodded in Cleiton's in-swinging corner.

Right after the goal, Odisha missed an opportunity to regain their lead when Mauricio set up Daniel Lalhlimpuia in the box, but his shot clipped the upright. At the other end, Chhetri blasted his shot over the crossbar from close range.

Gurpreet made a stunning save late in the game to keep out Jerry's close-range attempt.

Jamshedpur FC and Hyderabad FC earned a point each after playing a goalless draw in an Indian Super League match in Vasco on Sunday.

While Hyderabad ended up drawing their third game on the trot, Jamshedpur grabbed their first point, after a treble of losses.

New signings Farukh Choudhary and Seiminlen Doungel were among the four changes made by Jamshedpur while Roland Alberg was handed his first start as Hyderabad rang in two changes.

The opening half was an intriguing, open-ended contest with both sides hitting the post but failing to find the net. Hyderabad had better chances but Jamshedpur keeper TP Rehenesh produced two fine saves to keep the scoreline goal-less heading into the break.

Rehenesh was called into action in the ninth minute after Hyderabad started brightly. Aridane Santana found Joel Chianese with a neat through ball in the box but the latter's effort was kept out by Rehenesh, who came off his line well in time.

The Jamshedpur custodian pulled off another fine save around the half-hour mark, denying Halicharan Narzary this time. Receiving the ball from Chianese, Narzary made his way into the box before drilling a shot at the far corner. Rehenesh dived full stretch to push the ball away, as it rattled the post.

Jamshedpur started imposing themselves as the first half drew to a close and nearly broke the deadlock from a corner. Hyderabad keeper Laxmikant Kattimani fluffed his lines while dealing with Aitor Monroy's cross, allowing Stephen Eze to head the ball. But his effort struck the woodwork before being cleared out.

The second half turned out to be a scrappy affair. Neither side could carve out clear-cut chances with both sides defending resolutely.

Hyderabad had a chance to score through a set-piece but Santana failed to keep his shot on target. Hitesh Sharma's free-kick was cleared by Eze and it fell to Santana, who sliced his volley wide of the post.

Jamshedpur registered their first shot on target in the 87th minute, with Nerijus Valskis missing a half chance. Farukh won the ball and delivered a cross in the box for Valskis whose header was aimed straight at Kattimani.

The best chance of the game came in the injury time with Farukh nearly handing Jamshedpur the lead. Prancing into the box after receiving a long ball from Monroy, the forward had only the keeper to beat, but his shot found the side netting.

All India Football Federation's developmental side Indian Arrows held Aizawl FC to a 1-1 draw to pick up their first points of the I-League season in Kalyani on Sunday.

Richard Kasagga's 12th-minute strike from close range was cancelled out in the added time of the second half through a thumping Sajad Hussain header as both teams shared the spoils.

Aizawl FC wasted little time to get their attacking moves underway. The quick one-two passing build-up of Aizawl FC proved difficult for the young Arrows defenders to deal with.

In the 12th minute, Kasagga was offered a tap-in to put Aizawl FC ahead, and the Ugandan international did not waste his opportunity after the ball hit the woodwork off a corner kick.

Indian Arrows tried to hit Aizawl on the break, but the Mizoram side's defence held firm.

Despite dominating possession and more chances coming their way, Aizawl FC could not double their lead.

In the second half, Indian Arrows tried to take the game to Aizawl FC, pressing hard to find the equaliser.

However, after a good spell of attacking play, the momentum swung to Aizawl's favour once again. In the 60th minute, Aizawl FC came close to doubling their lead when a curling effort by Rohmingthanga Bawlte from outside the box hit the upright.

Another chance came for Aizawl FC in the 82nd minute when Bawlte found himself clear on the left flank. The nippy forward cut inside but was quickly swarmed as his shot hit the Arrows defence line and went away from the goal.

However, there was more action to come. The Indian Arrows were given a corner kick at the fag end of the match and they found the net.

Sajad Hussain's thumping header off the corner kick left Aizawl FC stunned as both teams got one point each from the match.

Mohammedan Sporting played out their second draw on the trot as their I-League match against Punjab FC ended in a stalemate in Kalyani on Sunday.

The draw still kept Mohammedan at third position while Punjab FC are at seventh spot in the league table.

In a cagey first half that witnessed end-to-end action, clear goal-scoring chances were rare and the teams often diffused each other's attacks in the midfield. Punjab FC soaked up the pressure and played on the counter.

In the 18th minute, Mohammedan got a half-chance as Ahmed Nigam found himself clear inside the box off a cross from the left wing. But the forward's shot could not find the target. In the 32nd minute, Joseba Beitia's header went wide of the goal.

Punjab FC dominated possession in the latter stages of the first half, while Mohammedan sat back and rarely committed bodies ahead.

Punjab FC that could have taken the lead in the 49th minute. Hormipam picked up the ball in the midfield and released a rocket of a shot from a distance that hit the woodwork as Mohammedan survived a scare.

Mohammedan tried to spice things up in the midfield, introducing Nikhil Kadam and Subash Singh on the 82nd minute.

Moments later, Suraj Rawat released a teasing cross across the face of the goal, but with no one to attack the ball, the cross was easily dealt with. 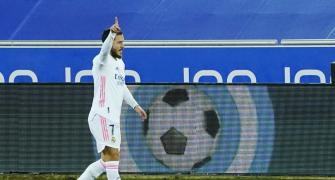 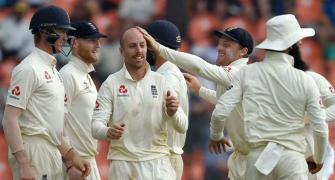 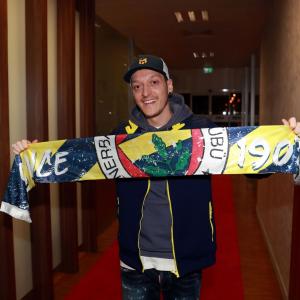 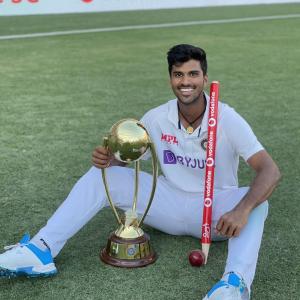