Indian eves made a spirited comeback to beat hosts Australia 2-1 in the second hockey Test at the Rockingham Club on Saturday.

By virtue of this win, India, who had lost 2-3 to Australia in the tour opener on Friday, restored 1-1 parity in the four-match series.

Soundarya Yandala (41st minute) and Vandana Katara (64th) scored for the visitors after Amy had put Australia ahead early in the match.

After a day's rest on Sunday, the Indian girls will take on Australia in the third Test on Monday at Mundurah, a suburb about 70 kms away from Perth.

The Indian defence stood tall as they saw off numerous Australian surges in the first half.

Despite missing a few sitters, the Indian forward line came to life early in the second half as Soundarya drew level with an opportunistic deflection from their first penalty corner.

As expected, India coach C R Kumar was elated with the series-levelling victory.

"This is the finest victory of my team since I took over in April this year. I give credit to the entire defence and midfield for the win," he said.

"Even, I felt if not for the missed chances we could won the match with a bigger margin," Kumar added.

Even though his wards converted two of the five penalty corners they earned in the match, the Indian coach was not satisfied with the effort.

"About 15-16 percent conversion rate is ok, but cannot be rated satisfactory. But against the Australians it is a good one because they close all angles of scoring in the penalty corners," Kumar said. 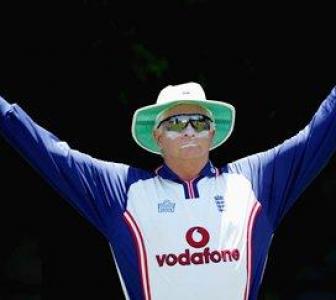 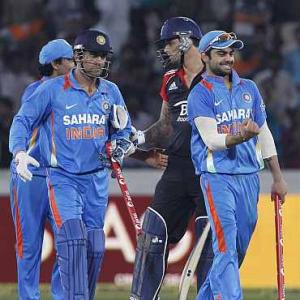