At a time when the sporting fraternity is divided over Salman Khan’s appointment as brand ambassador for the Indian contingent for the upcoming Rio Olympics, five-time world chess champion Viswanathan Anand has said that the focus should be to address the needs of the Rio-bound athletes.

"We want everyone to get involved and participate but that should not be at the expense of sport. It's not really for me either and or. If the things sportspersons need are addressed then there's no conflict of involving non sports people," Anand told reporters at his felicitation ceremony in Kolkata on Sunday.

The Indian Olympic Association's decision to make the Bollywood superstar the goodwill ambassador for the Rio-bound contingent on Saturday, snowballed into a controversy with many including star wrestler Yogeshwar Dutt and legendary sprinter Milkha Singh criticising the decision.

Anand said, "It's not a question of either and or. It's better if both work. I hope we get some success in Rio. It's too late to start preparing. It's essentially you have already prepared. You can only fine-tune now."

He also extended his good wishes to India's latest sensation Dipa Karmakar who's become the first Indian woman gymnast to qualify for Olympics.

"It's really nice to see another sport where there's a breakthrough and doing well. Now we have presence in gymnastics, it's very nice and all the best wishes to her," he said. 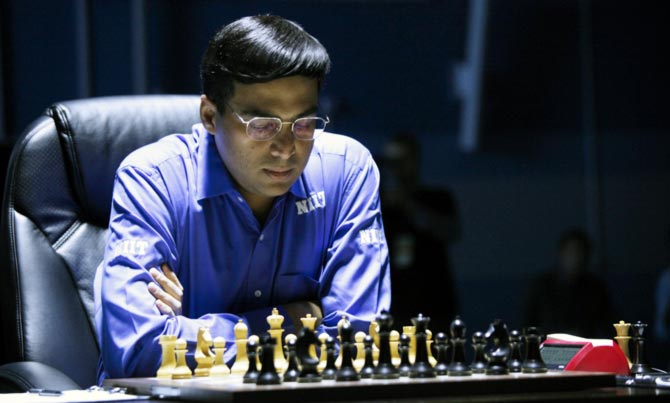 Having finished third at the World Chess Candidates Tournament in Moscow last month, Anand failed to qualify for the World Championship for the first time in 10 years but the 46-year-old said retirement was the last thing on his mind.

"I'm not seriously thinking about it because I've been playing well. I'm trying to be positive. It's very hard to plan for retirement. All my life I've been playing and competing has been the most natural thing. That (retirement) will be a kind of shock. I don't think I can get ready for it. Having said that, it will happen one day and I will have to deal with it."

Reflecting on the Candidates tournament, he said, "I found it very strange. I was having these highs and at the same time I was losing games. I was still impulsive and it was a roller-coaster. It caught me by surprise as well."

Anand conceded that there would be tough roads ahead to qualify again but said he would took it in his stride.

"I was seeded but this time I've to qualify again. It has to be through World Cup or rating. That's the first challenge, and then I will go from there. Certainly I will try again. Next time I expect new faces to join in. I hope I will still qualify and manage to try," said Anand.

But, he's not getting young and the graceful Anand is ready for the challenge.

"That's a background factor, then it should have affected in wins as well. I don't think in individual challenges. Three guys were not born when I played my first candidates," he pointed out.

"On one hand you can say if it stops being fun, which could easily happen, and if my results don't go my way then I might consider it." 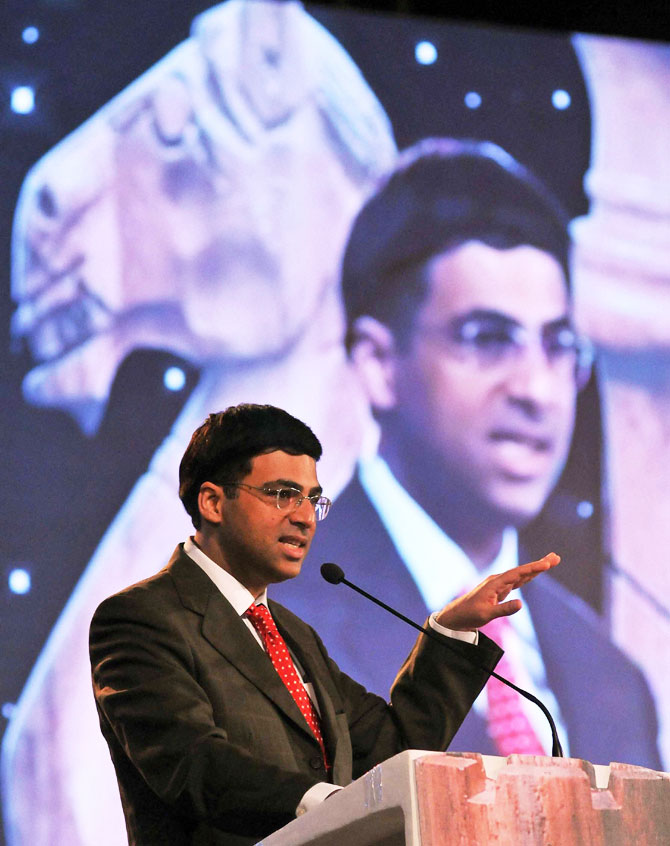 Asked if he has anything left to be achieved, Anand said: "It's not really I miss something, but I felt that it's time to experiment and do things you didn't do, not only from technical or sporting point of view. But also, creatively approaching the game from one angle and do certain things.

"I don't think I've huge boxes left to tick. I don't think it's necessary either. I play because I like playing, that's the most natural thing. I like being around chess players," he said.

Drawing parallels with the criticism that Indian cricket skipper Mahendra Singh Dhoni had faced on the question about his retirement of late, Anand said a sportsman has to live with it and keep saying no as long as he's not up for it.

"You get praise from the fans, sometimes you feel they're overdoing it but I enjoy it. When the tough questions come you've to live with it. It comes with the territory.

"Sports people probably should be used to access both from plus and minus sides. That's fine. The fans will discuss whatever they want to. Their job is to have some fun. You just have to keep saying 'no' as long as you're not prepared."

Anand was earlier awarded with the annual 'PC Chandra Puraskar' by West Bengal Governor Keshari Nath Tripathi in a glittering function at the ScienceCity auditorium and he said Indian chess was at its peak.

"It's the strongest we ever been. Harikrishna is right behind me in rating list, then there's Surya (Sekhar Ganguly) and Sasi (K Sasikiran) and several youngsters doing incredibly well. I feel we have a lot of solid depth. It's a very exciting situation.

"At every tournament I go I run into some Indians. It's spreading nicely. Technology has made it easy. Europe is at the forefront but India is up there in every age group championship. People are noticing what India is doing."