The top two teams from the ongoing tournament have secured their berths in the FIH Olympic Qualifiers to be held later this year. 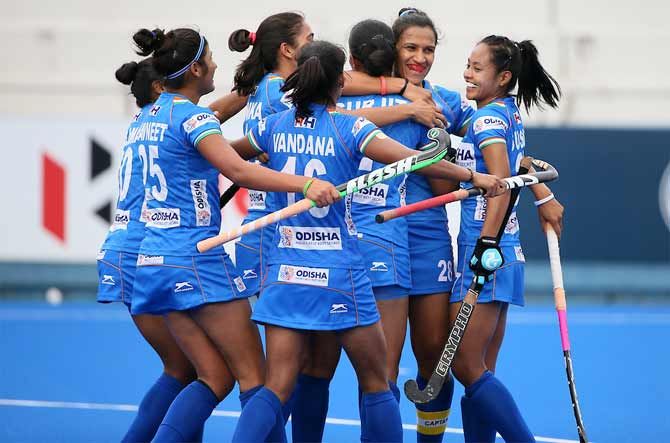 Drag-flicker Gurjit Kaur scored a brace as India secured its place in the final round of Tokyo Olympic qualifiers by beating Chile 4-2 in the semi-finals of the women's FIH Series Finals hockey tournament, in Hiroshima, on Saturday.

The top two teams from the ongoing tournament have secured their berths in the FIH Olympic Qualifiers to be held later this year.

India will take on Japan in the summit clash on Saturday.

The hosts beat Russia 3-1 in penalty shootout in the other semi-final after both the teams were locked 1-1 at the end of regulation 60 minutes.

World No 9 India started the match on the front foot as they made six circle entries inside the first 15 minutes but to no avail.

Chile also made four circle penetrations but failed to get a shot on target as the first quarter ended goalless.

But the Indian team was in for a surprise three minutes into the second quarter when Carolina scored a field goal through a counter-attack to seize the initiative.

Stunned by the goal, the Indians went on the offensive and drew parity four minutes later when Gurjit converted a penalty corner as both the teams went into the halfway break locked 1-1.

A minute after the change of ends, India took the lead through striker Navneet, who picked up the ball from just outside the 25-yard circle, ran into the striking circle and slotted home with a powerful shot.

Chile did not give up and earned two penalty corners in quick succession towards the dying stages of the third quarter but they failed to capitalise on their chances.

In the 43rd minute, though, a poor clearance from the Indian defence saw Chile regain possession and Urroz reduced the margin from a Denise Krimerman's feed.

The fourth and final quarter witnessed a good fight between the two teams till the 57th minute when Rani scored with a reverse hit after receiving a pass from Lilima Minz.

After the match, India captain Rani dedicated the win to team-mate Lalremsiami's father, who passed away on Friday.

Rani lauded the young striker for showing great courage in the face of adversity by staying with the team instead of returning home after listening about her father's death.

"One of our team mate Lalremsiami lost her father yesterday so this victory is dedicated to her father. Hope he rests in peace. She did really good and we are so proud of her. She was with the team and didn't return home," Rani said.

"We are happy that we are in the final. This game is all about winning but still we can do much better." 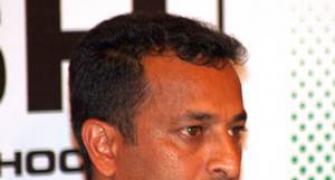 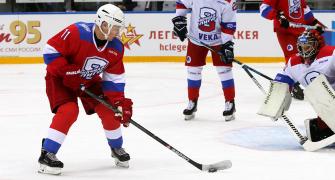 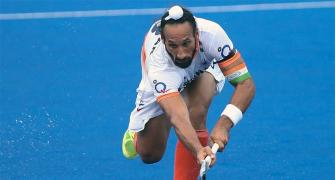 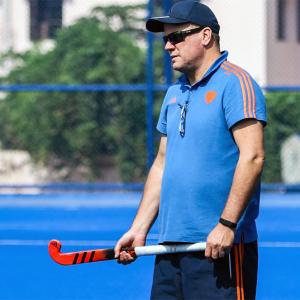 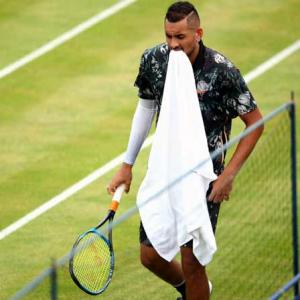