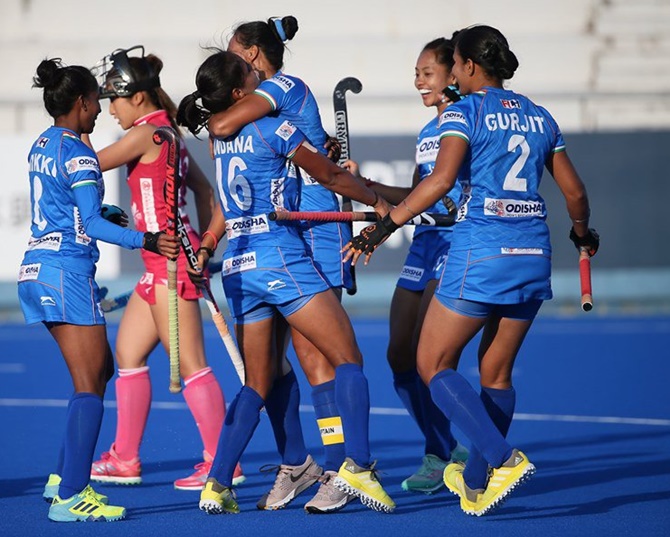 The Indian women overcame stiff resistance from the Asian champions after taking an early lead at the Hiroshima hockey stadium.

Captain Rani Rampal gave India the lead in the third minute before drag-flicker Gurjit Kaur struck twice, in the 45th and 60th minutes, to seal the issue after Kanon Mori had drawn the Japanese abreast in the 11th minute.

India had already secured its place in the final round of the 2020 Olympics qualifiers by making it to the final of the tournament.

Rani was adjudged the best player of the tournament while Gurjit emerged the top-scorer.

In the third place play-off, Chile beat Russia 3-1 in the shoot-out after the teams were locked 3-3 at full-time.

India head coach Sjoerd Marijne was pleased with the triumph.

"It gave us the opportunity to play home... I think we have defended very well and we can play fast combination hockey and we have a really good drag flick,” he said.