India has been named as one of five confirmed teams for the men's Champions Trophy hockey tournament in Melbourne later this year, thereby ending the nation's six-year wait for a comeback to the prestigious event.

Apart from India, the other confirmed participating countries are hosts Australia, Belgium, Germany, the Netherlands and New Zealand, with the field to be increased to eight after the London Olympics, the International Hockey Federation (FIH) disclosed on its website.

The 34th Champions Trophy will be held at the State Netball Hockey Centre in Melbourne -- the venue that hosted the 2009 edition of the event -- from December 1-9.

The Champions Trophy will be the first top level international tournament after the London Games.

India last featured in the Champions Trophy way back in 2005 in Chennai, where they finished fifth as hosts.

Incidentally, India could have returned to the Champions Trophy last year, had the FIH not snatched the hosting rights from the country because of the long-standing dispute between two warring federations -- Hockey India and Indian Hockey Federation. 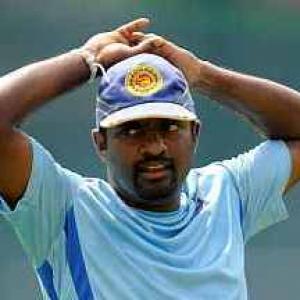 Muralitharan to play for Melbourne Renegades in Big Bash