India kicked off their preparations for next month's London Olympic qualifier in style, thrashing South Africa 4-0 in the first hockey Test, in Delhi, on Monday.

The Indians scored three goals in the first half, through Shivendra Singh (15th minute), Birendra Lakra (24th), Sardara Singh (28th), while the last one came from the stick of debutant S K Uthappa in the 53rd minute.

With the Olympic qualifier just a month away, India's chief coach Michael Nobbs utilized the match to test his combination and bench strength, and fielded two debutants -- Harbir Singh and Uthappa -- in the starting line-up.

Nobbs also did not field first choice goalkeeper and regular skipper Bharat Chetri. Instead, he played PR Sreejesh in first Test of the five-match series at the floodlit Major Dhyan Chand National Stadium.

From the onset, it seemed instructions were quite clear from Nobbs, as the Indians went on an all-out attack.

Nobbs's strategy paid rich dividends in the first half as the home team created more chances than their opponents and breached South Africa's defence on three occasions.

The heartening fact was that all the conversions were field goals.

South Africa too created a few opportunities in the first 35 minutes but their forward line lacked intent and purpose.

India also earned two penalty-corners in the first half but squandered both. While V Raghunath, who failed to stop Sarvanjit Singh's push, was the offender on the first occasion, it took a brilliant save from South Africa goalkeeper Erasmns Pieterse to deny Sandeep Singh from the next.

But it did not take long for India to break the deadlock as Shivendra Singh slammed the ball to the top right of South Africa's goal in the 15th minute after receiving a pass from Manpreet Singh, whose clever interception set up the scoring chance for the home team.

Birendra Lakra then doubled the scoreline in the 24th minute after he was beautifully set up by a one-two from Chingelsana and S V Sunil from the left flank.

The Indians made it 3-0 four minutes later when captain Sardar Singh slotted home the ball home after being set up by S V Sunil's solo run from the right.

Three goals up, the home side lacked intensity after the breather. The South Africans came out with purpose in the second period and created quite a few scoring chances but again poor finishing let them down.

The Indians, however, found the back of the South Africa net once in the second half, thanks to brilliant stick work by debutant Uthappa in the 53rd minute.

Credit should also go to India's goalkeeper Sreejesh, who played a key role in keeping the slate clean.

South Africa earned two penalty corners in a span of four minutes in the concluding stages of the second half, but on both the occasions, a brilliant Sreejesh came to his side's rescue.

India coach Nobbs was happy with the result of the match but said the performance of his wards dropped as the match progressed.

"We had a good first half. We created plenty of chances and scored three goals but we were sloppy as the game went on.

"We could have scored more goals but in the end the match practice was really important for us," he added.

He was full of praise for young full back Harbir Singh and Uthappa, who made their debuts today.

"Harbir played a solid game. Uthappa too was impressive. But we will keeping on changing our team combination because we want to give everyone the opportunity to show their talent," Nobbs insisted.

Meanwhile, South Africa coach Gregg Clark blamed lack of practice for his side's poor performance on Monday, but warned India of a tough challenge in the remaining four matches.

"We haven't played a lot of hockey since the Champions Challenge I tournament (last year). We had very few training sessions which was evident in our game today.

"We made sloppy errors and gave India soft balls. We were rusty today but we are going to make them work hard (in the remaining matches)," Clarke said.

"We created chances but we lacked in finishing, otherwise the match could have been lot closer."

The second Test between the two sides will be played at the same venue on Tuesday. 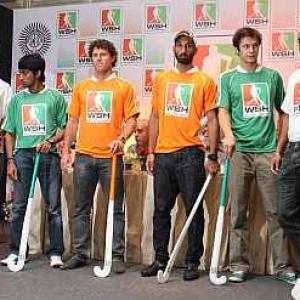 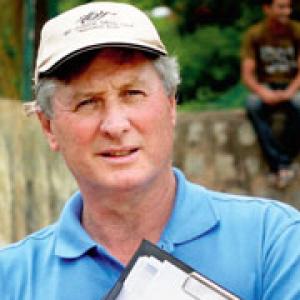