Top seeds Saina Nehwal and Chetan Anand cruised to the pre-quarterfinals even as three other top Indian shuttlers bite the dust at the India Open Grand Prix Gold badminton tournament in Chennai on Wednesday.

Chetan will next face Saurabh Verma, while Saina will take on Dhanya Nair on Thursday.

However, it was end of roads for Anup Sridhar, Aditi Mutatkar and Trupti Murgunde.

While fifth seed Sridhar was sent packing by Indonesian Yunus Alamsyah 21-12, 21-8 in men's singles second round, third seed Mutatkar went down fighting to another Indonesian Weni Fanetri Linda 21-14, 18-21, 21-11 in the first round of the women's singles.

Seventh seed Trupti also failed to cross the first hurdle after succumbing to a 15-21, 15-21 defeat to Juan Gu of Singapore in another match.

In the mixed doubles category, top seed Indians Jwala Gutta and V Diju got a bye in the first round and will lock horns with Ninan Merin Megha and Vijay C Ram in the pre-quarters tomorrow.

However, it will be a tough task in hand for Prajakta Sawant and Pranav Chopra, who will clash with fourth seeds Indonesian combo of Susanto Debby and Rijal Muhammad in the second round.

Second seeds Rupesh Kumar and Thomas Sanave also reached the second round after getting a bye in the first and will take on Ravinder Singh and Utsav Mishra on Thursday.

In the women's doubles, third seeds Aparna Balan and Shruti Kurien have already a place in the quarters without even playing a single match as they got byes in the first and second round.

Second seeds Jwala Gutta and Ashwini Ponnappa, who also got a bye in the opening round will take on Akansha Raina and Diksha in the second round.

Amongst the Indian, Thulasi was impressive as she shocked fourth seed Tvrdy 17-21, 21-9, 21-10 to advance to the second round of the women's singles. 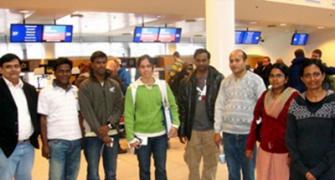 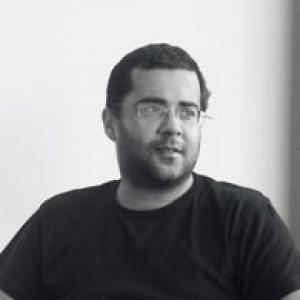 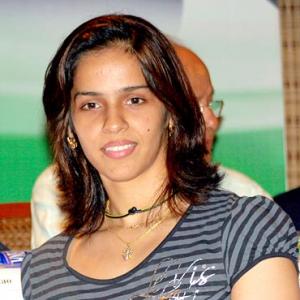