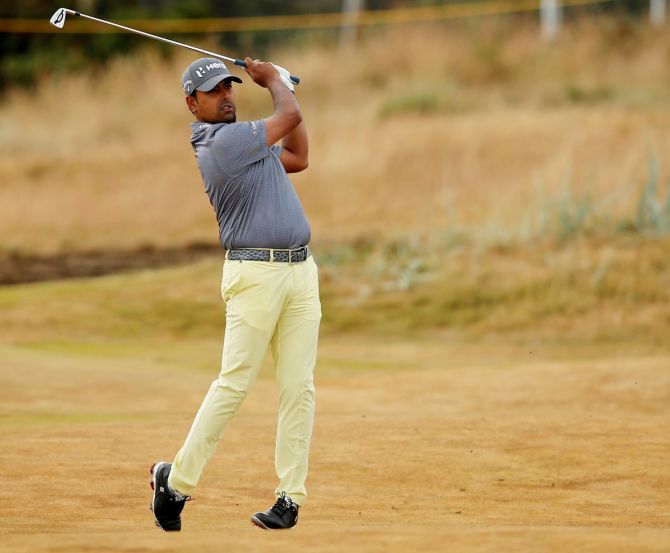 India's Anirban Lahiri knows that an Olympic medal, regardless of its colour, would go a long way to lifting golf's profile in his country and the former Asia number one is keen to achieve that change at the Tokyo Games.

The 33-year-old squeezed himself into the top 60 as the final qualifier on the list published by the International Golf Federation on Tuesday.

"It was a big surprise, I wasn't expecting it," he told the PGA Tour after qualifying for his second Olympic Games.

"It's a gift and an opportunity, so why would I throw it away," said Lahiri, who finished a lowly 57th at the Rio Games playing with an injury.

"I know what it is to be an Olympian as I’ve done it before and I don’t want to be just an Olympian.

"I want to win a medal, I want to do something that makes a difference. I know winning a PGA Tour event will do that but winning a medal would even do more."

A two-time winner on the European Tour, Lahiri endured a tough year made worse by COVID-19 infection.

Currently 118th on the rankings, Lahiri will be competing at this week's Travelers Championship hoping to consolidate his position inside the top 125 to retain his tour card for the next season.

"I feel like I’m playing really well. I feel I’m close to playing my best golf right now and for a lot of reasons, it makes sense for me. It means everything for me to go," he said.