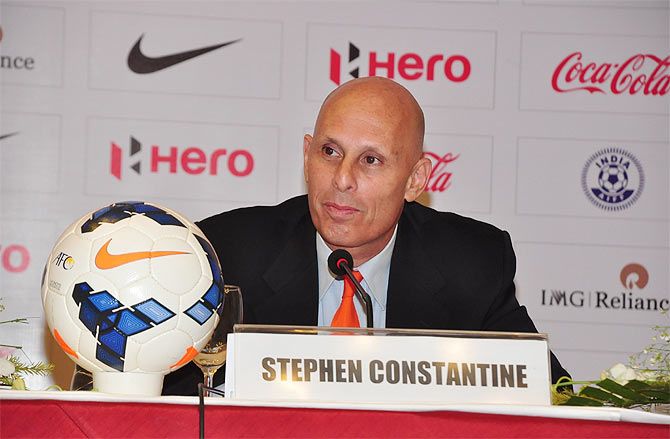 With tears in his eyes, Stephen Constantine stepped down as the Indian football team's coach, after the team's shock 0-1 defeat to Bahrain in their final Group A match and their consequent exit from the Asian Cup tournament.

The group stage Asian Cup exit turning out to be one bitter pill that he found too hard to swallow.

India's promising start to the continental showpiece ended in a heartbreak when they conceded a 90th minute penalty for Bahrain to eke out a 1-0 win in their final group engagements here Monday night. And his 'cycle' was finished.

"I'm stepping down after this game. I've been here for four years, my objective from day one was to qualify for the AFC Asian Cup. I've done that and I'm exceptionally proud of the players for everything they have given," Constantine said.

"I think my cycle has finished. I did what I was asked to and a little bit more and after four years, I think it's time to leave," the Anglo-Cypriot added.

This was Constantine's second stint with the Indian side after having been at the helm between 2002 and 2005. He returned to the hot seat after taking over the reins for a second time in 2015, succeeding Netherlands' Wim Koevermans.

Ahead of the Asian Cup, speculation was rife that Constantine was no longer on good terms with talismanic striker Sunil Chhetri and a few other senior players over his coaching methods.

"I've been here for four years. My objective from day one was to qualify for the Asian Cup and I've done that and we've broken a few records as we did that. I'm exceptionally proud of the players and everything they've given."

"The boys are sick as you can imagine. I am just disappointed for them as they gave everything in the last few games."

Under Constantine, India reached their second best FIFA rankings of 96 after slumping to 173, their worst ever, before his arrival.

"I'm sad to be leaving, the players and staff have been fantastic throughout the tournament. Even those who failed to make the final squad."

His contract was to end on January 31 and a perfect send-off was on the cards, but a reckless tackle by Pronay Halder, India's captain for the Bahrain game, ruined all plans. Constantine is now looking forward to spending time with his family.

"It's my wife's birthday today and I haven't been back to my house in six years. I've only seen my three daughters every three or four months and the time has come for me to move on," he said.

The All India Football Federation (AIFF), on its official Twitter handle, said that the 56-year-old's resignation has been accepted.

"Mr. @StephenConstan has announced his resignation as the Head Coach of the Indian National Team. We haven't received any official communication from him yet but we accept his decision & thank him for his contribution to #Indianfootball: Mr. Kushal Das, General Secretary, AIFF," the tweet said.

The coach refused to buy the argument that the team may have played for a draw.

"We didn't intentionally set up for a draw. Bahrain started with real energy, looking to get the early goal and as the game wore on, this is maybe a little inexperience on our side."

"We started defending deeper and deeper and in the end, we got punished. But I thought we were unlucky. We defended well for 90-something minutes and as the 70th and 75th minute came on the boys thought, okay we can hold on."

"Bahrain were playing with six forwards and four in midfield, it was tough, but to get beaten by a penalty is harsh in anybody's eyes," he added. 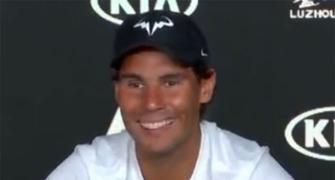 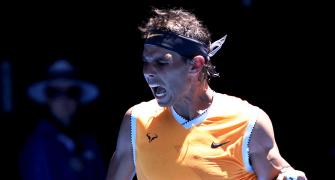 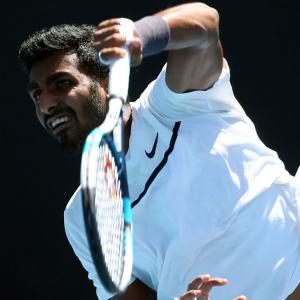 Why Prajnesh struggled on debut at Aus Open