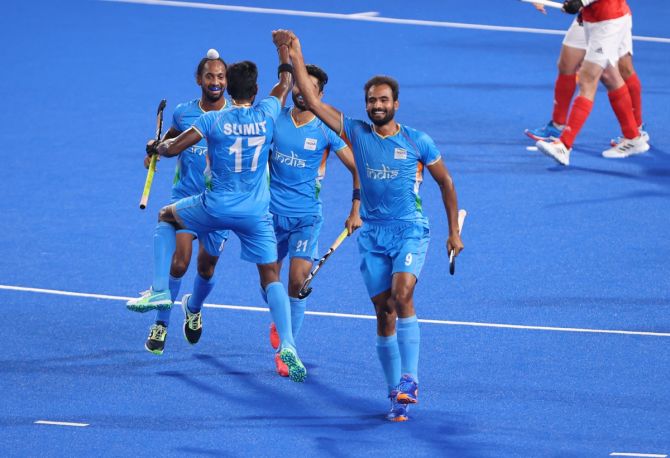 India scored a thrilling 3-1 victory over Great Britain to qualify for the semi-finals of the Olympics men's hockey tournament, in Tokyo, on Sunday.

The eight-time Olympic champions, who will play in the last four stage at the Games after 49 years, will take on Belgium, who beat Spain 3-1 in another quarter-final earlier.

The other semi-final will be between Australia and Germany. The Australians beat the Netherlands 3-0 in a penalty shoot-out after the score was 2-2 at the end of regular playing time, while Germany scored an easy 3-1 win over Olympic champions Argentina.

The last of India's eight Olympic gold medals came way back in 1980, at the Moscow Games, when there were no semi-finals in that edition as only six teams participated in the event.

The last time India featured in the semi-finals of the Olympics was in 1972, at the Munich Games, where they lost 0-2 to arch-rivals Pakistan. 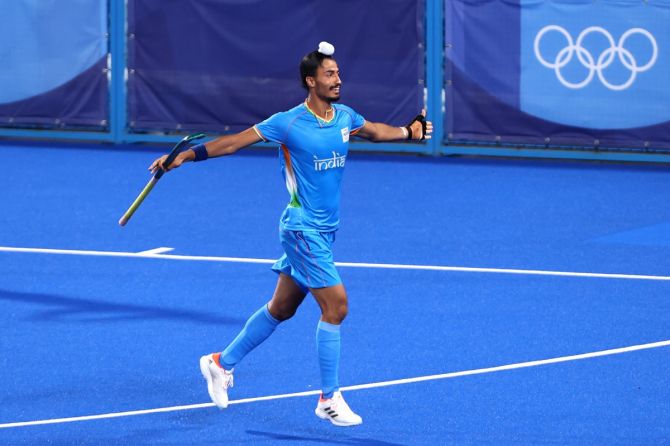 India went ahead in the seventh minute against the run of play. Dilpreet Singh did well to control a pass from Simranjeet Singh and slam the ball home from close.

The ball travelled from end to end though Britain had a better share of the exchanges, but the Indian defence held firm to go into the second quarter a goal up.

India got off to a whirlwind start on resumption in the second period and added another goal in the 16th minute following an excellent move that surprised the British defence.

Gurjant Singh did well to trap the ball inside the circle, turn and beat goalkeeper Ollie Payne with a crisp shot. 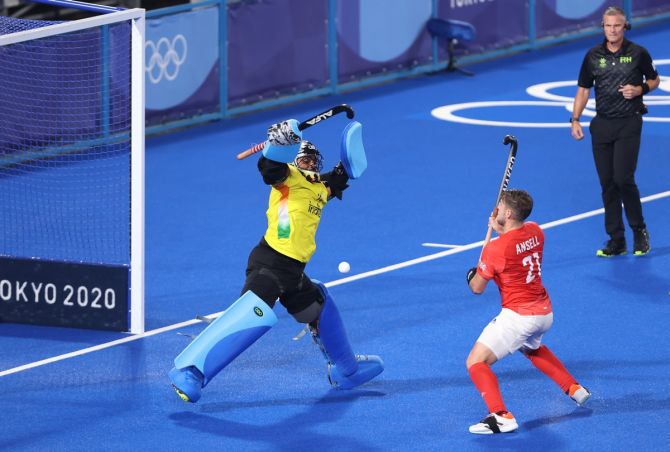 However, India's joy was short-lived as Britain, after exerting tremendous pressure, pulled one back just before the end of the quarter.

They forced three successive penalty-corners and scored from the third. Drag-flicker Phillip Roper chose the indirect variation after being unsuccessful from the earlier set-piece drills and slipped the ball to Samuel Ward, who pushed home through a crowded Indian defence.

With six minutes to go for the hooter India were reduced to ten men after captain Manpreet Singh was booked for a diving tackle and sent off. Immediately goalkeeper Sreejesh brought off a good save.

However, a defensive clearance from India's circle in the 57th minute saw the ball travel to Nilakanta Sharma, who, from midfield, put Hardik Singh in possession with a long through ball. The last-named ran into the British circle alone and dispatched a stiff shot on goal, which was saved by goalkeeper Payne. The rebound off the keeper's pads came back to him and Hardik fired home from a difficult angle.

Britain staged an all-out assault in the last minute despite being reduced to 10 men but failed to find the net again.