Sports Minister Vijay Goel has said that until and unless Pakistan stops supporting cross border terrorism there cannot be any bilateral sporting ties between the two neighbouring countries. 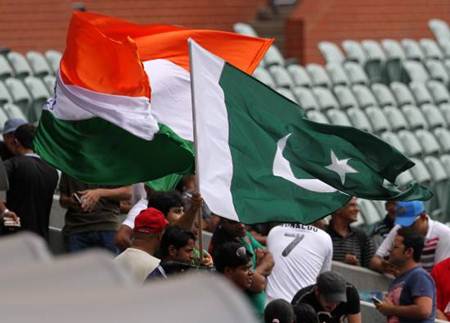 Goel's statement came in the backdrop of India denying visas to the strife-torn nation's squash and wrestling teams, which were scheduled to participate in Asian Championships in New Delhi.

"Terrorism and sports can't go along and Pakistan should understand that. The relation between India and Pakistan can be cordial only after Pakistan stops sponsoring cross-border terrorism," Goel told reporters on Wednesday, on the sidelines of the announcement of National Youth Awards..

"India take these things very seriously. We are not at loss, our decision to stop bilateral sporting ties with Pakistan will force Pakistani people to put pressure on their government to act against terrorism.

"The entire world knows Pakistan is sponsoring terrorism," he added.

Pakistan Wrestling Federation had on Tuesday claimed that its national team was denied visa by the Indian High Commission for the upcoming Asian Championship scheduled to be held in New Delhi from May 10-14.

The development comes a few days after the Pakistan Squash Federation claimed that the Indian High Commission had not issued visas for the Asian Individual Squash Championship in Chennai.

Last December, the Pakistan Junior hockey team was also not issued visas for the FIH Junior World Cup in Lucknow.