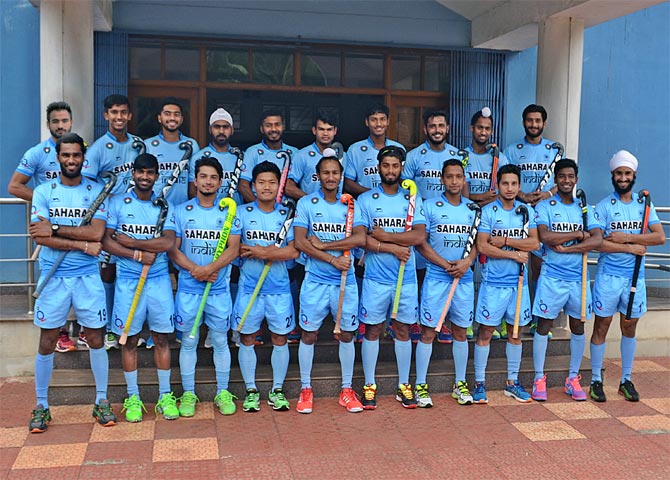 Germany's junior hockey team coach Valentin Altenburg believes hosts India will be one of the contenders to win the FIH Junior World Cup, which will begin in Lucknow, on December 8.

"India is going to be a big favourite this World Cup and I know they have been working hard for more than two years. Harendra (Singh) is doing a great job with the team spirit they have," Altenburg said.

The coach believes that most of them having played Hockey Indian League (HIL) has given them exposure for big ticket events.

"And all the players are individually strong and almost everyone has played the HIL which helps them a lot to understand the highest level of hockey as they have played with or against some of the finest players in the world. I think if any team wants to be World Champions then they have to beat India," Altenburg said.

Two-time winners of the Junior World Cup (2009 and 2013), the German national squad descended to Lucknow City hoping to bag a hat-trick of titles.

For the record, Germany has won the Junior World Cup six times in the past making them the most decorated team participating in the marquee event for the youth teams across the globe.

"Yes, we have won the World Cup six times and we are here for a hat-trick. The World Cup happens once in four years and for many players it's a one-time opportunity to play the World Cup and win the World Cup. So it's not too difficult to motivate the team to do it again and this time they are chasing the goal of a hat-trick," stated the team's Head Coach Altenburg, who was also the Head Coach for the senior men's
squad that won the bronze medal at the Rio Olympics.

Altenburg has been closely working with the junior team for three-and-a-half years and he believes this World Cup will be a stepping stone towards spotting players who will go on to play for the senior squad.

"We already have a couple of Under-21 players who have played for the senior team and Timm Herzbruch played at the Olympics too. We see this as the stepping stone towards being on top of the world in hockey and Junior World Cup is the stage where you can see who can be your future," he added.

The 34-year-old German Coach also pointed out that India will be a team to beat at this World Cup. Germany had lost to India in the Final of the Four Nations Tournament held in Valencia (Spain) in October this year.

Germany are grouped in Pool C with Japan, New Zealand and Spain.