News
Business
Movies
Sports
Cricket
Get Ahead
Money Tips
Shopping
Sign in  |  Create a Rediffmail account
Rediff.com  » Sports » India at Asiad: No gold but lot of silver linings in track-and-field 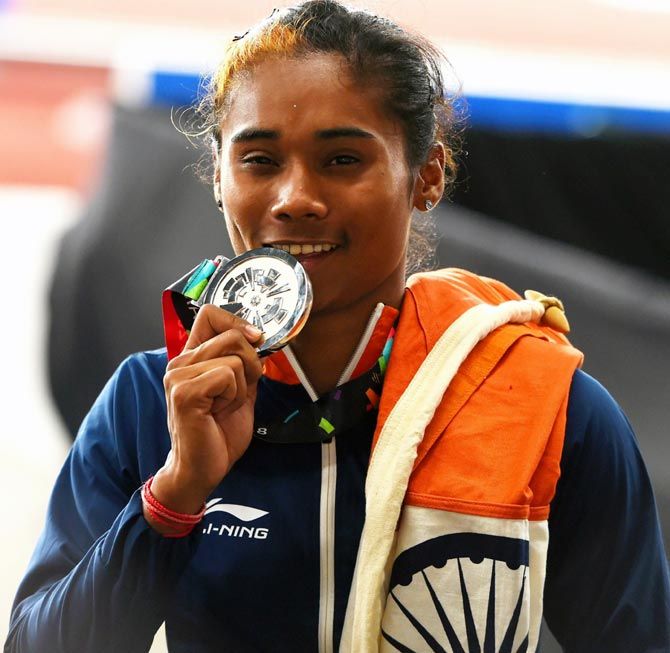 Hima Das shone the brightest with a brand new record to her name, Mohammed Anas did enough to hold on to his status of a regional force and Dutee Chand won another battle of relevance on a jinx-breaking day for India at the Asian Games, on Sunday.

It was a day when India counted the silvers, a total of five, even though there was no gold in the tally. The country took the ninth spot in the overall standings with 36 to its credit, including seven gold, 10 silver and 19 bronze medals.

The 18-year-old Hima shattered the 400m national record for a second time in two days for her silver while Anas grabbed the second place in the same event for men.

Dutee, for long haunted by the gender dispute case that she eventually won, dug her heels for a silver in the women's 100m in a remarkable photo-finish.

The silver medals from Hima and Anas were on expected lines as the gold winners in their respective events were outright pre-race favourites. Hima clocked 50.59 seconds to win the silver, while Asian champion Anas clocked 45.69 seconds in his 400m final. 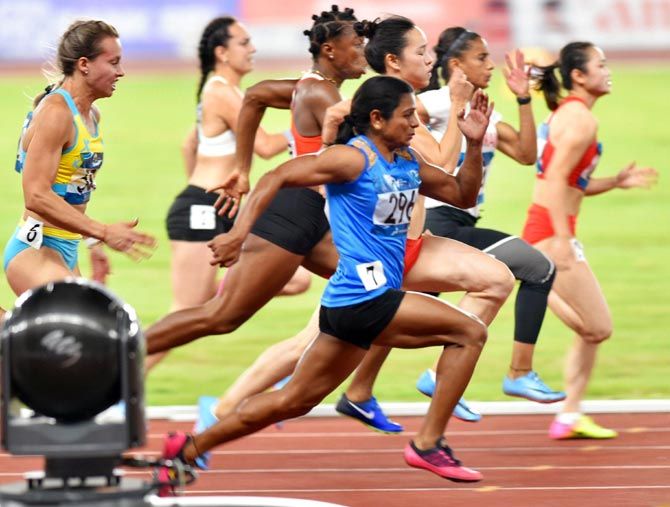 There was major heartbreak too as long distance runner Govindan Lakshmanan crossed the finishing line at third in the men's 10,000m race but was later disqualified for violating IAAF 163.3b rule on lane infringement. He was initially shown to have clocked 29:44.91.

If Hima, Anas and Dutee were the undisputed stars on the track, the equestrian team turned out to be the surprise package of the day, bagging a couple of silver medals in the eventing competition.

Fouaad Mirza became the first Indian to win an Asian Games individual equestrian medal since 1982 besides guiding the country to a second-place finish in the team competition. 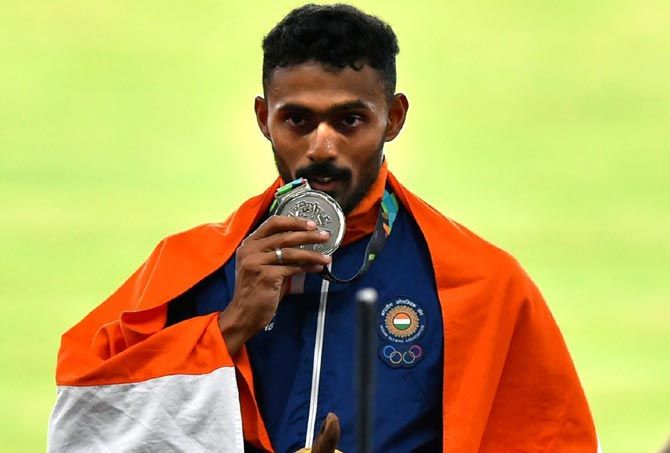 The debut sport of bridge than gave India a couple of bronze medals -- in the men's team and the mixed team events.

India were also assured of at least two silver medals from archery after the men's and women's compound teams advanced to the final by prevailing over Chinese Tapiei in both the semi-finals.

The Indian men are the defending champions and they lived up to their reputation by getting the better of Chinese Taipei 230-227 in an edge-of-the-seat semis.

The Indian men will play powerhouse South Korea in a repeat of the 2014 Incheon Asiad title clash.

Earlier in the day, the Indian women's compound team bettered its previous edition's performance by entering the summit clash, where it will also face South Korea.

The team, comprising Jyothi Surekha, Madhumita Kumari and Muskan Kira, too, edged out Chinese Taipei 225-222 in another thrilling.

Among other good results, India's defending champion men's hockey team continued its unbeaten run and beat South Korea 5-3 in a pool match to storm into the semi-finals.

On the badminton court, Olympic medallists PV Sindhu and Saina Nehwal headed for a gold medal showdown after their quarterfinal victories ensured India's first ever women's singles medals at the continental event. 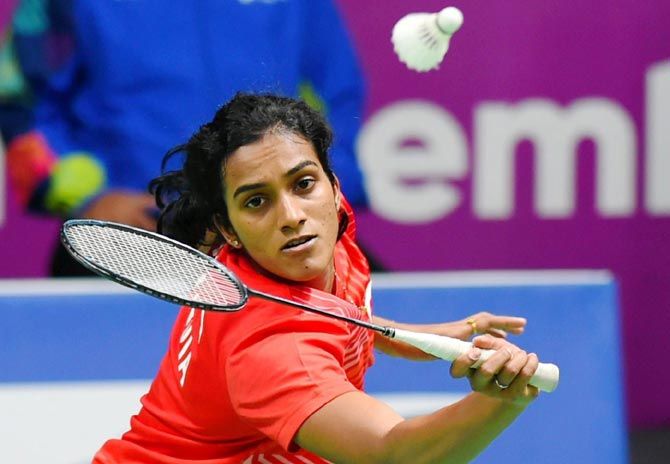 First it was Saina, who locked at least a bronze following a 21-18 21-16 win over world number five Ratchanok Intanon in a 42-minute quarterfinal. Sindhu then fought past world number 12 Nitchaon Jindapol 21-11 16-21 21-14 in the other quarterfinal.

However, the golfers finished seventh at the men's team event. India, who were second and in contention for a medal at the halfway stage of the tournament, came a cropper on the third day when none of the four players could register a sub-par round.

The same happened on the final day and it was curtains for them.

India's shooting campaign at the Games also ended on a disappointing note after four skeet participants failed to qualify for the finals in Palembang.

Sheeraz Sheikh and Angad Vir Singh Bajwa finished 13th and 14th respectively on day two of the qualification, failing to make the finals with scores of 120 and 119.

It was a day of mixed fortunes in boxing as former world silver-medallist Sarjubala Devi advanced to the quarterfinals but Manoj Kumar and Shiva Thapa went out after pre-quarterfinal losses. 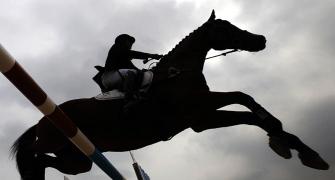 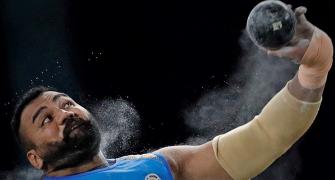 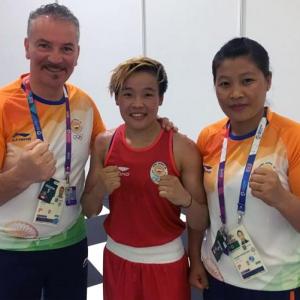 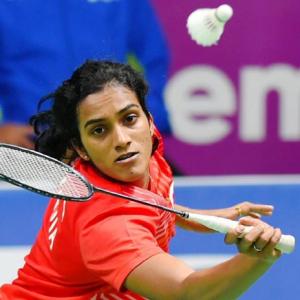