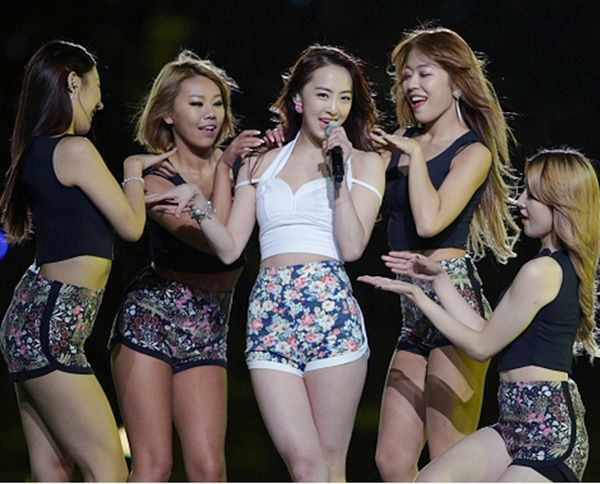 SISTAR perform during the Closing Ceremony of the 2014 Asian Games at the Incheon Asiad Main Stadium. Photograph: Getty Images

The 17th Asian Games came to a close on Saturday, bringing an end to two weeks of intense competition, drama and controversy that shone a light on the best and worst of a region that will host the world's biggest events for the next decade.

A spectacular ceremony at Incheon's Asiad stadium officially marked the end of a Games that was hailed as a brilliant success and a model for future multi-sports events despite being tarnished by doping, crime and rows over religious freedom, women's rights and judging.

At a time when Europe and North America are increasingly reluctant to even bid for the biggest sporting events because of the astronomical costs, South Korea pulled it off for around $2 billion, a fraction of the $32 billion China spent on the last Asian Games or the $51 billion Russia splurged on this year's Winter Olympics. 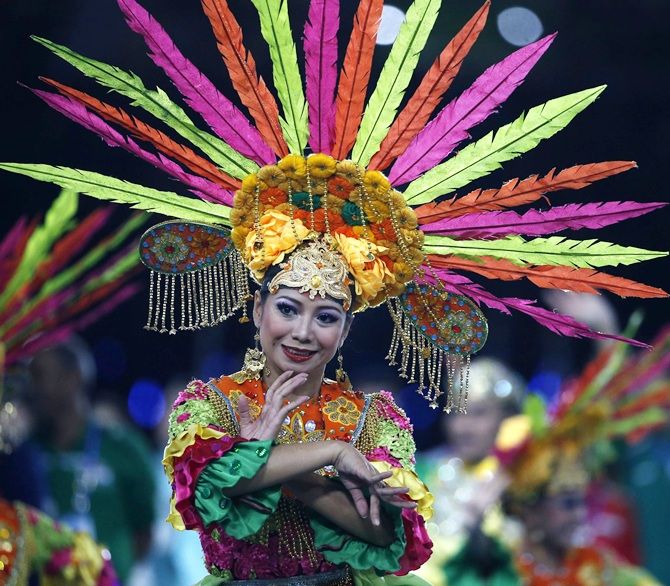 Performers from Indonesia, the host country of the next Asian Games, dance during the closing ceremony of the 17th Asian Games at the Incheon Asiad Main Stadium. Photograph: Jason Reed/Reuters

And Indonesia, the hosts of the next Asian Games in 2018, have already been told they can do it even cheaper, getting approval to save money by using existing stadiums rather than constructing new ones that invariably turn to white elephants.

It is a trend that the Olympic Council of Asia (OCA) hopes will not only safeguard the future of the Asian Games but also help continue the dramatic growth of the event from its humble beginnings to one of the world's mega sporting festivals.

It already has more sports than the summer Olympics and almost as many athletes, drawn from the world's most populated region, and could get even bigger.

The OCA general assembly voted to allow Oceania countries to compete at the next Asian Indoor Games, a move that could pave the way for countries like Australia to join the main Asian Games in the future.

"The positive signals are from the whole picture. This Asian Games has become like the Olympics," said OCA president Sheikh Ahmad Al-Fahad Al-Sabah in his closing address to the media.

"Everyone is smiling and I think everyone was satisfied with the success of the Games. But also, we are keen to reach to be better, and learn lessons for the future."

‘This is Asia's time’ 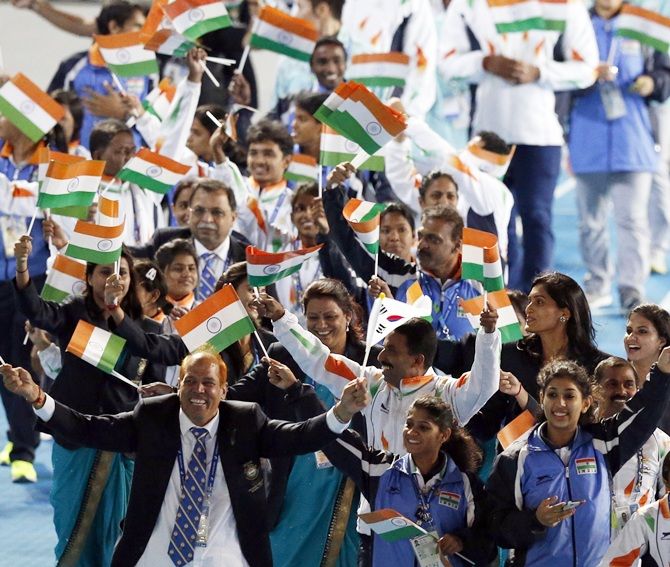 The future of sport in Asia already looks rosy. After decades when sport's biggest events were mostly split between Europe and North America, the power-base has shifted east.

And that's just the tip of the iceberg. Asia will also stage a wide array of world championships over the next decade as sporting bodies take their events to the fastest growing regional economy in the world.

Hagino named as the outstanding athlete of the Games 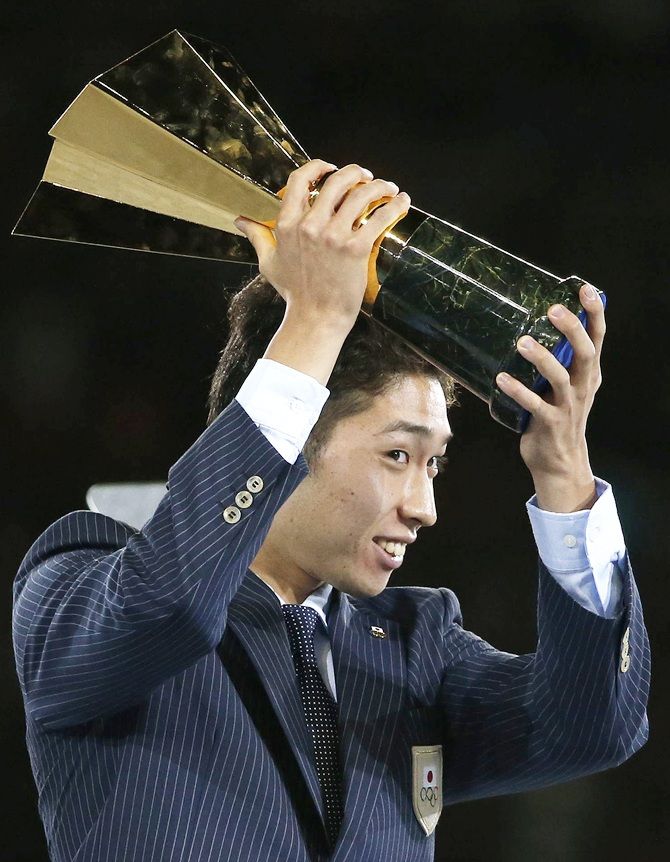 The standard of competition at the Asian Games is also rising fast. The OCA does not have qualifying standards because it wants to encourage smaller nations to compete, leading to some irreverent and quirky results.

The men's cricket semi-final between Sri Lanka and Bangladesh was determined by a coin toss after the match was rained out and Singapore was promoted to the bronze medal position in sepak takraw -- an unique southeast Asian sport where competitors kick a rattan ball over a net -- when Laos forgot to show up for their semi-final.

But against that, there are also hundreds of world-class athletes, who have already won world and Olympic titles and will win more at the 2016 Rio Olympics.

China dominated the medals tables in Incheon, winning 151 of the 439 gold medals on offer. The host-nation South Korea was second with 79 golds, followed by Japan with 47.

Japanese swimmer Kosuke Hagino was named as the outstanding athlete of the Games after scooping up seven medals, including four golds. Of the 45 competing nations, 37 won medals.

"That's 82 percent of NOCs (National Olympic Committees), that have won at least one medal, which means all athletes have represented their country well," said Sheikh Ahmad.

"The top five nations of the Asian Games medal tally are in the top 20 at the Olympics, which means Asia can meet the international standards." 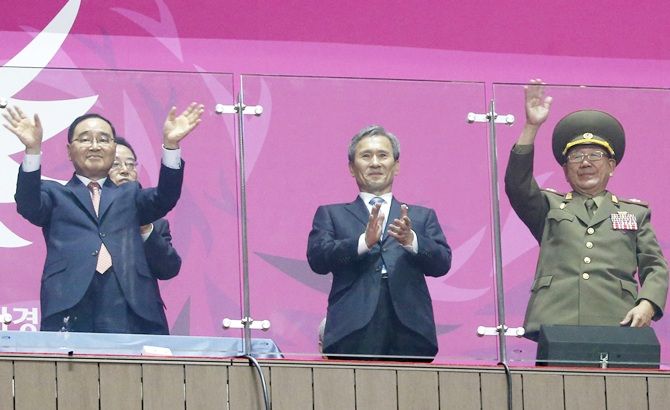 North Korea, which originally threatened to boycott the Games, were an immensely popular and successful addition. The reclusive state won 11 gold medals and set five world records in weightlifting, and drew big cheers whenever they competed.

At a time of great unease in Asia, politics was pushed to the background, but not everything was smooth sailing and the Games attracted plenty of controversies that exposed another side to Asia's diverse culture.

Saudi Arabia was criticised by Human Rights Watch after refusing to pick any women in its team, prompting complaints the Islamic kingdom was shutting the door on female athletes.

The Qatar women's basketball team quit the Games to protest the International Basketball Federation's refusal to let them wear their hijabs during matches, saying it violated their religious beliefs.

A male Iranian team official and a male Palestine soccer player were thrown out after being charged with sexually harassing female volunteers and a Japanese swimmer was expelled and later fined for stealing a camera from a photo journalist.

‘If they buy the athletes, they stop training their own athletes’ 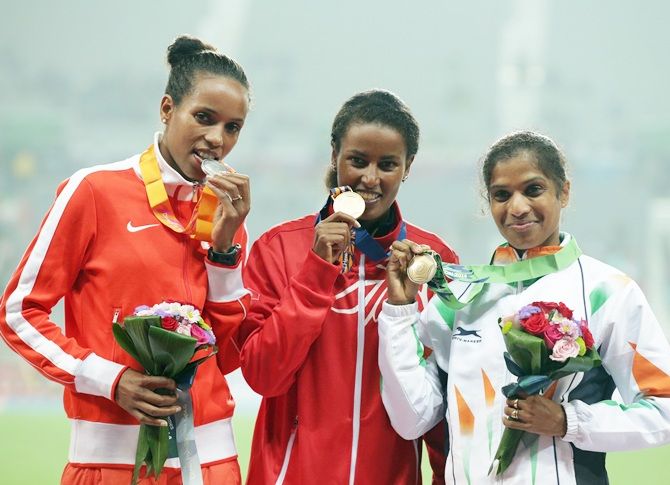 There were also some eyebrows raised about the surge of African-born runners switching nationalities and competing for oil-rich Gulf states.

Bahrain, Qatar and United Arab Emirates all won gold medals with fleet-footed young Africans, who had changed countries and met the eligibility and residency requirements in time for the Asian Games.

Wei Jizhong, an honorary life vice president of the OCA, said no one had broken any rules but officials were worried about the practice.

"If they buy the athletes, they stop training their own athletes. That is not beneficial to a country's sport," he said.

‘It is normal to have some negativity’ 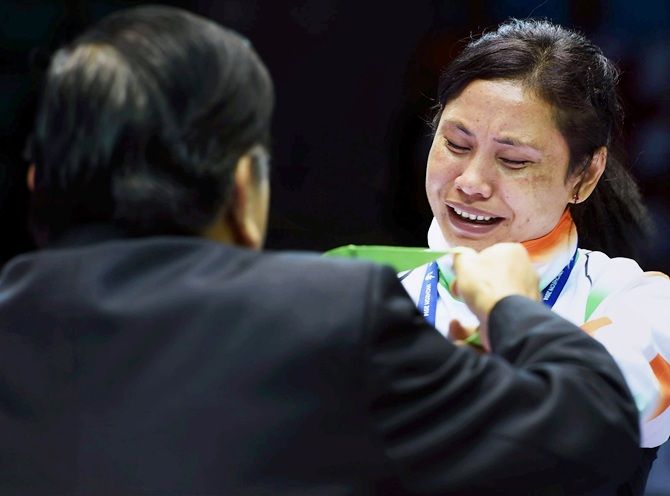 Five countries lodged formal complaints about the judging at the boxing and an Indian fighter refused to accept her bronze medal after losing her semi-final to a South Korean.

And the ugly spectre of doping left a dark stain on the Games with six competitors, including two gold medallists, kicked out for failing drug tests.

"With 9,700 athletes here there will always be some negatives, but we have only had six doping cases," said Sheikh Ahmad.

"It is normal to have some negativity. However, if we only see the negative parts, we will never develop the future of the Asian Games."

© Copyright 2021 Reuters Limited. All rights reserved. Republication or redistribution of Reuters content, including by framing or similar means, is expressly prohibited without the prior written consent of Reuters. Reuters shall not be liable for any errors or delays in the content, or for any actions taken in reliance thereon.
Related News: OCA, Asia, Kosuke Hagino, Reuters, South Korea
COMMENT
Print this article 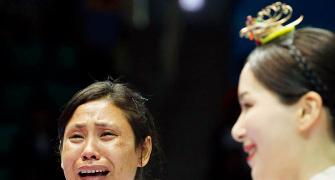 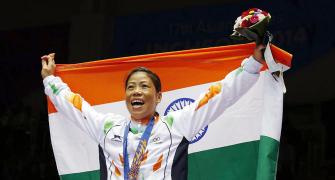 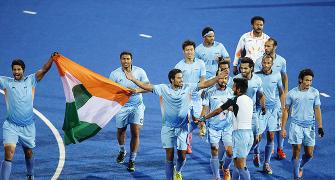 'This gold medal will make public reconnect with the hockey' 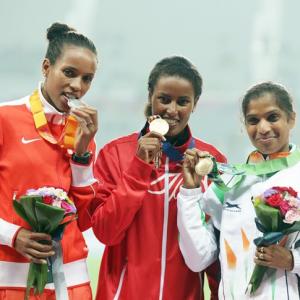 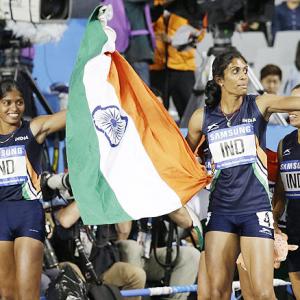