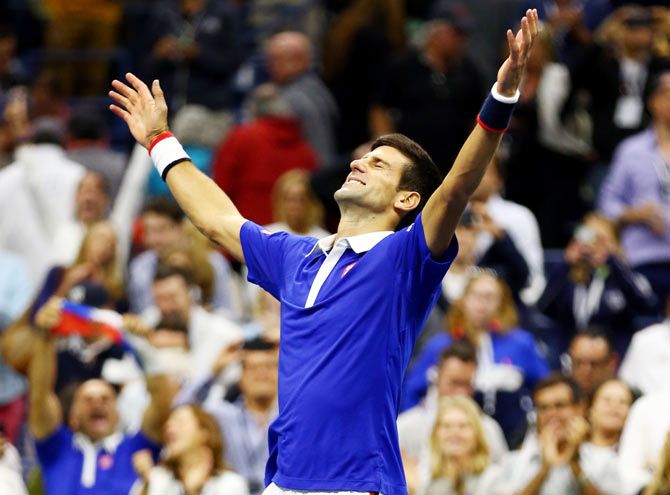 His father was a professional skier and wanted his son to be a skier or professional soccer player but changed his mind when Djokovic excelled at tennis from an early age. 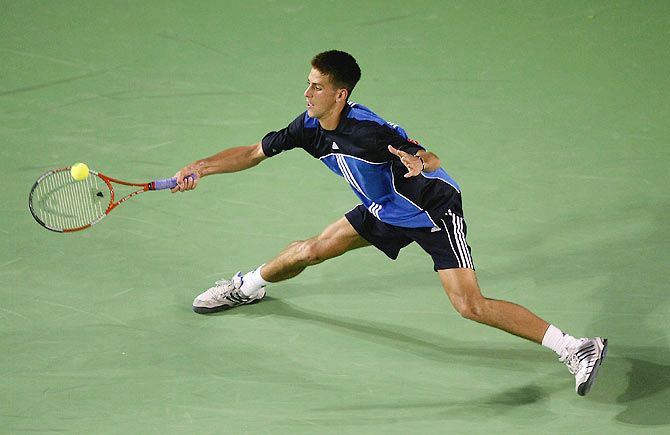 * First full year on tour in 2005: Made grand slam debut as a qualifier at the Australian Open, losing to Russian Marat Safin in the first round. Finished as the youngest player (18 years, five months) inside the top 100.

* He retired in the 2006 French Open quarter-finals against Spaniard Rafael Nadal when trailing by two sets, and again a year later due to blisters in the Wimbledon semi-final against the same opponent. 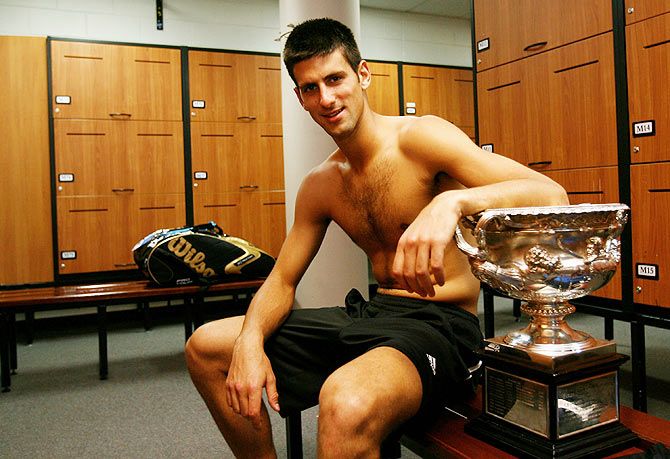 * Failed to successfully defend his title in Melbourne the following year after controversially pulling out of his quarter-final against American Andy Roddick citing heat exhaustion on a sweltering day. IMAGE: Novak Djokovic poses with a cake decorated in the colours of the Serbian flag as he celebrates becoming the new World Number 1 tennis player on July 4, 2011 after defeating Jo-Wilfred Tsonga in the Wimbledon semi-final. Photograph: Clive Brunskill/Getty Images

* Began 2011 by winning the Australian Open, beating Briton Andy Murray in the final, to end his three-year wait for a second grand slam title.

* Won his next six tournaments in Dubai, Indian Wells, Miami, Belgrade, Madrid and Rome. Did not lose again until June 3 when Federer ended his 41-match winning streak in the French Open semi-finals.

* Secured the number one spot on July 4 by beating Tsonga in the Wimbledon semi-finals, then beat Nadal to clinch his first Wimbledon crown, his first title on grass.

* Saved two match points to beat Federer in the semi-finals of the US Open then defeated Nadal in the final to become the seventh man to win three grand slam titles in a year since tennis turned professional in 1968. IMAGE: Novak Djokovic eats some of the centre court grass as he celebrates winning the Wimbledon Championships against Roger Federer at the All England Lawn Tennis and Croquet Club on July 6, 2014. Photograph: Al Bello/Getty Images

* Defeated by Nadal in the 2012 French Open final.

* Began 2013 by beating Murray to become the first man in the professional era to win three successive Australian Open titles.

* Loses to Nadal in the 2014 French Open final before beating Federer in a five-set Wimbledon final. 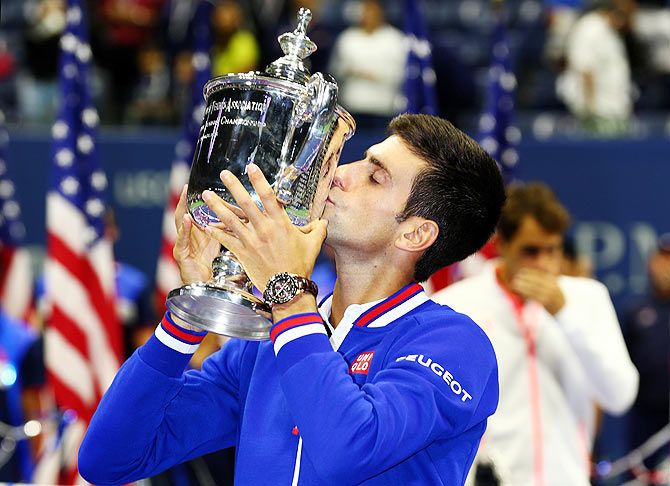 * Reached all four grand slam finals in 2015. Began the year by capturing a fifth Australian Open title, then missed out on the French Open again after falling to Stanislas Wawrinka in the final. Five weeks later draws level with his coach Boris Becker's Wimbledon haul of three titles by defeating Federer in the All England Club final. Beat Federer in US Open final, giving him three grand slam titles in a year for a second time.