'I have 21 years of coaching experience and I am going to prepare a blueprint for 2020. My target is always to win a medal in any tournament because I am a desh bhakt (patriot) and I always want to see the tri-colour flying high.' Tipped as the front-runner to succeed Roelant Oltmans, World Cup-winning junior coach Harendra Singh is set to apply for the vacant senior men's team coach and feels he is best suited for the role.

Harendra, who was associated with the senior men's team as national coach from 2009 to 2011, believes his credentials are at par with all the foreign coaches in the world and his application would be hard to ignore for Hockey India.

"Yes, I will definitely apply, there is no ambiguity in it. But I will submit my application after doing all the home work. I am willing to take over and I promise I will deliver to the expectations of the countrymen," Harendra said.

"I have 21 years of coaching experience and I am going to prepare a blueprint for 2020. My target is always to win a medal in any tournament because I am a desh bhakt (patriot) and I always want to see the tri-colour flying high."

"A foreign coach will have to start from the scratch. He will not be aware of all the players. But I know these group of players in and out," he added.

Asked whether how confident he is of getting the nod, Harendra said: "They (HI) can't ignore me now. I think I am 100 per cent in the league of the top foreign coaches of the world.

"But I want to make it clear that I won't work under any foreign coach except for Ric Charlesworth."

Harendra's chances seem bright after Hockey India's High Performance Director David John hinted that the Junior World Cup winning-coach could be the frontrunner if he opts to apply.

"John knows me since 2011. We have worked together. We have a very good understanding but I won't like to predict anything. Let's wait and watch," said Harendra, touted by many as the best Indian hockey coach at present.

HI sacked Oltmans for non-performance last Saturday after a four-and-half-years stint during which he also performed the role of High Performance Director before taking up the coaching role in 2015.

Although Harendra feels removing Oltmans is a right decision but said the timing is not right.

"The decision was a right one but I feel HI was a little late. Every team appoints a coach from Olympic cycle to cycle and a new coach now will take time to adjust," he said.

aving said that Harendra, however, has high regards for Oltmans because of his contribution to Indian hockey during his tenure.

"One thing is for sure Oltmans changed a lot of things in Indian hockey. He has changed the thinking of players, pattern of play and training system," said Harendra, who along with Oltmans guided India to Junior World Cup title last year in Lucknow.

Harendra said a level of accountability should be fixed for all coaches.

"A coach has to be accountable. He or she should not be made to relax and complacent. Foer this to happen perks and luxury of a coach should be made result oriented," he said. 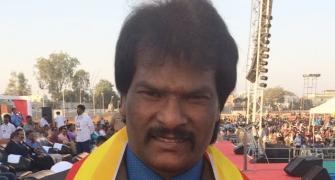 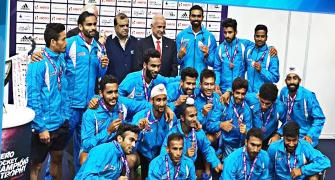 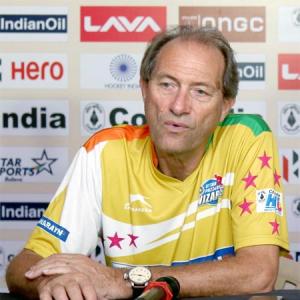