Odafe Okolie struck twice against Mohun bagan to guide Churchill Brothers to their first win in this season's I-League, at the Nehru Stadium in Margao on Sunday.

Churchill Brothers' plan to attack from the word go worked as they scored as early as in the 3rd minute.

Zakeer Mundampara, who shone in midfield, sent a cross to Odafe, who got the better of two rival defenders before essaying a firm right-footer to beat goalkeeper Paul all ends up.

The early goal was the impetus Churchill needed as they put pressure on the rival defence and found the net again through Odafe, but the Nigerian was called off side by referee S Suresh.

Churchill's midfield combined well and, along with their strikers, troubled the bagan defense that was beaten by a long ball from Charan Rai and Odafe, who found space inside the box, unleashed a shot which went in after a deflection by defender Harpreet Singh.

Whenever Churchill made a counter move Bagan defense look jittery and expectedly succumbed in 67th minute when defender Harpreet Singh brought down Odafe from behind. The referee awarded a penalty, which the Nigerian converted with ease.

The hosts shot into lead in the 73rd minute through striker Jimshad's header but Sunilkumar came up with the equaliser in the dying moments of the match to help Pune share the points.

With this draw, both Viva and Pune FC have two points apiece from three encounters.

Viva dominated the entire match and could have won rather convincingly, but have to blame themselves for the result as their strikers failed to utilise the opportunities that came their way, especially in the second half, much to the dismay of the holiday crowd.

Continuing their winning run, East Bengal registered their third consecutive victory, thrashing an inexperienced AIFF XI 4-0 in an I-League third round match at the Yuba Bharati Krirangan in Kolkata on Sunday.

After being held goalless in the first half by a spirited AIFF XI, East Bengal scored through Robin Singh (51st and 75th), Penn Orji (69th) and Tolgay Ozebe (80th) to notch up third win on the trot.

East Bengal now have six points and climbed to the top of the table while AIFF remained on one point.

Floated by the federation, the young AIFF outfit under experienced Desmond Bulpin showed a lot of promise in the first half as they thwarted East Bengal's raids through Singh and Ozebe. 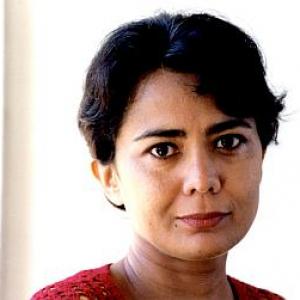