News
Business
Movies
Sports
Cricket
Get Ahead
Money Tips
Shopping
Sign in  |  Create a Rediffmail account
Rediff.com  » Sports » I have been working on my mental game: Sindhu

'I have lost matches were I am leading. I know physically and mentally at times when you lose such matches it hits you, but we have to comeback stronger to ensure that it doesn't happen again.' 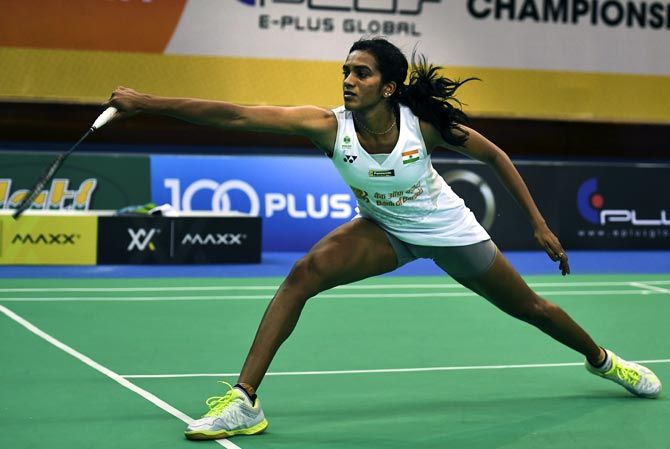 Olympic silver medallist P V Sindhu says losing close matches from advantageous position dealt a blow to her confidence and she is looking to overcome it by working on the mental aspect of her game.

Sindhu achieved unprecedented success in the last couple of years but she also suffered some heart-breaking losses in the finals of 2016 Rio Olympics, 2017 World Championship, 2017 Dubai Super Series Final and India Open this year.

"I have lost matches were I am leading. I know physically and mentally at times when you lose such matches it hits you, but we have to comeback stronger to ensure that it doesn't happen again," Sindhu said after ekeing out a thrilling win over Japan's Nozomi Okuhara to enter the semi-finals of the All England Championship, in Birmingham, on Friday.

"I have been working on my mental game. My coaches have been telling me, because sometimes I find when I hit out or tap to the net, when you actually have to get points, I lose confidence and get nervous. So they tell me 'let it be its over.' I have been practising that and I think I am getting better," she added.

"It was like the World Championship and Dubai Super Series match, not so long may be but it was not easy to play against Okuhara. We know each other's game so there were long rallies. We had to give our best," Sindhu said.

"In the first game, I was leading 20-19 and I hit at the net. I was nervous, I was also trailing in the second but I knew it is not over till the last moment and I fought back and won 21-18.

"We can't expect easy points, we have to strategies our game focusing on each point. I was down in the decider and she was leading 16-12 like yesterday against Jindapol. So I am just happy I could fight back and win. It feels really great to be at the semifinal."

Asked what was her strategy against Okuhara, an opponent she has played 10 times now, losing five and winning as many times.

"I have to be patient enough, and keep going, keep the shuttle in the court because she is a rally player, so have to be very consistent. She doesn't leave any shuttle, till the last minute, even if you hit the shuttle down, you can't relax and think it is over, you have to pick it up. You have to be ready always," Sindhu said.

The World No. 3 Indian, however, said quick recover will be the key tomorrow as she has played three three-game matches in the last three days.

"I am playing well but it has been three-setters right from the start in this tournament and I really need to go back and recover well. It is not over because tomorrow going to be a big match. I have to give my 100 per cent," she said.

"It was a tough match and I think both of them are used to playing long matches,and it is good that she ended on the right side this time but Okuhara has been a fantastic fighter and it is great entertainment for the spectators," he said.

"Overall very happy to see Sindhu pull off a great win. They have had a very similar matches all along, and hopefully she will pull through in the next couple of days as well," he said. 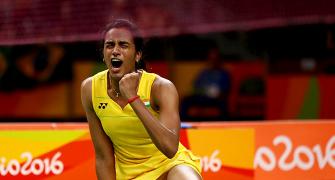 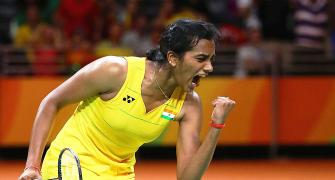 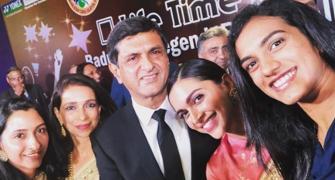 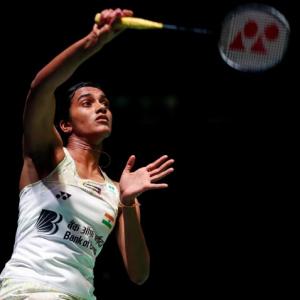 Sindhu enters All England semis after thrilling win over Okuhara