'My Whastapp is full of messages telling me to carry on till Paris. The only person who wouldn't want that is my wife.' 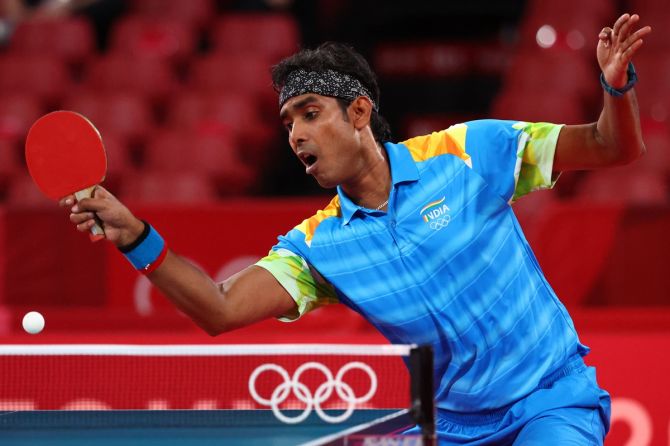 Sharath Kamal feels he might have played the best match of his almost two-decade career despite ending on the wrong side of the result against the mighty Ma Long at the Tokyo Olympics on Tuesday.

Seldom one's best performance comes in a losing cause, but it is different when one is facing arguably the greatest player of all-time.

The 39-year-old showed against the reigning World and Olympic champion that he is still at the top of his game.

The performance against the Chinese legend in the Round of 32 has further convinced him to take him part in the Paris Olympics, which will be his fifth and is "only" three years away.

"I played the best game possible and that has been my best Olympic Games, simple because of the way I played. The only thing I would like to change here is the draw. If I had anybody else in this situation (other than Ma)… I had a real good shot at reaching the quarter-finals," the world number 32 said.

India's finest ever table tennis player was a tad surprised himself that he was able to pull off those lightening quick forehand and backhand winners with pinpoint precision, which was needed to unsettle "The Dragon".

The work he has put in on his backhand over the last six months to make him a complete player was very much evident against Ma Long.

"The kind of pressure I was able to put him in, I almost had him," declared Sharath, with slight disappointment in his voice as he boarded the bus back to the Games Village after playing the match of his life.

"I have not yet broken down the game tactically yet but it was more about putting the pressure on Ma (who played the first match of the competition).

"I was just unfortunate the I could not convert that third game, otherwise it would have been a very different match," he said, referring to game he lost 11-13 after winning the second with a rocket-like cross court forehand. 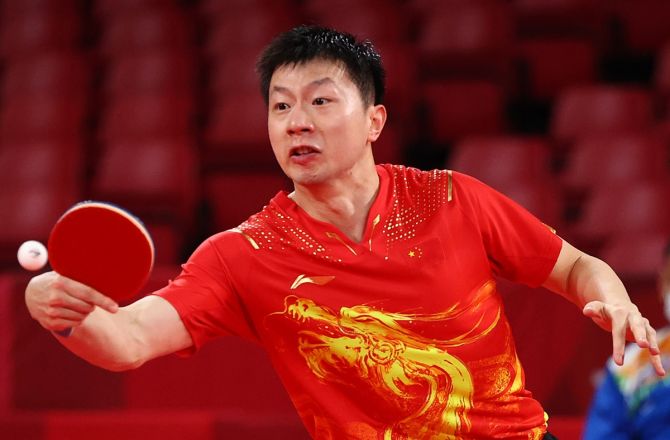 Sharath, who had beaten three top-20 players in the 2015 Asian Cup in Jaipur, said his effort in Tokyo surpassed even that feat at home.

He may have ended far away from a medal but a third-round finish at the Games -- the first ever Indian male to do so -- is good enough for him to rate it as his best-ever performance.

It was Sharath's fifth meeting against Ma Long and for the first three games he was able to match him stroke for stroke. In one of his previous meetings in Sweden too, he had taken a game off the Chinese but didn't challenge him the way he did on Tuesday.

"With every point you learn something when you are playing someone of Ma's calibre. I would like to go back to the video and see how he came out of those pressure situations and what he did to get out of it," he said referring to Ma Long taking a 6-0 lead in the fourth game before sealing the match in fifth.

Talking about India's run at the Tokyo Olympics, Sharath said it was another shot in the arm for table tennis after the historic high at the 2018 Asian Games, where the country won its first medal in 60 years and ended up with two bronze.

"My Whastapp is full of messages telling me to carry on till Paris. The only person who wouldn't want that is my wife (he says with a laugh). This performance has definitely given me a push to be there at Paris.

"I will go back home and reassess my plans with the CWG and Asian Games scheduled next year. I need a short break now and then I will think about everything else.

"Though we didn't win a medal, it has been a solid performance from India. Manika (Batra) did really well (to reach the third round) and both of us were able to generate a lot more eyeballs on the game."