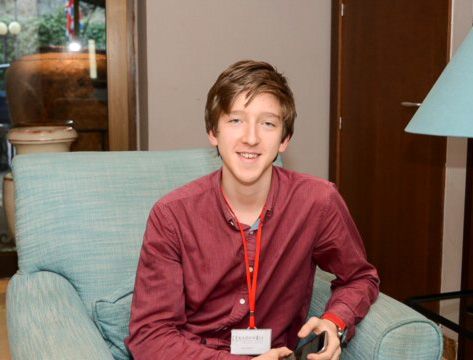 Five-time World champion Viswanathan Anand continued to struggle with his form as he lost to 16-year old International Master Benjamin Gledura of Hungary in the seventh round of the Masters section of Gibraltar International Chess festival, in Gibraltar, on Tuesday.

With just three rounds to come in the tournament, Anand's tally stays at four points from seven games which rules him out of contention for a podium finish.

For the records, Anand played the Slav defense and on another day against his elite peers would have drawn the resulting endgame fairly easily. 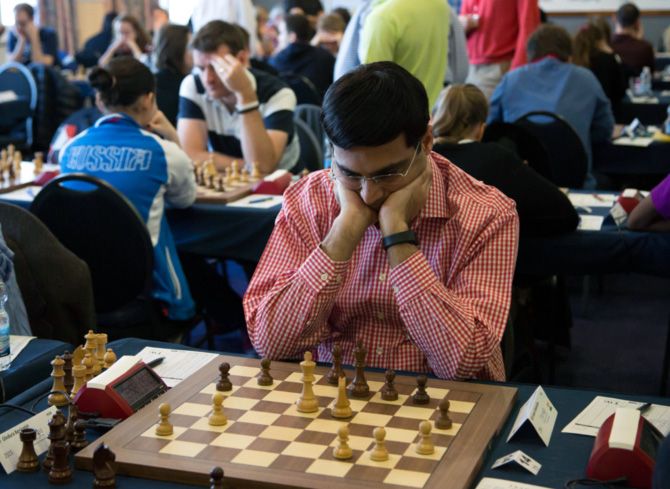 However, one mistake led to another and what looked like a certain draw on move fifteen turned in to a lost endgame. Gledura was spot on when he had to find the best moves in the endgame once Anand erred decisively.

David Anton Guijjaro, the 20-year old Spanish Grandmaster emerged as the sole leader on six points defeating Richard Rapport of Hungary. Guijarro is now followed by as many as 15-players on 5.5 points apiece after a draw-filled day at the top of the tables.

Four Indians Pentala Harikrishna, Abhijeet Gupta, Vidit Gujrathi and S P Sethuraman are sharing the second spot on 5.5 points apiece besides the likes of Maxime Vachier-Lagrave of France, Radoslav Wojtaszek of Poland, Ni Hua of China and eight others.

The second highest rated Indian Harikrishna was held to a draw by Bruzon Batista Lazaro of Cuba while Abhijeet did not get any opportunity and easily drew with Etienne Bacrot of France. The other Indian overnight joint leader Vidit Gujrathi was in a spot of bother but eventually held Yu Yangyi of China to a draw while S P Sethuraman made a grand stride forward at the expense of Andreas Kelires of Cyprus.

Amongst the Indian eves, Padmini Rout moved a step closer to her second Grandmaster norm with a fine victory over Qatar's Grandmaster Mohamed Al-Sayed. Padmini is now leading the women's section along with Irina Krush of United States and World champion Mariya Muzychuk of Ukraine on five points apiece.

The highest-rated Indian girl in the fray, Dronavalli Harika is not far behind on standings as she got another creditable draw by signing peace with Laurent Fressinet of France. On 4.5 points, Harika is just a half point behind the three leaders with best tiebreak to back her so far.

There are some key encounters in the next round and the all-Indian duel between Harikrishna and Gujrathi is on top of the list. Sethuraman will take on Yu Yangyi while Abhijeet Gupta will have his task cut out against Ni Hua.