India's top player Koneru Humpy defeated Valentina Gunina to reach the semi-finals of the fourth and final leg of the Women's Speed Chess Championships on Thursday.

The world rapid champion Humpy got the better of Russian 6-5 to set up a last four clash with world No.1 Hou Yifan of China. 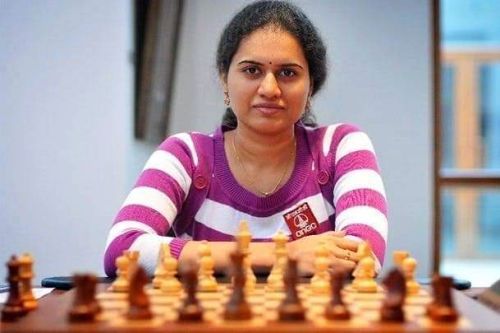 The Indian, ranked number 2 in the world, started well and established an early lead before Gunina fought back. However, Humpy held her nerve to advance.

Harika, on the other hand, went down 3-9 to former world champion Alexandra Kosteniuk of Russia in an encounter which the latter dominated.

Yifan, meanwhile, continued her good form, to post an easy 7.5-3.5 win over Zhansaya Abdumalik of Kazakhstan in the quarter-final.

This is the final leg of the Grand Prix, with a total of 21 participants. Each of the 21 players participates in three out of four Grand Prix legs. Each GP is a 16-player knockout event.