How this javelin thrower continued training amid COVID-19 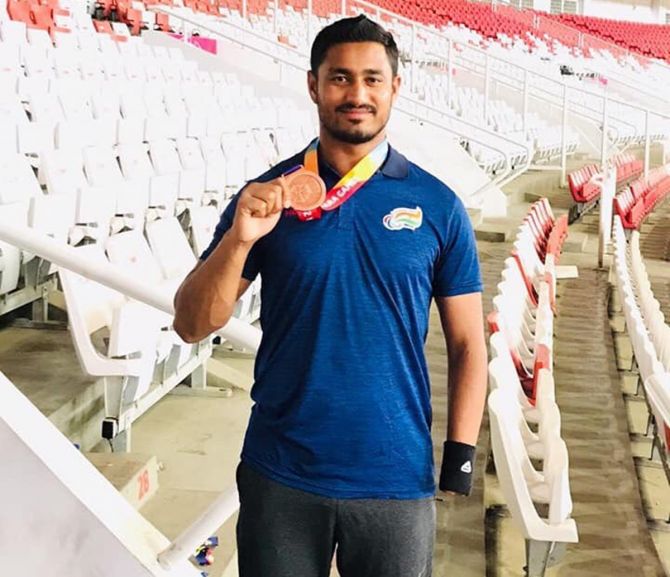 Top Indian para javelin thrower Sundar Singh Gurjar is glad that he did not have any training break despite the COVID-19 pandemic as he made the Sawai Mansingh Stadium in Jaipur his home for the past four months.

The double world champion (2017 and 2019) in javelin throw F46 has been staying at the boys' hostel inside the stadium, which has been his training ground ever since he took up para athletics in 2015.

While all trainees at the hostels (both boys and girls) returned to their homes before the nationwide lockdown was imposed in March, Gurjar chose to continue his training alone inside the walls of the stadium, which is famous for hosting international cricket.

"Since lockdown, I have been staying at the stadium. I didn't return home and haven't even stepped out of the stadium walls for the past four months. As I am training alone, my friend (Ahmet Singh Gurjar) is helping me with my diet and other things.

"I was also in touch with my coach (Mahavir Prasad Saini ji) on Video Call initially and now he is at the stadium daily to supervise me personally," Gurjar said in a Paralympic Committee of India (PCI) release.

He hails from Hindaun town, around 150km from Jaipur. 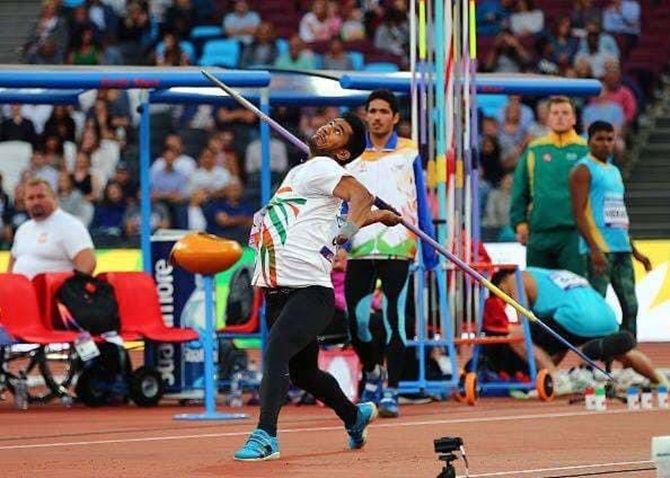 With the Tokyo Paralympic Games little more than one year away, Gurjar is happy to have continued his training without a break.

"After the Rio 2016 disappointment, my only dream has been to win a medal at Tokyo. Now that the Games are just one year away, it is an important time to continue the process.

"And I was lucky enough to have the chance to continue my training here, which will also give me an advantage than my fellow competitors," said Gurjar, who missed out on competing at the Rio 2016 Paralympics owing to disqualification for failing to register on time.

The 24-year-old secured the Tokyo Paralympics berth in men's F46 Javelin with his second World Championship title (61.22 metres) in Dubai last year. He said his focus for the past couples of months has been on his overall workout of his core strength, technique and fitness.

The F46 category athletes have a single below or above the elbow amputation.

"I am able to attain 68-70 metres throw now (during training). In the past, I also have achieved the India record with a distance of 68.42m. I am confident I can attain this mark at the Paralympic Games."