When Cristiano Ronaldo left Real Madrid in July it was the end of an era at the Santiago Bernabeu as the European champions said goodbye to their all-time top goalscorer and best player.

But although Julen Lopetegui's side failed to sign a replacement, they have started the season flying with three wins from three games.

Joint top of the table with arch-rivals Barcelona, both boasting 100 per cent records, it has been a seamless transition into the post-Ronaldo period at the Santiago Bernabeu.

Real thrashed Leganes 4-1 at home on Saturday, taking their tally to 10 goals in three games in the Spanish top flight.

Although a relatively easy start to the season has helped, Real have started playing with joy and it looks as if pressure has been lifted off the team's shoulders.

"The truth is that now Madrid are playing with 11 and not 10 plus one, like in the last nine years," wrote Spanish newspaper Marca.

"Now if a player receives a bad pass they try to encourage the team mate who made the error. Before it was different, Cristiano Ronaldo was understandably demanding, but everything is a lot friendlier now."

The team now boasts no "galacticos", with the exception of Gareth Bale. The Welshman's personality, however, means he will not be demanding in the same way Ronaldo was.

Bale is part of an equal attacking partnership with Marco Asensio and Karim Benzema which has so far been highly productive.

There was pressure to feed Ronaldo before, with the Portuguese forward quick to let team mates know if he felt they had unfairly ignored him on the pitch.

Now there is more freedom in Real's attacking line and Benzema, in particular, is flourishing.

The Frenchman is enjoying his best start to a league season with four goals in three games, while Asensio has won three penalties and Bale has netted three times.

Ronaldo, meanwhile, is yet to get off the mark in Serie A with his new team Juventus.

Captain Sergio Ramos is a natural leader and he is also shouldering his share of the responsibility to replace Ronaldo, having scored penalties in the wins over Girona and Leganes.

Although sterner tests await Real, with September featuring trips to Sevilla and Athletic Bilbao, as well as the first derby clash with Atletico, Los Blancos are putting on a unified front in Ronaldo's absence.

© Copyright 2021 Reuters Limited. All rights reserved. Republication or redistribution of Reuters content, including by framing or similar means, is expressly prohibited without the prior written consent of Reuters. Reuters shall not be liable for any errors or delays in the content, or for any actions taken in reliance thereon.
Related News: Cristiano Ronaldo, Real Madrid, Karim Benzema, Marco Asensio, Santiago Bernabeu
COMMENT
Print this article 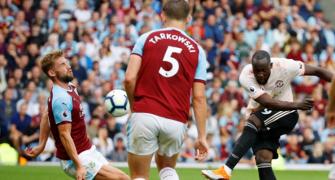 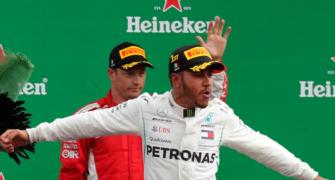 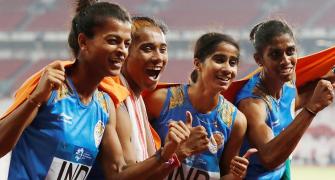 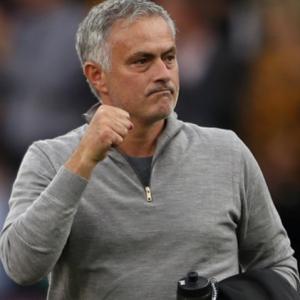 Here's why the smile is back on Mourinho's face 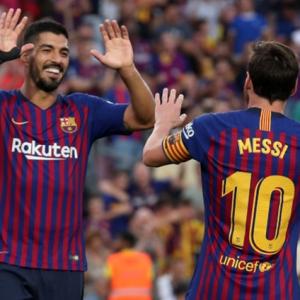 Messi and Suarez show no mercy as Barca humiliate Huesca