News
Business
Movies
Sports
Cricket
Get Ahead
Money Tips
Shopping
Sign in  |  Create a Rediffmail account
Rediff.com  » Sports » How much is a North Korean athlete worth?

North Korean athletes, a diplomatic bargain at $2,300 each 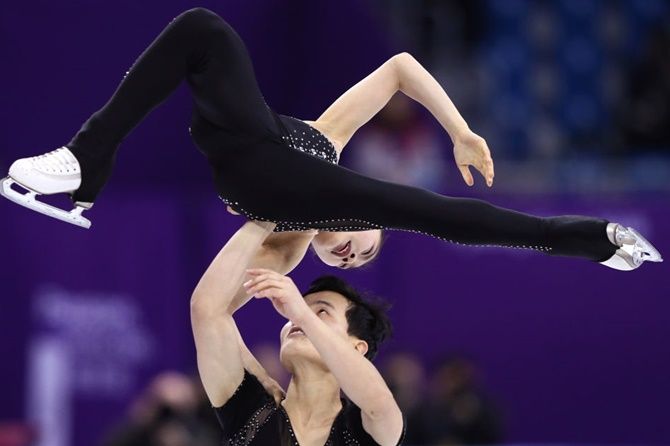 North Korean have proven to be priceless when measured in diplomatic currency at South Korea's Winter Games, but a glance at their expenses show they are a relative bargain in dollars and cents.

The International Olympic Committee (IOC) told Reuters on Thursday it had given roughly $50,000 to pay for training and preparation of North Korea's 22 Olympic athletes, or about $2,300 each.

That is a fraction of the money spent on the rest of the poor, heavily sanctioned nation's Olympic delegation, which included 229 cheerleaders and a 137-strong orchestra.

South Korea, which is footing the bill for the non-athletes, has budgeted about $2.6 million to host the 418 North Korean delegates who won't appear in competition -- almost $6,200 each.

While the athletes stay in the Olympic athletes' village at the Pyeongchang Games, most of the rest of the North Korean delegation is staying at upmarket hotels.

The cheerleaders are staying at the four-star Inje Speedium resort where rooms cost about $230-670 per night.

When the orchestra and a North Korean taekwondo performance team had performances in Seoul during the Games, they stayed at the five-star Grand Walkerhill Hotel which has previously hosted American celebrities such as Michael Jackson and Paris Hilton.

Despite the relatively small sum allocated to North Korean athletes by the IOC, from its Olympic Solidarity fund, the organisation was repeatedly criticised in the lead-up to the Games for supporting the athletes with travel, training and equipment, given tight UN sanctions against the North.

The sanctions, designed to pressure North Korea to drop its nuclear and missile weapons programmes, make it difficult to give either cash or in-kind support to the North.

In some instances, even cutting-edge sporting equipment, such as carbon-fibre ice hockey sticks, can only be given to athletes on the condition they return it before going home.

The IOC said its support for the North's athletes was made in cooperation with the international skating, skiing and ice hockey federations. The contingent included 12 ice hockey players in a combined North-South women's team.

The IOC said it had yet to receive the full reconciled accounts, which would be available after the Games, but the training bill stood at about $50,000. The sum was unlikely to increase significantly by the end of the Games.

South Korean President Moon Jae-in invited North Korean athletes, supporters and officials to the Games in an attempt to ease tensions between Pyongyang and Seoul.

The budget for Moon's top two North Korean guests -- Kim Yo Jong, the sister of North Korean leader Kim Jong Un, as well as the North's ceremonial head of state -- were not included in its $2.6 million budget for the non-athletic delegation.

South Korea also paid $25,000 for an inspection team from the North to check performance venues for their orchestra ahead of the Games. The inspection visit lasted one night and two days.

© Copyright 2022 Reuters Limited. All rights reserved. Republication or redistribution of Reuters content, including by framing or similar means, is expressly prohibited without the prior written consent of Reuters. Reuters shall not be liable for any errors or delays in the content, or for any actions taken in reliance thereon.
Related News: North, International Olympic Committee, Kim Jong Un, South Korea, North Korea
COMMENT
Print this article 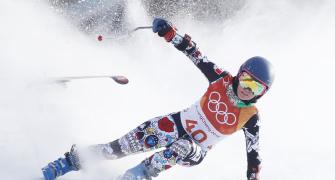 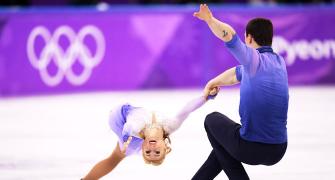 Have you met the Federer of the slopes?