IMAGE: Garbine Muguruza has yet to produce her vintage best in Melbourne but her fighting spirit was enough. Photograph: Daniel Pockett/Getty Images

Having scaled Africa's highest mountain during the offseason, former world number one Garbine Muguruza hopes to reach new heights at the Australian Open after suffering a tumble down the world rankings in 2019.

The Venezuela-born Spaniard made another determined push at Melbourne Park on Thursday, heaving herself out of a mid-match slump against Australia's Ajla Tomljanovic to reach the third round with a 6-3, 3-6, 6-3 win in the early match at Rod Laver Arena.

The bright start at the year's first Grand Slam follows a disappointing finish to a 2019 season which saw her dumped out of the first round at Wimbledon and the US Open.

The 26-year-old cut her season short, swapped her rackets for crampons and headed to Tanzania with a friend to climb 5,895 metre (19,340 feet) Mount Kilimanjaro, a five-day expedition in which she scaled cliffs, waded through icy rivers and passed bitterly cold nights.

"It was a very hard challenge, completely different to what I do," Muguruza, now ranked world number 32, told reporters at Melbourne Park.

"You're climbing that mountain and it's only you. You don't get any award, any prize, any photo, any nothing up there."

"I really like the experience to see myself in the middle of nowhere and, yeah, just having one clear thought just to keep climbing." Once one of the tour's most feared competitors and the only player to beat both Serena and Venus Williams in Grand Slam finals, Muguruza has gradually fallen off the radar.

Following her 2017 Wimbledon triumph, the second of her two major titles, Muguruza reached the semi-finals at the 2018 French Open but has not had a deep run at the Grand Slams since.

Muguruza parted ways with her long-time coach Sam Sumyk in July and finished outside the world top 20 at the end of the season for the first time since 2014.

The new year began with a touch of pessimism as the former French Open champion pulled out of the Hobart International in the leadup to Melbourne Park with a viral illness.

The lack of match practice told as she lost the opening set 6-0 in her first round clash against qualifier Shelby Rogers before steamrolling the American.

Now re-united with former mentor Conchita Martinez, the first Spanish woman to win Wimbledon, Muguruza has yet to produce her vintage best in Melbourne but her fighting spirit was enough to deal with Tomljanovic.

"Like everybody, you work hard. You put the hours (in)," she said of her joy at the hard-fought win.

"Nothing is guaranteed, so you really appreciate the moment."

© Copyright 2022 Reuters Limited. All rights reserved. Republication or redistribution of Reuters content, including by framing or similar means, is expressly prohibited without the prior written consent of Reuters. Reuters shall not be liable for any errors or delays in the content, or for any actions taken in reliance thereon.
Related News: Garbine Muguruza, Melbourne Park, Ajla Tomljanovic, IMAGE, Kilimanjaro
COMMENT
Print this article 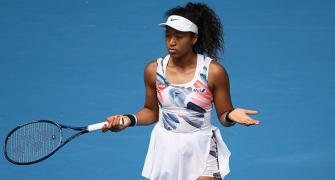 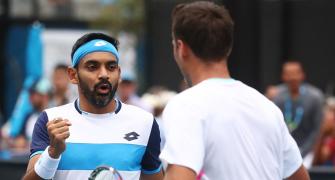 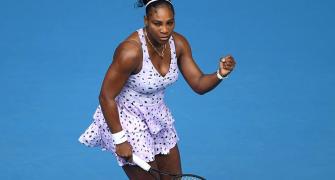 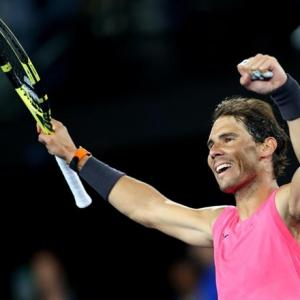