All India Football Federation president Praful Patel on Friday conceded there were "certain issues" between AIFF and Bob Houghton but asserted that the Englishman remains the national coach and will guide the team in next year's Asian Cup in Doha.

Addressing a press conference after AIFF Executive Committee meeting, Patel termed reports of Houghton's resignation as media speculation and said the coach would be in charge in the Asian Cup, scheduled in January next year.

"I myself spoke to Houghton a few days back and reports that he has resigned are completely baseless. He has certain issues (with the AIFF) as expressed by his agent. But that does not mean that he is no longer coach. He continues to be India coach and he will be there in the Asian Cup," Patel said.

"The Executive Committee has authorised me to take appropriate steps (in the Houghton issue)," he added.

On learning that the AIFF has started looking for a new coach after India's Asian Cup campaign in January next year, a miffed Houghton, whose current tenure ends at the end of Asian Cup, has threatened to resign if his contract is not renewed till 2013.

Houghton is understood to have given a three-month notice starting from April 30 though he is open to stay back if the AIFF agrees to his terms, which reportedly includes a $10,000 per month hike.

Patel stonewalled all queries on whether the AIFF would renew Houghton's contract after current terms expires in January next year.

Top AIFF sources said though no decision was taken on renewal of Houghton's tenure post January 2011, there is no alternative other than giving the Englishman a new contract but the only question was whether the federation would agree to his demand for a hike of $10,000 per month in his salary.

"No decision was taken on Houghton's renewal of contract, nor on the terms and conditions. AIFF President himself will discuss the matter with Houghton and sort out the issue," a top source informed.

In another important decision, the AIFF decided to give contracts starting from next month to 30 players chosen for the Asian Cup preparations with a hike of 15 per cent from what had been getting by them in the 2009-10 season.

"We have decided to give contracts to 30 probables for the Asian Cup. They will be given salary on pro-rata basis with 15 per cent hike from their existing contract amount for the eight months from June to January next year," the AIFF chief said.

"In case of some players not getting accordingly (under their current contract), the AIFF will look into it but that will be on case by case basis," he said.

The Executive Committee also decided to include under-19 national side as one of the I-League teams from the next season starting in September and AIFF would give them contracts besides also appointing a foreign coach for them.

"An Under-19 team will be selected and they will play in the I-League from next season onwards. They will be given contract by the AIFF in a view to make it a team for the future say by 2014. The team will be based in Delhi and will have an international coach. We will start looking out for the coach," Patel, also the Civil Aviation Minister, said.

Asked about Mahindra United withdrawing from the I-League from next season, Patel said, "It was unfortunate that Mahindra decided to withdraw. We could not have done anything in this regard. They had given official communication yesterday."

Patel said I-League would be reformatting from next season with a few corporate houses likely to field their teams though he did not commit on whether the top-flight league will have 16 sides or not.

Asked about the long-delayed appointment of a new AIFF general secretary, Patel said, "Alberto Colaco (incumbent) will be there till January 2011 and we have asked a headhunter firm to give us a list of candidates. After that we will shortlist and call for interview."

He also announced that Santosh Trophy will be shifted from Goa to Kolkata and will be held in July. 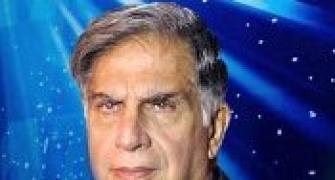 I have no role in the IPL: Praful Patel 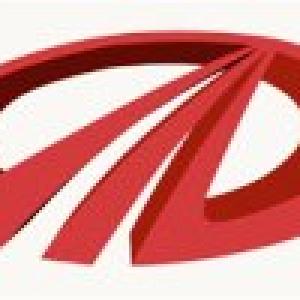 Mahindra to take over Logan JV, Renault to exit