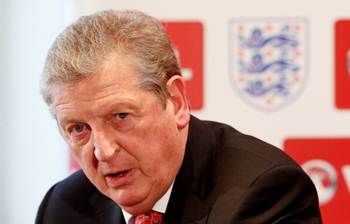 Roy Hodgson has given himself the option to give England a youthful, fresh edge at the World Cup after including Ross Barkley, Raheem Sterling, Alex Oxlade-Chamberlain, Luke Shaw and Adam Lallana in his provisional squad on Monday.

There were no real surprises as the irresistible late-season form of Everton's attacking midfielder Barkley and Liverpool wide man Sterling made their inclusion an easy choice for Hodgson despite having only five caps between them.

Oxlade-Chamberlain and Arsenal team mate Jack Wilshere got the nod despite ending the season with injuries, while Shaw was chosen ahead of 107-cap Ashley Cole as left-back back-up for Leighton Baines. Southampton provide three players in Shaw, midfielder Lallana and striker Rickie Lambert - who share only eight caps.

Lambert and Manchester United's goal-shy Danny Welbeck were included as back-ups for the probable first-choice strike partnership of Wayne Rooney and Daniel Sturridge, with Andy Carroll named among the seven players on stand-by.

Everton centre back John Stones and Liverpool fullback Jon Flanagan, both uncapped, were also named as stand-bys, as was Jermain Defoe. Hodgson will have to name his final 23-man squad by June 2.

Hodgson, not known as a risk taker, can also draw on the immense experience of Steven Gerrard, Frank Lampard, James Milner and goalkeeper Joe Hart for a tough assignment in Brazil where England face Italy, Uruguay and Costa Rica in Group D.

"I think the balance is quite good," Hodgson told a news conference.

"I think they (the younger players) have imposed themselves and imposed their ability in my thinking. If I picked my squad in October after the last two World Cup qualifiers, then it might have looked different.

"I'm not sure Raheem Sterling was getting the game time or making the impact he has had in recent months.

"You can't ignore what people are doing week to week in their club sides.

"But I think it would be wrong to focus on those who are young and inexperienced. You can't get that experience until you play.

"Frank is a very important part of our set-up still," added Hodgson of the midfielder who will turn 36 during the tournament.

"In midfield you have many more positions to choose from - it's not a straight choice between two players. Frank has been captain on many occasions, he still plays a very important role in his club side and we think his leadership qualities and his ability as a player means he fully justifies his position."

"If it's anything to do with desire and ambition then we've got nothing to fear.

"I've told the players to go away for a week and get mentally prepared. Wayne has decided to take a physio with him because he is so determined to come back firing on all cylinders.

"His attitude - spot on, desire - couldn't be better, ability - yes he has. Now it is all about bringing that to the match on the day. But it would be wrong to put the hopes of a nation on the shoulders of one man."

The squad will travel to Portugal next week to begin their World Cup preparations, before facing Peru at Wembley on May 30. They then play Ecuador and Honduras in Miami before moving on to Brazil.

Image: England manager Roy Hodgson talks to the media during his England World Cup squad announcement on in Luton, England, on Monday.

© Copyright 2020 Reuters Limited. All rights reserved. Republication or redistribution of Reuters content, including by framing or similar means, is expressly prohibited without the prior written consent of Reuters. Reuters shall not be liable for any errors or delays in the content, or for any actions taken in reliance thereon.
Related News: Roy Hodgson, Raheem Sterling, Luke Shaw, Wayne Rooney, Ross Barkley
SHARE THIS STORYCOMMENT
Print this article 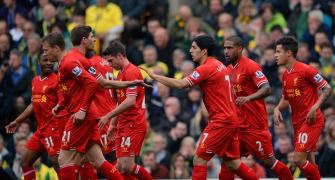 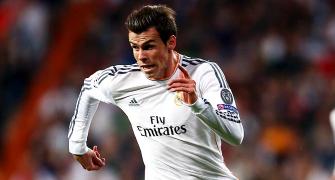 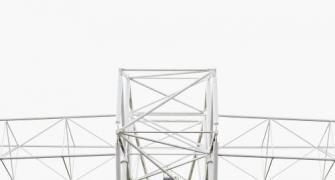 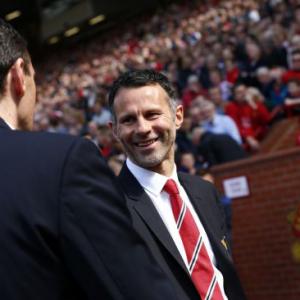 United role has prepared Giggs for life after retirement EPL PHOTOS: Chelsea's slim hopes of title all but over