Pakistan Prime Minister Yousuf Raza Gilani has barred Sports Minister Aijaz Hussain Jakhrani from attending the opening ceremony of the hockey World Cup in Delhi, according to a media report in Islamabad, on Saturday.

Jakhrani was scheduled to visit India to attend the opening ceremony of the World Cup and also watch the match between India and Pakistan at the Major Dhyan Chand National Stadium on Sunday.

Gilani, however, stopped the minister from travelling to India due to "prevailing tension" between the two countries and lack of substantive outcome in the Foreign Secretary-level talks on February 25, official sources were quoted as saying by Dawn news channel.

The Prime Minister had also returned a proposal from the Sports Ministry seeking clearance for Jakhrani to travel to India, the sources said.

There is, however, no official word on the development. 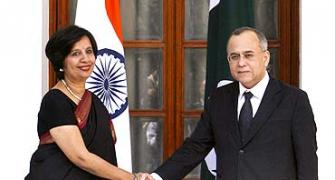 India hands over 3 dossiers with 34 names to Pak 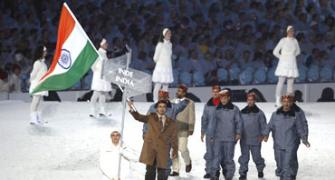 N-deal with India a game changer: US