India's shaky defence conceded a goal 15 seconds from the hooter to go down 2-3 against Belgium in their opening game of hockey World Cup at the Kyocera Stadium on Saturday.

The Indian defenders allowed space inside the circle to the Belgians, who were frustrated and under pressure after being tied 2-2 going into the final minute of play.

The last-gasp attempt by Belgium saw the ball being switched around to leave the Indians confused and John-John Dohmen managed to push ball over the goal-line in a scrimmage.

The last-minute goal undid India’s good show in the second session when they rallied from a one-goal deficit to lead 2-1 to the surprise of the crowd comprising overwhelmingly of Belgium supporters.

Belgium equalised on a set-piece penalty corner conversion Simon Gougnard in the 56th minute and India created a openings at the other end before Dohmen got the final-minute winner.

Belgium dominated the game from the beginning, pushing Indian players to fall back into their half to strengthen the defense. 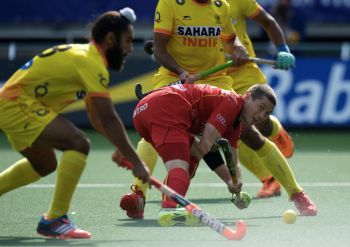 The Indian defence did well to deny the rival strikers many shots at the goal. P.R. Sreejesh played an outstanding game under the bar and blocked two goalwards shots before being beaten by a deflection just one minute before half-time.

Arthur van Doren’s diagonal ball into the circle was deflected by van Aubel into the right corner of the Indian goal past the outstretched arm of the custodian.

The Indian team felt the ball had gone off van Doren’s foot and sought a video review, but the goal was upheld after being reviewed twice and Belgium went into the second half was a 1-0 lead.

The Indians failed to mount many raids as they seemed to effortlessly give the ball away after defending stoutly, which enabled the Belgians to keep mounting regular attacks.

But on one occasion, India could have spelt trouble for the rivals when Sreejesh palmed away a penalty corner shot and skipper Sardar Singh relayed a long ball on the right flank to unmarked Akashdeep, who failed to trap the ball and let away the best chance to assert pressure in the first session.

India were back on level terms 10 minutes into the second session on a move Gurbaz Singh where Dharamvir Singh squared the ball to Mandeep to shoot in.

Against the run of play, India went into the lead in the 50th minute when V.S. Raghunath sent a diagonal ball from left into the circle and Akahsdeep’s deflection soared into the net past the bewildered goalkeeper.

Belgium were rattled by this reverse, but continued to assert pressure and got the equaliser on a set-piece attempt in what was the only conversion from six penalty corners.

India’s lone penalty corner came in the 66th minute, but Rupinder Pal Singh sent the drag-flick wide over the cross-bar.

Earlier, Glenn Turner scored two goals as defending champions Australia outplayed Malaysia 4-0 to get off a resounding start in the 2014 Hockey World Cup at the Kyocera Stadium on Saturday.

Turner beat his marker deftly to break the Malaysian resistance and deadlock in the 26th minute with a fine shot to the right of goalkeeper Kumar Subramaniam.

The Malaysian defence held its ground against rapid Australian raids and even created a couple of dangerous moves into the rival circle, but gave it all away midway through the second session when three goals in the space of four minutes sealed the world champions' supremacy.

Eddie Ockenden increased the lead in the 50th minute with a reverse drive, Jamie Dwyer dribbled past a couple of defenders to flick in two minutes later before Turner scored his second goal with a firm penalty corner shot.

Two-time champions Australia are seeking to win their third title as a farewell present to their coach Ric Charlesworth, for whom this will be his last World Cup.

Charlesworth, who has the distinction of having won the World Cup as captain (1986) and coach (2010), will retire as coach after the Commonwealth Games in Glasgow this year. 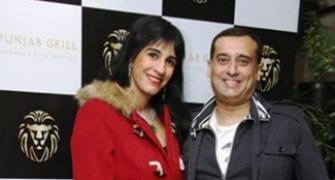 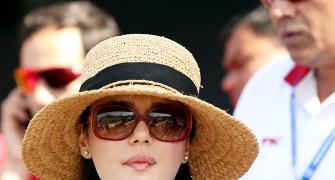 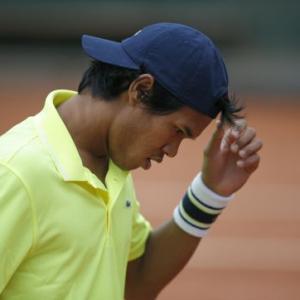