Madhya Pradesh Chief Minister Shivraj Singh Chauhan has stirred up a storm, claiming that the Bharat Ratna, the highest civilian award in the field of sports, should go to hockey wizard Major Dhyan Chand, and not to Indian batting legend Sachin Tendulkar.

"Major Dhyan Chand was one of the greatest sportsman ever produced by India. The wizard of Indian hockey, he had done yeoman service to the country in the field of hockey and helped India attain glory that is unparalleled," Chauhan said.

The entire unit of BJP from Madhya Pradesh has thrown their weight behind him.

Former India international Ashok Kumar, son of Dhyan Chand, supported the move, adding that Tendulkar is still around and could be honoured next year.

Senior officials of the Indian Olympic Association, however, refused to comment on the controversy.

"What were the supporters of Major Dhyan Chand doing for the last 60-odd years? Couldn't' they have asked for the Bharat Ratna award for the hockey wizard earlier?" asked a top official of IOA who did not wish to be named.

Ajay Maken, Minister for Sports and Youth Affairs, wrote in April this year to Home Minister P Chidambaram to include sports in the category of highest civilian award to be granted to a citizen keeping in mind the unprecedented services of Sachin Tendulkar in cricket.

Only last week, Chidambaram had written to Prime Minister Dr Manmohan Singh to include the sports in the list. A formal decision is yet to be announced by the prime minister's office.

Former India cricket captain Kapil Dev said he would be happy if Tendulkar gets the award.

Flying Sikh Milkha Singh, too, shared his views on the new development.

"While I am not against Sachin Tendulkar getting the Bharat Ratna, I feel the distinction should go to an Olmpic sport, where over 200 nations take part in the competition. Cricket is not played in more than 20 countries. The game is not even known in Russia, USA, Germany and majority of the nations.

"While Dhyan Chand played for undivided India and scored many goals, I won 77 international events out of 80 that I took part in. Besides, I was the first one to raise my voice for the Bharat Ratna to be given to a sportsperson," he said. 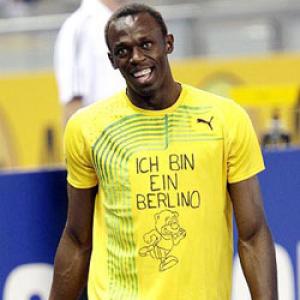