Out-of-favour India hockey goalkeeper Adrian D'Souza has tested positive for a banned substance in a random test conducted by the National Anti-Doping Agency (NADA) during the inaugural World Series Hockey which aconcluded early this month.

According to reliable sources, Adrian's 'A' sample, collected on March 21, contained "higher concentration of tetrahydrocannabinol (THC), a metabolite of marijuana".

Adrian was found to have violated Article 2.1 of the NADA and WADA Anti-Doping Code and now can ask for a 'B' sample test within seven days time from the date of receipt of the order in this case by April 18.

Although no provisional suspension has been imposed on him, Adrian could face a possible sanction from the game if his 'B' sample test is also found to be positive.

Adrian had played for Mumbai Marines in the World Series Hockey which was held across the country from February 29 to April 2. 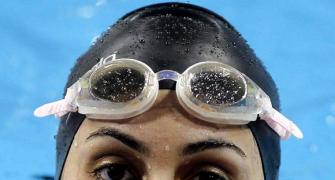