Drag-flicker Rupinder Pal Singh and striker Dharanvir Singh got US $68,000 and US $60,000 respectively 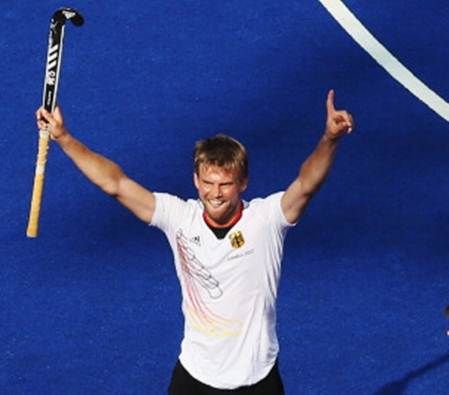 India captain Sardar Singh fetched a poor return of US $58,000 while Germany's Moritz Fuerste drew the highest ever bid in the history of the Hockey India League auction, bought by Kalinga Lancers for a whopping US $105,000 (Rs 69,46, 289), in Delhi, on Thursday.

Young India forward Akashdeep Singh was the top Indian pick, purchased by Uttar Pradesh Wizards for a whopping US $84,000 (Rs 55,56,247), while veteran drag-flicker Sandeep Singh and Gurmail Singh were the next best Indian earners.

In fact, Gurmail's price was a complete surprise as the defender attracted such a huge sum as against his base price of US $12,000.

Indian drag flicker Rupinder Pal Singh and striker Dharanvir Singh were more in demand than Sardar, bagging US $68,000 and US $60,000 respectively from Delhi Waveriders and Kalinga Lancers against their base prices of US $20,000 each.

After a rather slow start to the auction that saw only two players -- Vikramjeet Singh (US $4,500 Ranchi Rays) and Australian Kieron Govers (US $36,000 Dabang Mumbai)-- from Lot One being picked, Sardar's name -- the first in Lot Two -- created a buzz among the franchises. Uttar Pradesh Wizards and Punjab Warriors went head-to-head for the 29-year-old star midfielder.

With a base price of US $20,000, he was eventually bought by Warriors for only US $58,000. It turned out to be much less than the amount he garnered in the inaugural edition, when he was sold for US $78,000 to Delhi Waveriders in 2012. The franchise released him this year.

The highlight of the second lot was 23-year-old FIH ‘Young Player of the Year’ Fuchs, regarded as one of the sport's most lethal strikers. He was on the radar of every franchise and quickly went past Sardar's price, with UP Wizards, Mumbai and the Lancers bidding vigorously for the young German.

But it was Fuchs's Germany team-mate Fuerste, an Olympic gold medallist, who bagged the highest price, purchased for US $1,05,00 against his base price of US $30,000.

Initially, it was a three-way fight between Delhi Waveriders, UP Wizards and Dabang Mumbai for his services, but, in the end, Lancers pulled off a late heist with their record bid.

Another German player, Hauke, was also high in demand as Wizards, Waveriders and Mumbai bid vigorously for him. Ultimately, the Wizards availed his services by shelling out US $96,000 against his base price of US $25,000.

Australian midfielder Matthew Swann also got a good price, sold to Dabang Mumbai for US $75,000 against his base price of US $20,000.

It was the turn of goalkeepers in the sixth, seventh, eighth and ninth lots of the auction and Dutchman Nicolas Jacobi and Devon Manchester of New Zealand fetched the highest price of US $27,000 each against their base prices of US $20,000 and US $15,000, respectively.

While Jacobi was bought by Jaypee Punjab Warriors, Manchester went to the Waveriders.

The Waveriders also picked Harjot Singh as the second goalkeeper for his base price of US $20,000.

In the 10th and last lot before the lunch break, young Indian striker Mandeep Singh fetched US $70,000 from Waveriders in a two-race with Ranchi Rays. His base price was US $20,000.

When Kalinga Lancers mentor Dilip Tirkey was asked about their decision to shell out such a record price for Fuerste, he said it was a planned move.

On why they did not bid for Sardar, Tirkey said: "Sardar is the best player of the Indian team but we couldn't fit him in our team."

Dabang Mumbai mentor Viren Rasquinha said it was logical that most of the teams went for German and Australian players because they are world-class.

All the franchises were required to select 20-member squads (12 Indian and eight foreigners) out of a total purse of US $725,000 for the next two years of the league.

The players who remained unsold will go into the reserve pool from where the franchises can handpick their choice to complete the squad.