With an eye on the future, Hockey India's selectors made as many as seven changes from the squad that finished a disappointing 12th and last at the London Olympics.

Mid-fielder Gurbaj Singh and striker Sarvanjit Singh, who all played in the Olympics, were also dropped from the Australia-bound team.

The squad also does not include goalkeeper Bharat Chetri, who led India in the London Games and senior striker Tushar Khandker. Both Chetri and Khandker were omitted from the pruned 33-member probables list last month.

Promising striker Yuvraj Walmiki, who was left out of the Olympics squad due to a hamstring injury, returned along with defender Rupinderpal Singh.

Nithin Thimmaiah and Akashdeep Singh are the new inclusions in the forward line, and P R Sreejesh and P T Rao the two goalkeepers in the squad.

Ace mid-fielder Sardar Singh will lead the team in both the tournaments in Australia, while defender VR Raghunath will be his deputy.

According to sources, all the selectors and coaches were unanimous in their decision of giving youngsters a chance in the wake of India's disastrous Olympics outing.

"There are no injury scares. The team has been picked completely on the basis of form, fitness and keeping in mind the future of Indian hockey," a Hockey India selector said.

"All those present in the selection meeting were of the opinion that it is time for non-performers to clear the way for youngsters," he added.

India will take part in the Lanco International Super Series, at Perth, from November 22 to 25, which will also feature England, Australia and Pakistan.

India open their campaign against England on November 22, followed by matches against Australia (November 23) and Pakistan (November 24.

The Lanco International Super Series will be followed by the FIH Champions Trophy at the State Netball Hockey Centre in Melbourne from December 1 to 9.

India are placed in Pool 'A' alongside England, Germany and New Zealand, while hosts Australia, Belgium, the Netherlands and Pakistan are in Pool B.

India open their campaign in the Champions Trophy against England on December 1 followed by matches against New Zealand (December 2) and Germany (December 4) respectively. 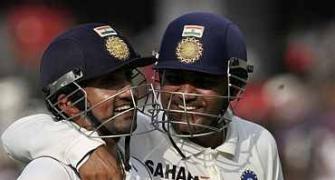 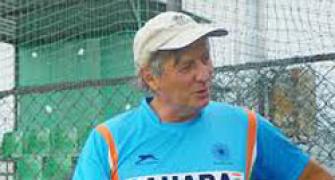 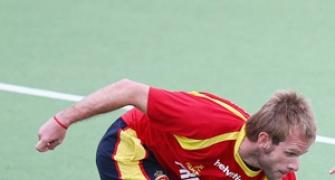