The high-voltage summit clash was marred by the Pakistan coach constantly abusing the Indian players from the roof of the stadium. Whenever there was an infringement from the Indian side, he used the 'F' word liberally. And whenever the umpires blew against India, he hollered 'thank you'.

Rajpal Singh, Danish Mujtaba, Yuvraj Walmiki and Sarvanjit Singh scored for India in the penalty shoot-out while Muhammad Rizwan and Waseem Ahmed were on target for Pakistan, after both sides were locked goalless at the end of normal and extra-time.

Sreejesh then came to the fore, bringing off a save off Haseem Abdul Khan. It was then Mujtaba's turn and he neatly sent the ball past Shah to give India a 1-0 lead.

Pakistan equalised when Rizwan scored, but India captain Rajpal slotted the ball home to make it 2-1. Then came the crucial save by Sreejesh, as he stopped Shafqat Rasool's push, taking it on the pads.

Yuvraj made it 3-1 and Pakistan veteran Waseem reduced the deficit to 3-2.

Sarvanjit then converted to seal victory for India.

India's coach Michael Nobbs was almost in tears and said, "This is a great win. Both teams played well and had enough chances. But it is fantastic to see a young Indian side win such a prestigious tournament."

Earlier, during the match, both India and Pakistan had ample opportunities to settle the issue in regulation time. Pakistan earned seven penalty-corners to India's one, but they failed to beat the Indian defence and the goalkeeper Sreejesh.

Asian Games champions Pakistan were initially more attacking, pushing the Indian defence back. Shakeel Abassi made some fine runs into the Indian striking circle but V Raghunath stood out with his tackling and clearances.

The Indian forwards had a couple of counter-attacks which the Pakistan defence did well to clear. It was a tense match with a few skirmishes between the players. SV Sunil was the first to be shown the green card for a rough tackle.

Pakistan had their first penalty-corner in the 14th minute but Sreejesh charged out and saved it.

India lost the ball often in midfield. The players were hasty and failed to keep the ball to ensure the passes went right.

In the 29th minute, India forced their first penalty-corner but Ignace Tirkey failed to trap properly.

Pakistan had a bunch of penalty-corners in the second half and they were to blame themselves for letting the match drift to the shoot-out.    With 14 minutes of regulation time left, India had a golden chance with Mujtaba having only the Pakistan goalkeeper in front but shot wide.

India could have clinched the issue in the 65th minute but Yuvraj shot out from a handshaking distance.

After a tense struggle in 15 minutes of extra-time, it finally came down to the shootout in which Sreejesh carried his good form and ensured India return champions. 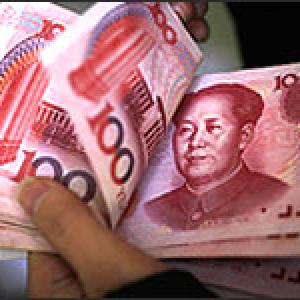 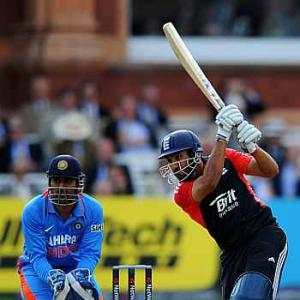