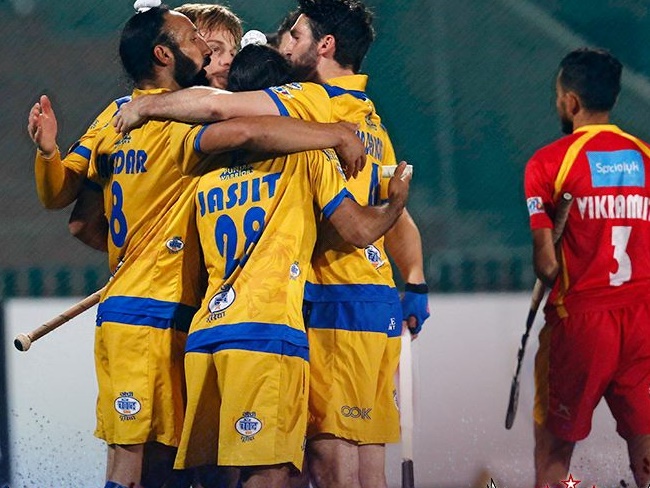 Defending champions Jaypee Punjab Warriors eked out a close 1-0 win over Ranchi Rays to register the maiden victory at home in the fifth edition of the Hockey India league, in Chandigarh, on Thursday.

Home team's goalkeeper Tristan Clemons produced a rock solid performance in front of the post to defend the narrow lead.

Both teams were evenly poised in the first quarter, however, with just two minutes to go for the first break, Manpreet Singh came close to giving two-time champions Ranchi Rays the lead when he picked up a pass rather perfectly from Gurbaj Singh, tackled into the circle beating two defenders but his powerful strike unfortunately rebounded off the cross-bar.

Rachi Rays continued to put pressure on Punjab Warriors' defence in the second quarter too by earning the first penalty corner of the match. But German drag-flicker Christopher Ruhr was off the mark as he sent the ball far and wide.

Van der Weerden, who has been in top form especially with converting set pieces, gave the home crowd a reason to celebrate when he fiercely flicked the ball past Ranchi Rays keeper. This was the Dutchman's fourth successful penalty corner attempt this season.

The Punjab Warriors ended the first half with a 1-0 lead.

The final quarter was tense with Ranchi Rays deciding to take risks, making desperate attempts to fetch that elusive goal. 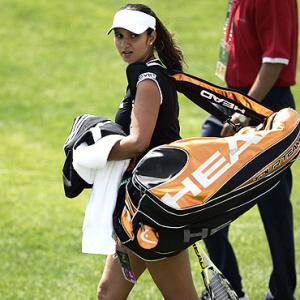