Talwinder Singh struck a field goal in the dying moments of the game to lead Delhi Wave Riders to a thrilling come-from-behind 4-3 victory over Dabang Mumbai in a Hockey India League contest, in Mumbai, on Friday.

The visitors were trailing 2-3 with three minutes left in the fourth quarter of the game when Talwinder came up his decisive strike to seal Delhi's third win in four games.

Mumbai, which led 2-1 at half-time, suffered their third straight defeat and first at home.

For Delhi, drag-flick expert Rupinder Pal Singh scored the first two goals off penalty corners after Mumbai had stunned them with a superb field effort by top German forward Florian Fuchs early in the first quarter.

Harmanpreet Singh converted a penalty stroke to give Mumbai a 3-2 advantage before Talwinder dashed their hopes. The home team started the proceedings on a speedy note to rip apart the Delhi defence.

But their forwards were off target with Danish Mujtaba shooting straight into the goal-keeper’s pads in the fourth minute, while Manpreet Singh was guilty of spurning gilt-edged chances on two occasions.

In between, it was Delhi who took the lead courtesy their first penalty corner when Rupinder beat David Harte under the Mumbai bar with a precision shot.

The joy was short-lived as Mumbai went 2-1 in front by scoring a field goal, which is counted as two under the rules of the tournament, in the 12th minute of the opening quarter.

Top German striker Fuchs, left totally free on top of the ‘D’, sounded the board with a shot that beat Delhi custodian Devon Manchester all ends up.

However, a sustained spell of pressure by Delhi in the third quarter brought them five penalty corners in close succession and off the third, Rupinder found the mark to level the score.

With scores level at 2-2 at the beginning of the fourth quarter in the close contest, it was Mumbai which again surged in front by forcing a penalty corner, their seventh, which led to a penalty stroke.

For a change, the penalty corner was taken by Australian Jeremey Hayward and his goal-bound drag flick hit a defender on the leg and the penalty stroke award was converted by Harmanpreet to give Mumbai a 3-2 lead.

However, Mumbai’s defense was caught napping by a speedy counter attack on the right flank and a pass from the right byline was pushed in for a timely field effort from closed range by Talwinder Singh to help his side leap-frog to a 4-3 lead.

Mumbai, clinging to the bottom of the table, take on Kalinga Lancers in their fourth game on January 31 while Delhi take on Uttar Pradesh Wizards at home on February 1. 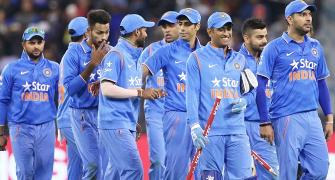 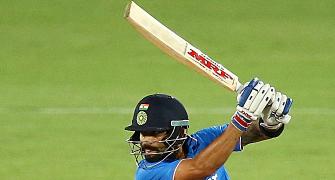 'Kohli can bat at night without lights' 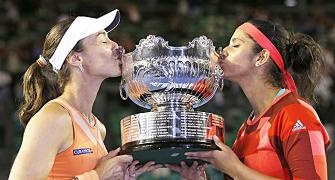 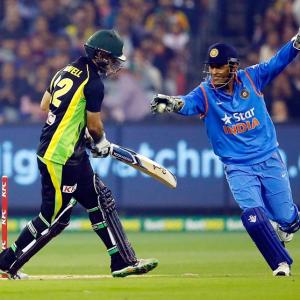 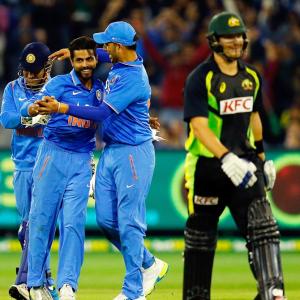