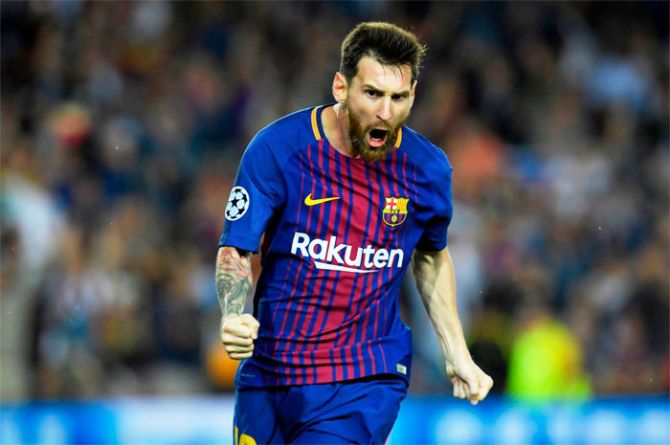 Up until last night, Barcelona’s talisman Lionel Messi had failed to net a goal past Juventus’ veteran keeper Gianluigi Buffon.

They played three matches against each other and not once could the Argentine breach the defence of the Italian custodian.

But change is the only constant in life and Gigi Buffon found that out in a rather telling manner on Tuesday night.

Messi ended his hoodoo against Juve keeper Gianluigi Buffon with lethal strikes either side of halftime, scoring for the seventh time in three games.

He also had a shot cleared off the line which was turned in by Ivan Rakitic for the second goal and hammered the post in the second half. He was a constant threat and at times freely danced past the visiting defence, torturing a helpless Juve rearguard.

With this result they also avenged last season’s quarter-final elimination by the Italian champions.

Messi now has 95 goals in the UEFA Champions League. 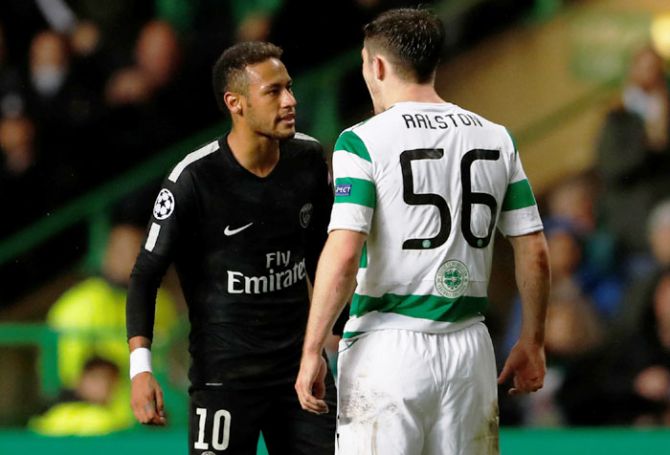 Europe's costliest footballer Neymar was at his worst behaviour on his European debut for Paris Saint Germain against Celtic on Tuesday night.

He did play fantastic football but his skills with the ball were out-rivalled by his show of unruly behaviour, during and after the match.

Neymar, making his first European appearance for PSG after his world-record move from Barcelona, orchestrated proceedings and he was looking in good touch, he scored his fifth goal in five matches for the Parisians and set one up for teammate Mbappe.

But his behaviour took some sheen off his performance.

Late in the match, in the 76th minute precisely, Neymar was booked for diving. Celtic’s Tony Ralston laughed at the Brazilian for getting the yellow. Neymar lost his cool and stared hard at Ralston showing three fingers at him, implying the goal advantage they had over the Scots.

Neymar continued his little ‘quarrel’ against Ralston, refusing to shake hands with the player after the match, an act that had Twitter up in arms, demanding UEFA to act against the Brazilian for his unsportsmanlike behaviour. IMAGE: AS Roma's Radja Nainggolan congratulates 'keeper Alisson Becker as he walks off the pitch alongside Atletico Madrid's Filipe Luis at the end of the UEFA Champions League match at Stadio Olimpico, Rome, on Tuesday. Photograph: Alberto Lingria/Reuters

Italian club AS Roma were saved by the skin of their teeth or simply put some fine saves under the bar by ‘keeper Alisson.

Alisson, who spent most of last season on the bench, showed just why he should have more playing time.

Roma managed to eke out a 0-0 draw against Atletico and it was all thanks to the towering Brazilian.

In the first half he managed to save a shot on goal from Atletico’s Antoine Griezmann but he owned the second half with a string of saves.

The 24-year-old tipped Luciano Vietto's shot on to the bar after the Atletico forward broke through the Roma rearguard and then saved Niguez's side-footed effort from the edge of the area.

The Brazilian then made a splendid one-handed save from Angel Correa and turned Yannick Carrasco's long-range effort over the bar before saving the best for last.

Niguez rose to meet a corner with a powerful downward header which looked goalbound until Alisson stuck out his hand to block it on the ground and, although Niguez was first to the rebound, he fired over from point-blank range.

The Serie A side have not won a Champions League match since they beat Bayer Leverkusen in November 2015 and have managed only one win in their last 16 games in the competition. 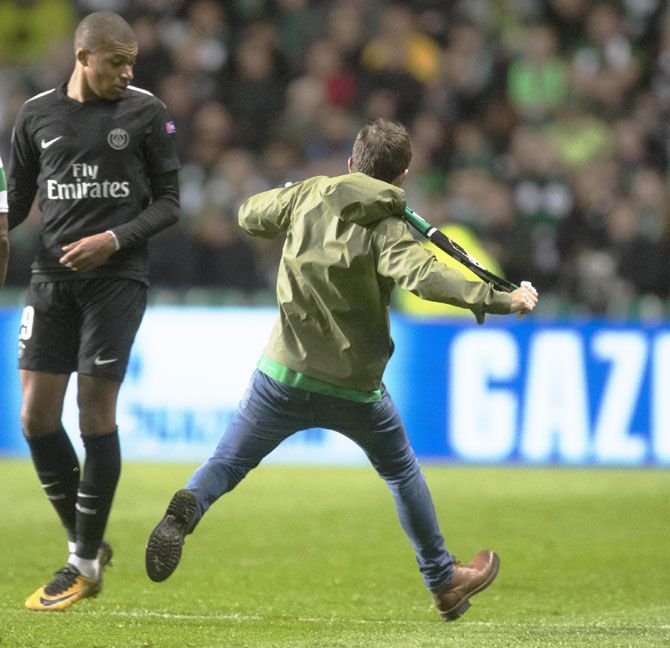 IMAGE: A Celtic fan runs on to the pitch and aims a kick at Paris Saint Germain's Kylian Mbappe during the UEFA Champions League match at Celtic Park Stadium in Glasgow, on Tuesday. Photograph: Steve Welsh/Getty Images

Celtic could face punishment from UEFA after a fan ran on to the pitch and appeared to aim a kick at Paris St Germain's Kylian Mbappe during the first half of their 5-0 home defeat in the Champions League on Tuesday.

The fan ran towards Mbappe shortly after PSG's third goal before being caught by stewards and taken off.

Celtic manager Brendan Rodgers expressed his disappointment, although he praised the reaction of most of the sell-out crowd who loudly booed the invader.

The incident spurred UEFA to open disciplinary proceedings against Celtic and PSG have also been charged by UEFA for acts of damage after seats were broken at Celtic Park in the group stage match. Both cases will be dealt with by the UEFA Control, Ethics and Disciplinary Body on October 19.

Celtic have been fined 11 times in less than six years over fan behaviour issues, including a 20,000 pounds ($26,500) fine in July over an illicit banner in the crowd against Irish club Linfield in a Champions League qualifying match.

Chelsea back at their best in Europe 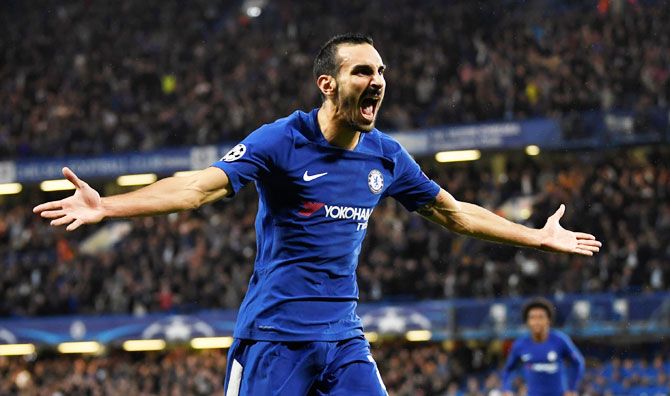 So what if it came against a club from Azerbaijan, Chelsea ran riot in the second half against the Group C underdogs Quarabag.

With this win they and equalled their best showing in the Champions League -- a 6-0 win against Maribor three years ago.

More importantly, it was a night to remember for Davide Zappacosta who scored on his Champions League debut. He pumped in the team's 2nd goal of the night.

What better way to get yourself noticed. Well done, Zappa! 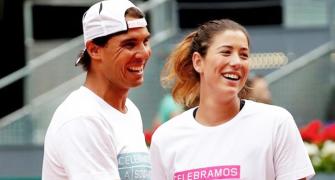 Nadal and Muguruza have more than just nationality in common 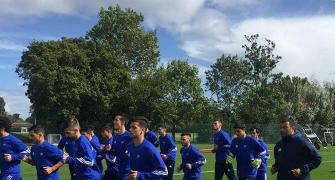 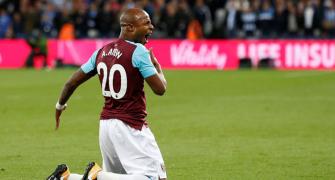 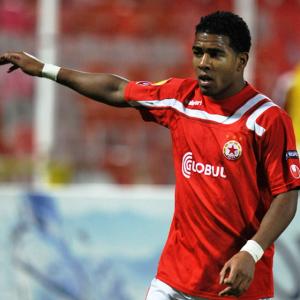