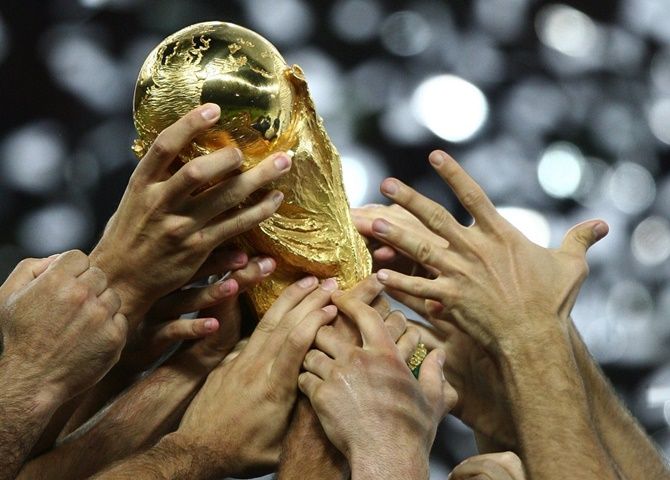 The favourites to win next year's World Cup in Russia were given navigable paths to the last 16 with the coaches of Germany, Brazil, Argentina and Spain having reason to feel reasonably optimistic after Friday's draw.

Even hosts Russia, the lowest-ranked of the 32 nations taking part, breathed a sigh of relief after learning they will open the 21st edition of the tournament against Saudi Arabia before tackling Egypt and Uruguay in Group A.

Holders Germany will open their bid for a fifth title against dark horses Mexico, with Sweden, conquerors of Italy in last month's playoffs, and South Korea also in Group F.

Lionel Messi's Argentina, beaten by Germany in the last World Cup final and still awaiting their first title since 1986, will face Croatia and Nigeria as well as Iceland.

While there was no obvious 'Group of Death' France were handed some tricky fixtures with 10th-ranked Peru, back after a 36-year absence, Denmark and Australia in Group C.

The standout group match will be European champions Portugal against 2010 world champions Spain, although with Morocco and Iran also in Group B they both should progress.

England, who have made next to no impression at the last two World Cups, will face fifth-ranked Belgium in Group G after they have played Tunisia and first-time qualifiers Panama.

Diego Maradona, whose infamous 'Hand of God' goal for Argentina helped eliminate England in 1986, the last time the south American side won the trophy, drew England's ball out of the bowl in a draw ceremony featuring several former greats.

"He's good with his hands," quipped draw host Gary Lineker, who played in that match in Mexico.

Seven years after Russia won the vote to host the tournament for the first time, coaches and officials from the qualifiers, assembled in the State Kremlin Palace to learn their fate in a lavish draw attended by President Vladimir Putin.

"The most coveted trophy will be won by the team showing the most resilience," Putin said shortly before Russia manager Stanislav Cherchesov learned who his side would face.

"I wish success to all the teams and I call upon all loyal fans to come to Russia and enjoy the finals of 2018."

Cherchesov's 65th-ranked team will hope to put a smile on the face of Russian sport blighted by doping scandals.

"I cannot say if I am happy or not after the draw," he said. "The group is what it is. Uruguay have (Edinson) Cavani and (Luis) Suarez but these are just names. The pitch shows it all." Germany, who qualified with a 100 per cent record, will be the team to beat, although they face some lengthy trips with matches in Sochi and Kazan following their opener in Moscow.

"I was generally relaxed. There is no reason for us to be nervous," Germany coach Joachim Loew said.

The top two teams from each of the eight groups go through to the last 16.

Russia, and soccer's world governing body FIFA, have both been through torrid times since the 2014 tournament in Brazil.

A 'state-sponsored' doping scandal still threatens Russia's participation at the 2018 Winter Olympics, while FIFA has been dogged by corruption, leading to disgraced former president Sepp Blatter standing down.

Blatter's successor Gianni Infantino would have been relieved that Friday's draw went smoothly.

Unlike previous laborious ceremonies, the spectacle cracked along at a rapid pace after speeches by Putin and Infantino and a display of traditional Russian dancing.

A collection of World Cup greats, with France's 1998 World Cup-winning captain Laurent Blanc and ex-England goalie Gordon Banks as well as Maradona, selected the balls from four pots with the draw completed in about half an hour.

The tournament itself will be more complex.

With 11 host cities from Kaliningrad in the west to Ekaterinburg, 2,500km away in the east, and Sochi on the Black Sea, four time zones and 64 matches it will be a feat of endurance to survive the month and reach the July 15 final in Moscow's Luzhniki Stadium.

© Copyright 2022 Reuters Limited. All rights reserved. Republication or redistribution of Reuters content, including by framing or similar means, is expressly prohibited without the prior written consent of Reuters. Reuters shall not be liable for any errors or delays in the content, or for any actions taken in reliance thereon.
Related News: FIFA, Russia, Vladimir Putin, Germany, Diego Maradona
COMMENT
Print this article 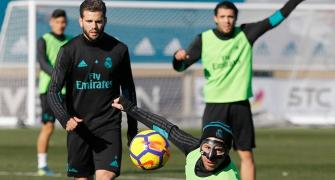 Why Real Madrid are in danger 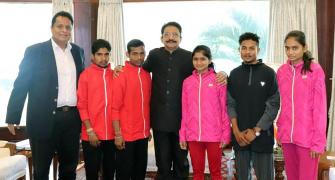 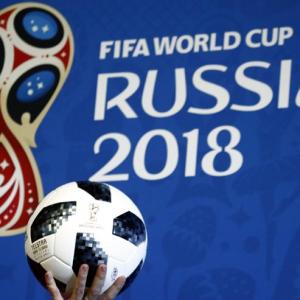 Analysis: Which is the toughest group at 2018 FIFA World Cup? Russia to kick off 2018 WC against Saudis; Spain, Portugal in same group