Have a day as wonderful as your smooth forehand: Yuvraj wishes Paes on his 47th b'day 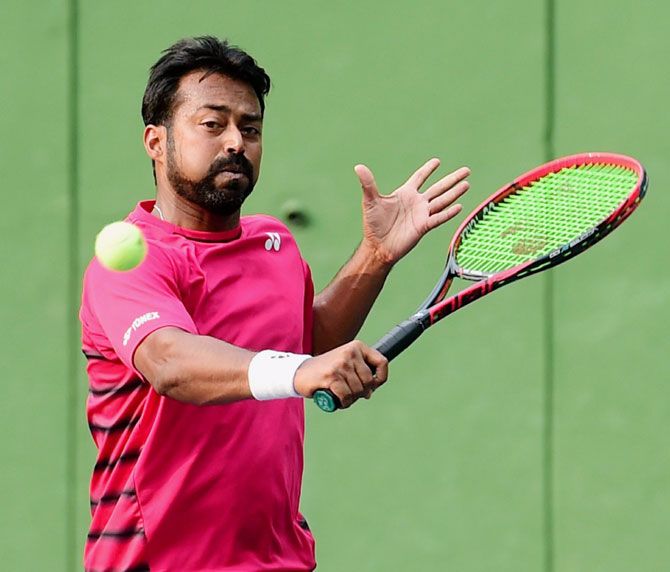 Leander Paes has been an epitome of success when it came to doubles and mixed doubles. As the tennis great ringed in his 47th birthday former India all-rounder Yuvraj Singh extended his wishes in tennis terminology.

The left-handed batsman jokingly said he and Paes could become a good retired doubles partner if the former is looking for one. Taking to Twitter the cricketer wrote, "Happy birthday brother @Leander hope you're doing good! Have a day as wonderful as your smooth forehand and backhand shots in case you're looking for a doubles partner, we can be a good retired pair stay safe!"

Union Youth Affairs and Sports Minister Kiren Rijiju tweeted, "He gave India the first Olympic medal after a gap of 44 years by winning bronze medal in 1996 Atlanta Olympics. He won multiple gold medals in Asian Games and CWG and represented India for a record 7 times in Olympics! Happy birthday to the legend and dear friend @Leander!"

On December 25 last year, Paes had announced that 2020 will be his last year on the court. The player took to Instagram to wish fans a Merry Christmas. Along with that, he also announced 2020 as his farewell year.

He won a bronze medal for India in singles in the 1996 Atlanta Olympic Games. Paes competed in consecutive Olympics from 1992 to 2016, making him the first Indian and only tennis player to compete at seven Olympic Games.