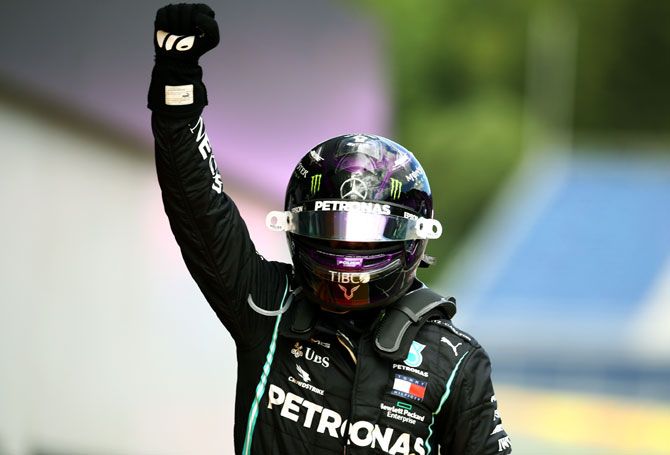 Six-times world champion Lewis Hamilton dominated the Styrian Grand Prix in a Mercedes one-two on Sunday to celebrate his 85th Formula One win and move a step closer to Michael Schumacher's record of 91 victories.

Red Bull's Max Verstappen completed the podium on a sunny afternoon at his team's home Red Bull Ring after starting on the front row and being passed by Bottas in the closing stages. 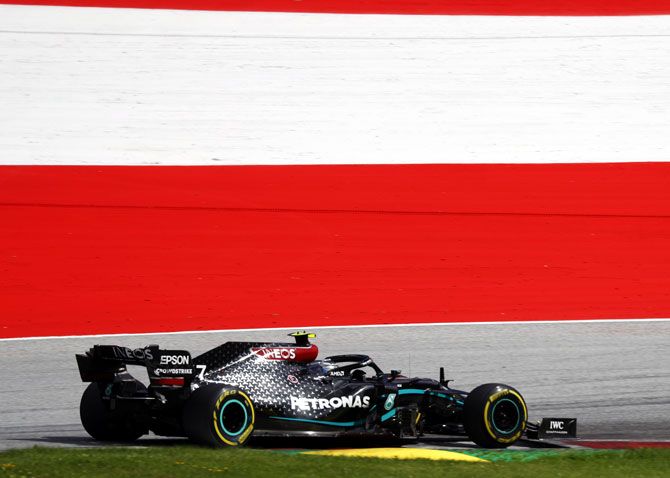 Struggling Ferrari provided a major talking point with Charles Leclerc and Sebastian Vettel colliding on the opening lap and both retiring from the race.

"What a weird year it is, but it's great to be back up here, to be driving with this kind of performance," said Hamilton, who started from pole position after a sensational lap in a rain-hit qualifying and remained in complete control.

"I'm so grateful to be back in first place. It feels like a long time coming since the last race last year, and to come back in after a difficult weekend last week is a great, great step forwards." The Briton, who wore a Black Lives Matter T-shirt on the starting grid, again took a knee with other drivers before the start as part of an anti-racism campaign.

Sunday's race was the first time a circuit has hosted two back-to-back rounds in the same championship year, with the original calendar ripped up and rewritten due to the COVID-19 pandemic. IMAGE: Lewis Hamilton, Valtteri Bottas and Pierre Gasly of Scuderia AlphaTauri take a knee in support of the Black Lives Matter movement ahead of the F1 Grand Prix of Styria at Red Bull Ring in Spielberg. Photograph: Mark Thompson/Getty Images

Bottas, who started fourth and now has 43 points to Hamilton's 37, said his afternoon had been about damage limitation.

"I still got good points, still leading (overall) so it's not too bad. Yesterday wasn't ideal," he said.

Red Bull's Alex Albon finished fourth with Lando Norris fifth, a result that moved the 20-year-old McLaren driver up to third in the standings, after overtaking both Racing Point drivers on the final lap. 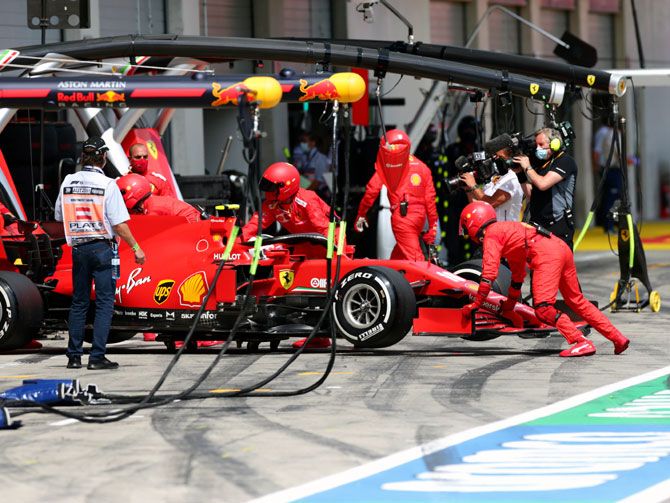